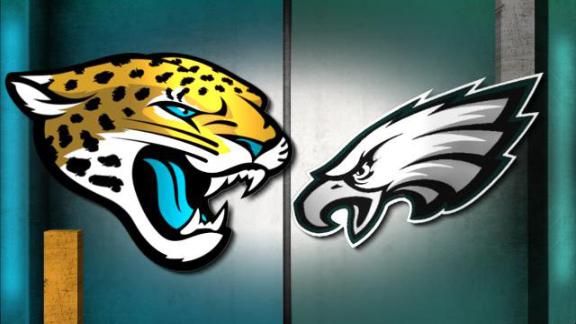 PHILADELPHIA -- The Jacksonville Jaguars will be without their best receiver in Sunday's season opener against Philadelphia Eagles after announcing Saturday that Cecil Shorts will not travel with the team because of tightness in his left hamstring.

Shorts had been listed as questionable on Friday but said he didn't think the injury was serious and was preparing as if he would play.

This will be the 12th game Shorts has missed since the Jaguars drafted him in the fourth round in 2011. He missed six games as a rookie with hamstring injuries, two games in 2012 with separate concussions, and three games last season because of a sports hernia. He finished the past two seasons on injured reserve.

Shorts' absence leaves the Jaguars with just four active receivers, only one of which has caught a pass in an NFL game: Mike Brown, a second-year player with 32 career catches in 13 games. The former college quarterback played in two games in 2012, and 11 last season.

The other three receivers on the active roster are rookies: second-round picks Marqise Lee and Allen Robinson and undrafted free agent Allen Hurns. The Jaguars won't sign either of the two receivers from the practice squad, even though Kerry Taylor has 22 catches in 10 career games, including 19 catches in seven games with the Jaguars last season.

Shorts was pulled from Thursday's practice after complaining of tightness in his left hamstring. He participated in a walk-through early Friday morning but was not at the team's practice later in the day.

Shorts said he's not having the same kind of problem he experienced on the first day of training camp, when he complained of tightness in his right hamstring. That turned out to be a strain and Shorts missed the next 23 days, including the first two preseason games.