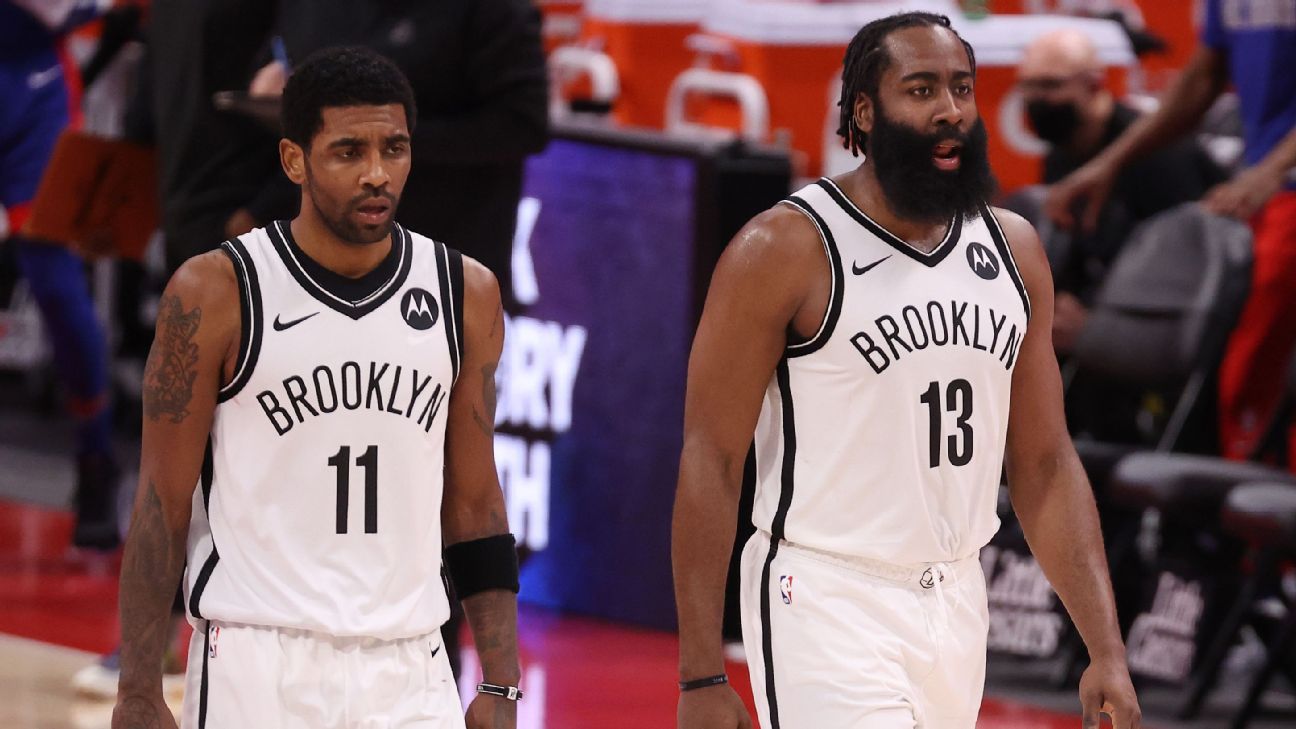 When James Harden was traded to the Brooklyn Nets in mid-January, the offensive standard he had in mind was Monday night's 136-125 win over the Sacramento Kings.

"This was the vision right here -- this game itself," Harden said. "From top to bottom, no matter when your number is called, you've got to be ready to come in and contribute, no matter what it takes. I think each individual guy has that mindset, and that's a championship-caliber team already."


The Nets connected on 27 3-pointers in Sacramento, setting a franchise record and falling two short of the Milwaukee Bucks' all-time mark. Seven of the nine Nets who played Monday collected a 3.

Harden had 29 points, 13 rebounds and 14 assists. It was his fifth triple-double since joining the Nets -- already the most 20-point triple-doubles in franchise history, passing Jason Kidd, according to Elias Sports Bureau.

Kyrie Irving, who put up 40 points and shot 15-of-22 from the field, led the way for the Nets. He finished shooting 9-of-11 from beyond the arc. Irving and Harden combined to score or assist on 112 points on Monday, according to ESPN Stats & Information research.

"It's a movie," Harden said of Irving. "It's like a show. Sometimes, I forget I'm on the court. He makes them look so effortless. It's one of the reasons why I'm here."


Irving's nine 3-pointers were the second most in a contest in his career. He declined to speak to reporters after the game.

"He's a magician with the ball," Nets forwardJeff Green said of Irving. "I've said it once before, and I love watching him when he's in that zone. He's a hell of a player, and I'm glad I'm on his side and not on the opposing side this year. We're clicking on the right cylinders right now."

The Nets' previous record of 24 made 3-pointers was set in 2018 versus the Chicago Bulls. Against the Kings, Green tied that franchise standard on an above-the-break 3 assisted by Harden with just over eight minutes left in the fourth quarter. Harden eclipsed the Nets' prior mark shortly thereafter with a 25-foot 3 off a pass from Green.

"That's the type of offensive output we're capable of," Brooklyn coach Steve Nash said after the game. "For us, it's really the defense that we're trying to continue to work with." 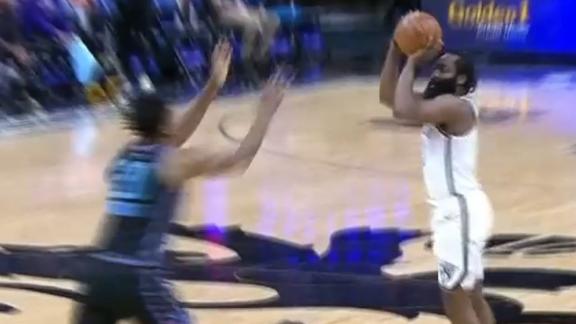