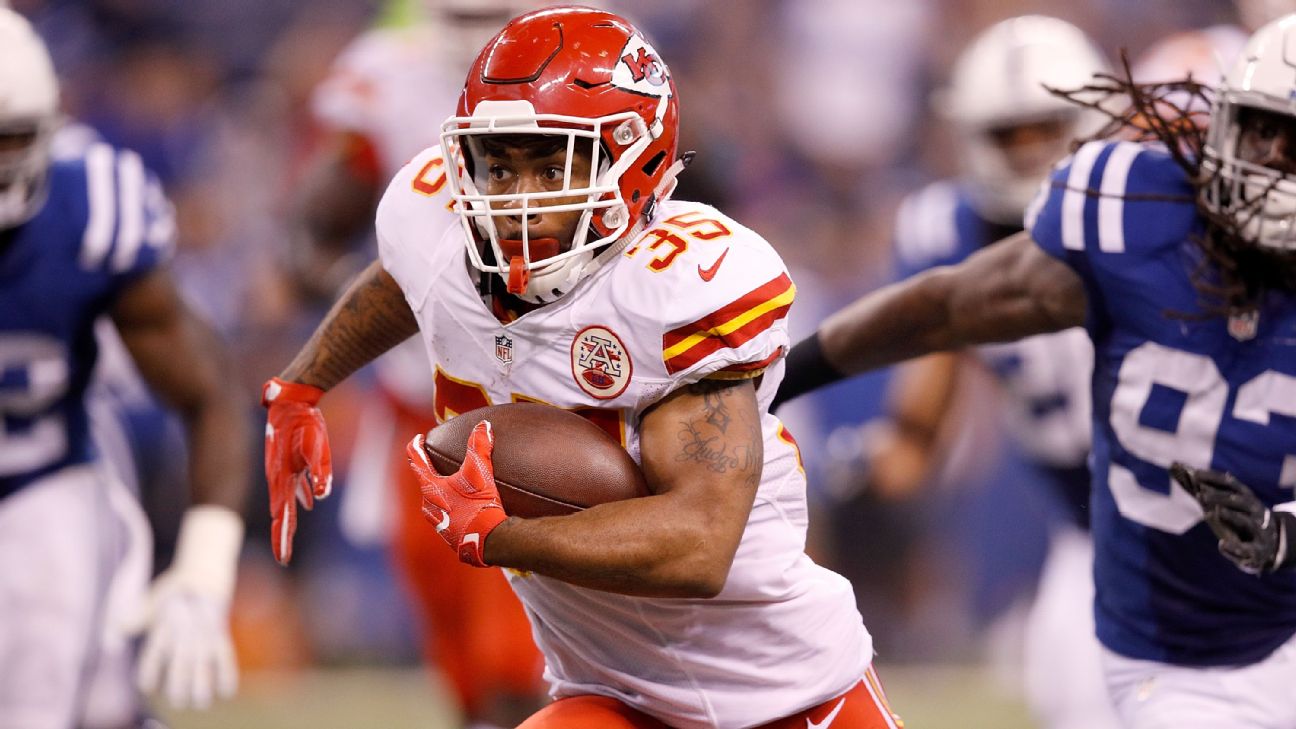 The New York Jets have signed running back Charcandrick West, who was released by the Kansas City Chiefs on Wednesday.

The Jets are still looking for a No. 3 back. This could be an indication thatEli McGuire, who suffered a broken foot on the first day of training camp and was expected to miss six weeks, is headed to IR and won't be carried on the 53-man roster.

West missed most of training camp for the Chiefs with a concussion and became expendable with the arrival of free-agent addition Damien Williams and the emergence of undrafted rookie Darrel Williams as backup options to starter Kareem Hunt.

West led the Chiefs in rushing in 2015 with 634 yards after they lost Jamaal Charles early in the season with a knee injury.

West, 27, has rushed for 999 yards and seven touchdowns in four seasons with the Chiefs. He also has 75 receptions for 552 yards and five touchdown catches.

The move Friday came a few hours before the Jets' preseason game against the Giants.