Jeurys Familia is held out as Mets talk deal with A's, sources say 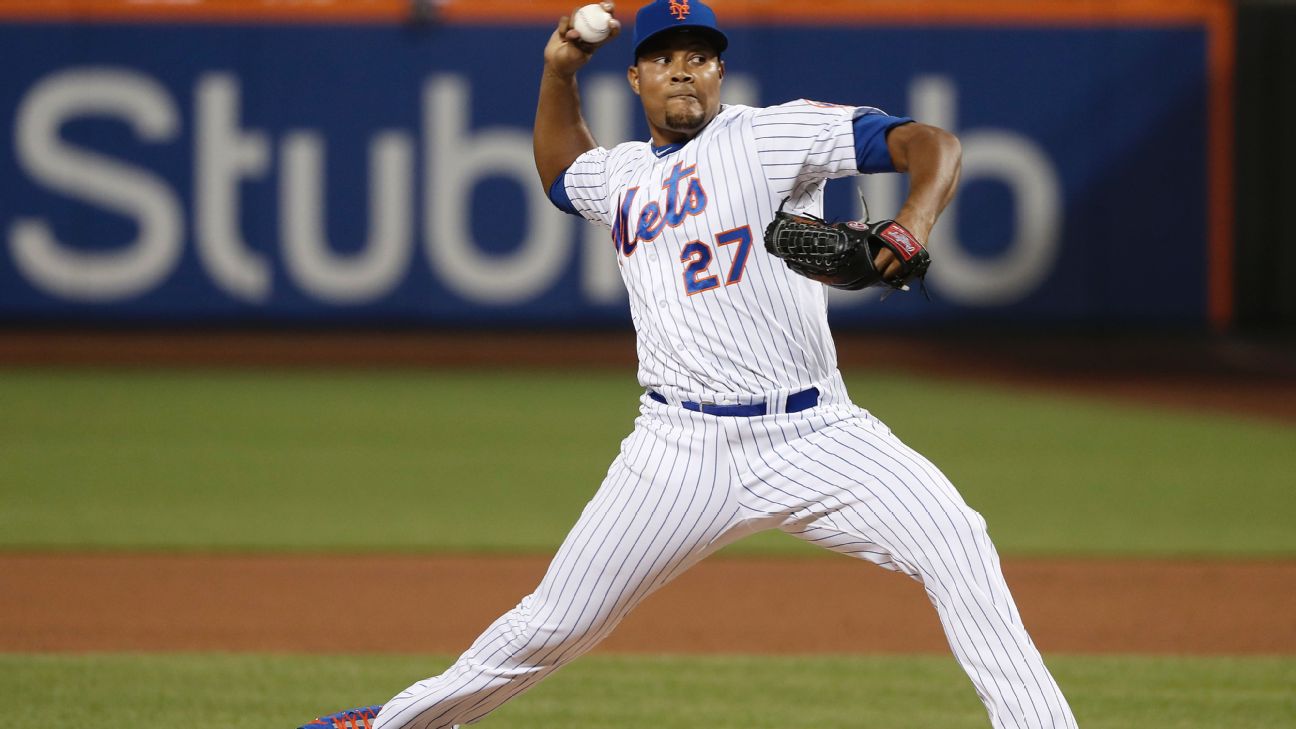 The New York Mets and Oakland Athletics are working on a trade that would send closer Jeurys Familia to the A's, sources told ESPN's Buster Olney on Friday.

The two teams are currently reviewing medical records of the players involved in the deal, sources told ESPN's Jerry Crasnick.

Familia was held out of Friday night's 7-5 win over the New York Yankees, with manager Mickey Callaway saying he was told midgame not to use Familia because "there could be a potential trade happening."

Injuries have slowed Familia in each of the past two seasons. He missed more than a month of this season with a sore right shoulder and more than three months last season with a blood clot in the same shoulder.

In addition, Familia began the 2017 season serving a 15-game suspension for violating MLB's domestic violence policy, stemming from a 2016 incident with his wife.