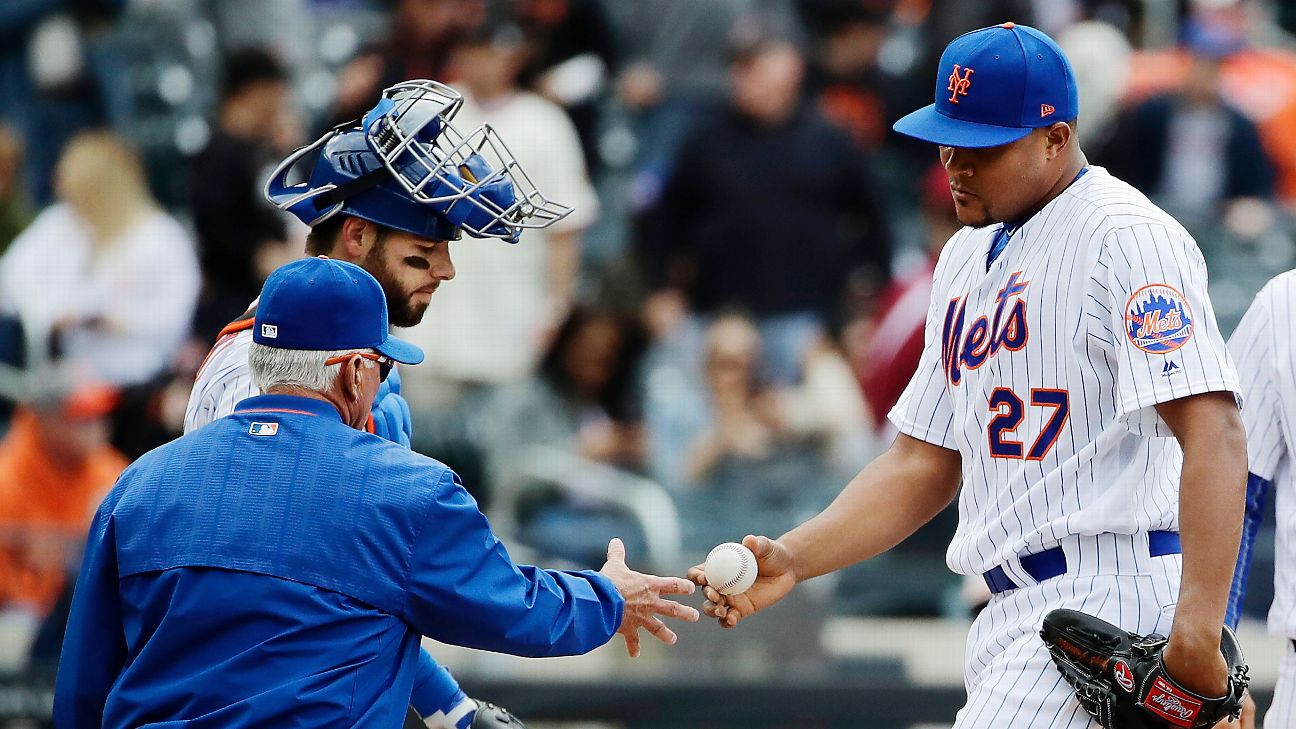 NEW YORK -- Jeurys Familia would rather be a setup man for the New York Mets than a closer for someone else.

Familia had 123 saves for the Mets, who traded him to Oakland last July. He instructed agents Sam and Seth Levinson to pursue any possibility to return to the Mets.

"Honestly, that was my goal: be back with the Mets," Familia said during a conference call Monday, three days after his $30 million, three-year contract was finalized.

New York recently acquired 2018 big league saves leader Edwin Diaz from Seattle along with All-Star second baseman Robinson Cano. Because of that, Familia will return in a different role.

"I want to pitch whatever innings they want to put me in the game," Familia said. "He's one of the best relievers in the game, the best closer. It's going to be fun."

New York also announced Monday that it had agreed to a minor league contract with 38-year-old outfielder Rajai Davis, who will report to major league spring training.

He gets a $500,000 performance bonus in any season in which he finishes 50 games. He would get a $1 million assignment bonus if traded.

A 29-year-old right-hander, Familia said returning to New York was a preference because his wife's family lives in the area.

He was 8-6 with 18 saves in 24 chances and a 3.13 ERA for the Mets and A's last season. He signed with the Mets at age 17 and had 43 saves in 2015 when New York reached the World Series. He led the majors with a franchise-record 51 saves the following year and was an All-Star, again helping New York reach the playoffs.

Familia served a 15-game suspension at the start of 2017 for violating Major League Baseball's domestic violence policy. Later that year, he had a blood clot that required surgery, and he finished 2-2 with a 4.38 ERA and six saves in 26 games.

Davis hit .224 with one home run, six RBIs and 21 steals in 101 games and 216 plate appearances for Cleveland. His two-run, eighth-inning homer off Aroldis Chapman tied Game 7 of the 2016 World Series for Cleveland against the Chicago Cubs, a game the Indians lost in 10 innings.