Joe Girardi mum on future as Yankees manager, says there are 'no guarantees' 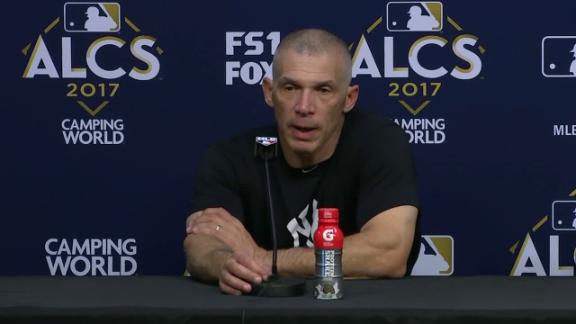 HOUSTON -- Joe Girardi said he loves managing the New York Yankees, but he is uncertain if he will back in 2018.

"There's no guarantees for me," Girardi said after his team lost Game 7 of the ALCS 4-0 to the Houston Astros.

Girardi's four-year, $16 million contract is up at the end of this season. Girardi has not definitively said that he wants to return, nor have the Yankees said they want him back. When Yankees general manager Brian Cashman was asked what type of job he thought Girardi did this season, Cashman did not directly answer the question.

"I thought everybody did everything they possibly could to get where we wanted to go -- to be the last team standing," Cashman said. "It is what it is."

Cashman's contract is also up at the conclusion of this season. However, with the Yankees' ALCS appearance and a stacked minor league system, there hasn't been much of a question of whether he will return. When asked directly if he will recommend that Girardi should return, Cashman again would not say.

"My recommendation will be to talk to our owner and sit down and find out what is next," Cashman said.

Girardi, 53, has managed the Yankees for a decade since he replaced his Hall of Fame predecessor, Joe Torre, in 2008. After failing to make the playoffs his first season, Girardi guided the Yankees to a World Series title in 2009. In his 10 years, Girardi's teams made the playoffs six times.

This season, the Yankees made it to within one win of the World Series, but Girardi had the lowest moment of his managerial career when he was most responsible for a Game 2 ALDS loss in Clevelandafter he failed to ask for replay review on a strikeout that was incorrectly called a hit batsman. The Yankees stormed back to win the final three games of the series.

Girardi would not fully commit to a return but spoke a little more in personal terms of how strong the Yankees' future looks.

"I love what I do," Girardi said. "I've always said the first thing I do is I always talk to my family first. They come first. Because I think when you have a job, I mean, your family has to buy in, too. So I'll sit down, talk to my wife and my kids and where they're at and what they're thinking, and then we'll see what the Yankees are thinking."

During his postgame news conference, Girardi talked about the future of the team and how "we can do better." He ended the answer sounding like a man who might want to be back.

"I think there are things that individual players can do better," he said. "And that will continue. And if I'm a part of it, it will be a focus." 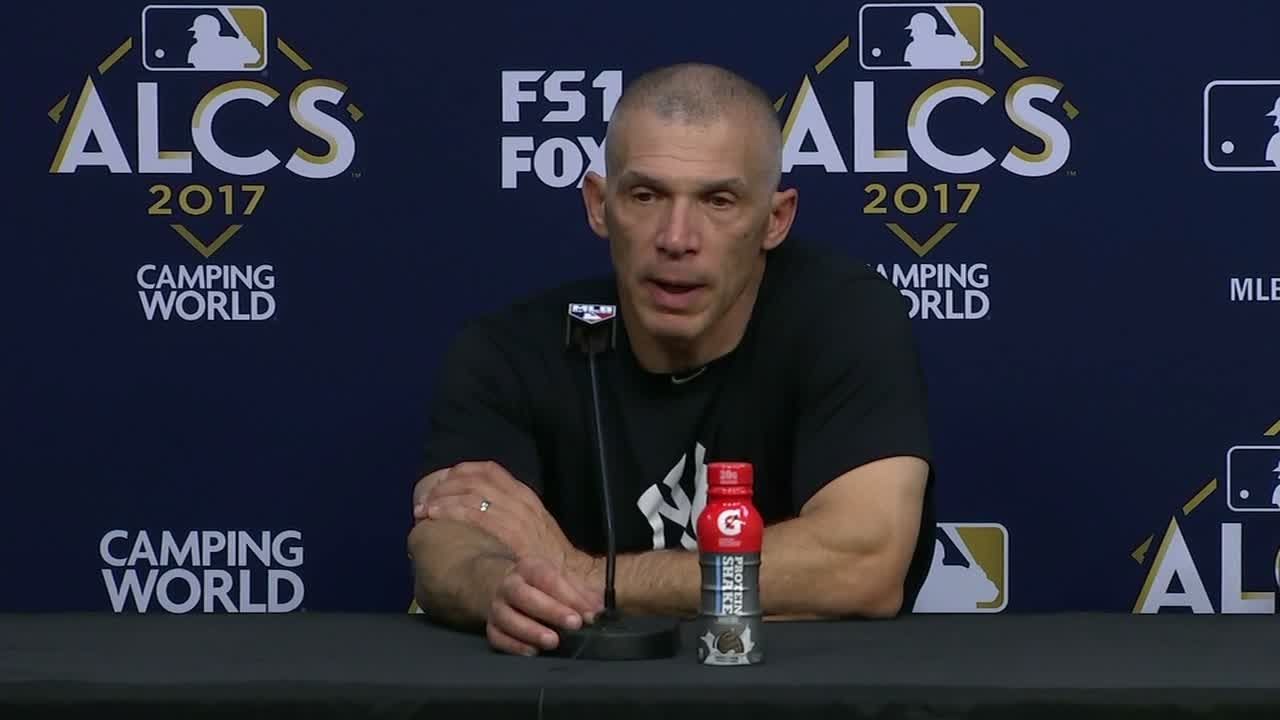