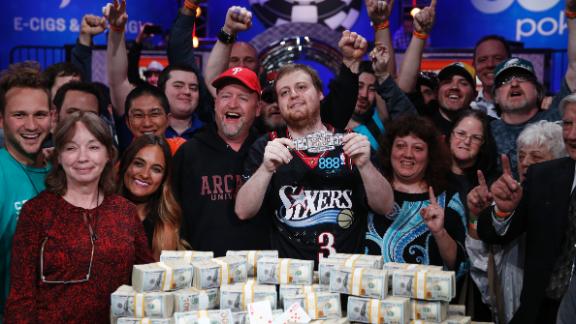 McKeehen, 25, won when his ace-10 turned into a pair of 10s on the flop, ensuring his victory in a faceoff with Joshua Beckley of New Jersey, who went all-in with a pair of fours.

McKeehen held an overwhelming lead in poker chips going into the finale and throughout the entire three-day event.

McKeehen was characteristically nonchalant in the moments after winning.

Asked whether he had any plans for his $7.68 million: not yet.

"It was just my days for three days in a row," he said of the ease of holding his lead and eventually winning.

The $7.68 million is more than 12 NFL quarterbacks who are scheduled to start this week will make this season, including Andy Dalton ($7.2 million), who has led the Cincinnati Bengals to an 8-0 mark this year.

No-limit Texas hold 'em involves each player getting two cards unseen by the rest of the table and five community cards, the first three on the flop, the fourth on the turn and the fifth on the river, with betting between each.

The championship got its start in 1970 with an invite-only event at Benny Binion's Las Vegas casino, where the men gathered around the table initially chose the winner, and has grown to a global contest that attracts thousands of poker players each year.

World Series of Poker tournament events began in May and continued for 51 days with 68 events, culminating with the annual main event. It's a grueling multiday poker marathon that whittled down the competition from 6,420 entries at $10,000 each to nine players, all already guaranteed at least $1 million each.

McKeehen sent home six of the nine final players in showdowns over the three days, including 61-year-old Neil Blumenfield, who went home with $3.4 million in third place when his pair of twos couldn't outdo McKeehen's pair of queens.

"I'm not happy with how I played today, but obviously it was a great run. If you had asked me four months ago about finishing third, I would have been very excited about that," Blumenfield said.

The former tech executive from San Francisco, who started a company and sold it to Intuit in 2013, said he's done with the software business. He was laid off in between early World Series of Poker events during the summer and the main event's start, which had him weighing the $10,000 entry, at first.

"There's actually a lot of similarities between startup software and poker. In both cases, only the top 10 percent cash, and among that 10 percent, only the top one or two really make any money at all," he said.

The two played on -- sitting between stacks of cash and a prized, pricey, World Series of Poker bracelet encrusted with diamonds and rubies -- until McKeehen claimed the final victory, landing a lucky second 10.

The Associated Press and ESPN Stats & Information contributed to this report. 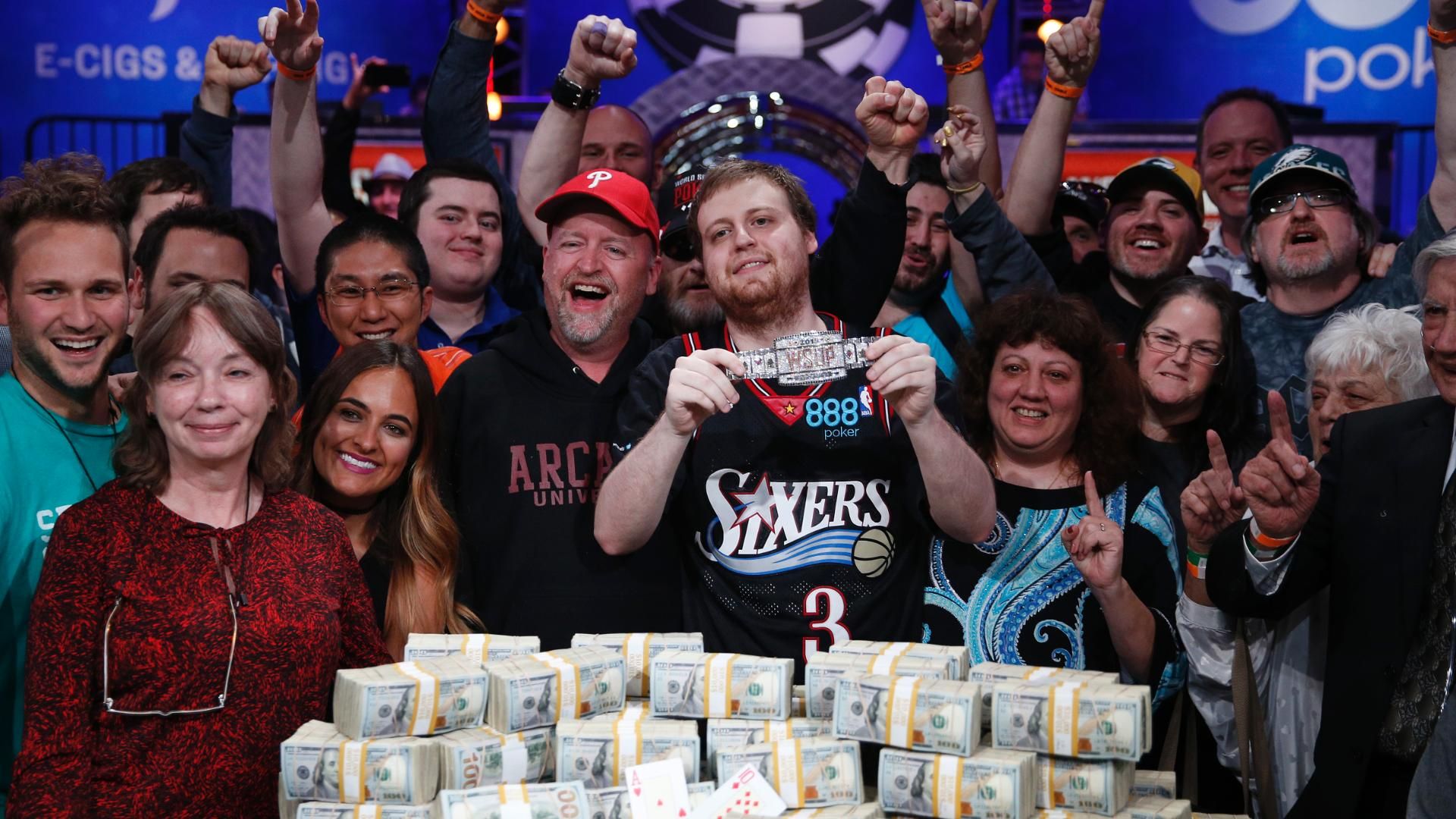