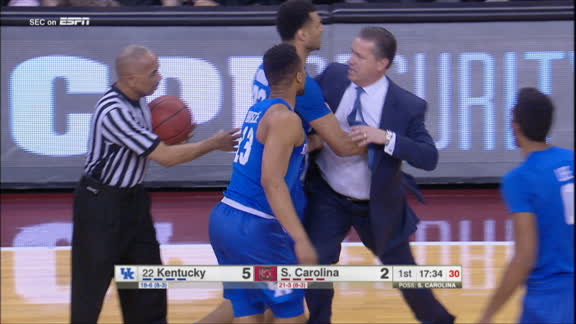 COLUMBIA, S.C. --Kentucky Wildcats coach John Calipari was hit with two technical fouls and ejected with 17:34 remaining in the first half of Saturday's road victory against theSouth Carolina Gamecocks.

With Kentucky leading 5-2 in a battle for first place in the SEC, Calipari exchanged words with official Doug Sirmons after South Carolina'sMindaugas Kacinas was called for an offensive foul for bowling over the Wildcats' Jamal Murray while contesting for a rebound.

In a previous scrum, officials did not call a foul on the Gamecocks'Michael Carrerawhen he jumped over a pair of Kentucky players and scored.

After receiving a first technical, Calipari walked toward Sirmons along the sideline at midcourt and continued arguing vehemently, receiving a second technical.

Assistant coach Tony Barbee, Murray, Isaiah Briscoe and Marcus Lee had to hold Calipari back as he tried to return to the floor and continue the exchange. Calipari eventually left the arena and returned to the locker room.

Calipari took to Twitter after the game to praise his team.

Sirmons was not done with the technical after Calipari left, calling two more in the second half.

He called South Carolina's Jamall Gregory for a technical foul in the second half after the freshman slapped at the ball in a Kentucky player's hands following a Wildcat turnover. Tyler Ulis made both free throws for Kentucky.

Briscoe was also called for a technical by Sirmons for slamming the ball after Murray's basket.Duane Notice hit both of those free throws for the Gamecocks. 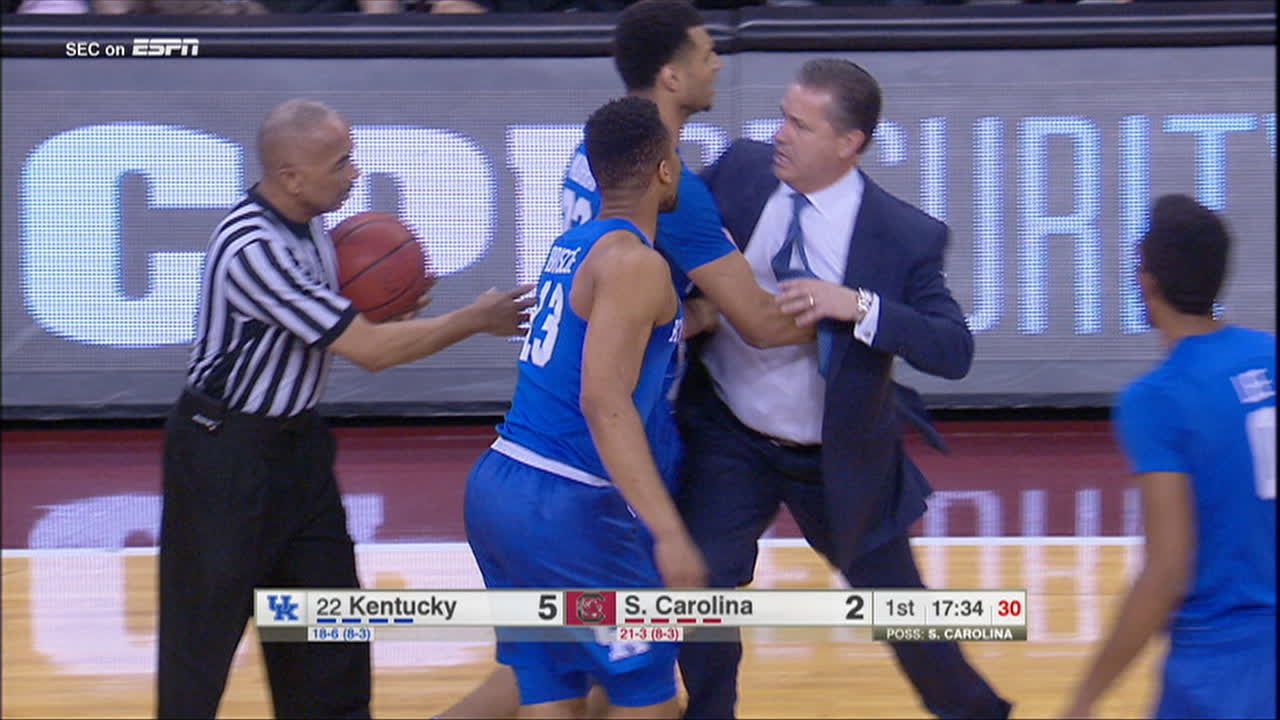