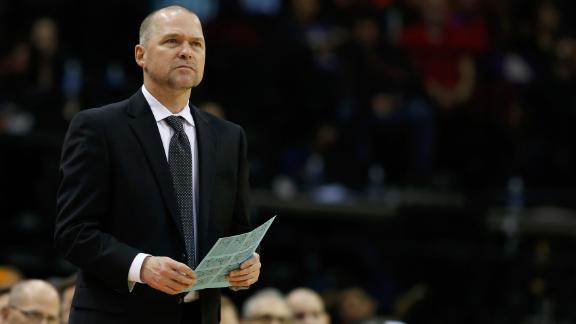 The Sacramento Kingshave fired coach Mike Malone and replaced him with assistant Tyrone Corbin on an interim basis.

NBA coaching sources have identified ESPN analyst George Karl as a serious target of the Kings to replace Malone in the long term, thanks in part to his association with Sacramento general manager Pete D'Alessandro from their days working together in Denver.

Yet it remains to be seen how interested Karl is in Sacramento specifically, as well as how long the Kings want to give Corbin as interim coach. NBA coaching sources say Karl, 63, is generally eager to return to the league and has been searching for the right fit to launch his comeback after his ouster by the Denver Nuggets following a 57-win season in 2012-13 that earned him Coach of the Year honors.