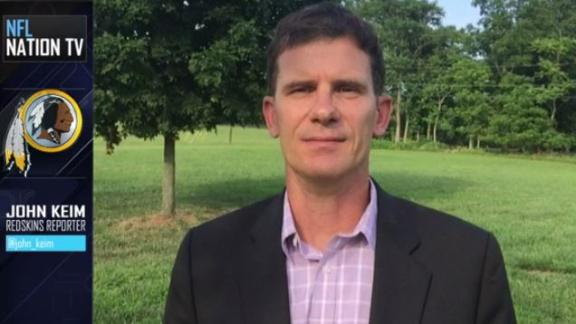 Quarterback Kirk Cousins will play under the one-year franchise tag this season after he and the Washington Redskins failed to reach an agreement on a long-term deal by Friday's deadline, a source told ESPN.

The inability to strike a deal was not a surprise and, in fact, had been forecast for months by multiple outlets, including ESPN.

Cousins, who will receive a guaranteed $19.95 million, becomes the second quarterback to play under the franchise tag. Drew Brees played under the tag in 2005 with the San Diego Chargers. After the season, Brees signed with the New Orleans Saints as the Chargers turned to Philip Rivers, their 2004 first-round pick.

In the other seven times in which a team used the franchise tag on a quarterback, the sides agreed to a deal by the deadline.

But Cousins' contract was up at a good time for him -- with the salary cap rising this season and in 2017 -- and at a tough time for the Redskins. Of Cousin's 25 career regular-season starts, 16 came in 2015. Before the final 10 games last season, Cousins had been inconsistent. Down the stretch, however, Cousins led the Redskins to an NFC East title, throwing 23 touchdowns and only two interceptions. For the season, he threw 29 touchdown passes and 11 interceptions.

It was enough to convince the team's ownership to part ways with one-time face of the franchise, Robert Griffin III.But it was not enough to meet Cousins' asking price, which started at around $20 million, according to multiple sources.

"I would love to do a long-term deal with Kirk," Redskins general manager Scot McCloughan said earlier this offseason, "but I'm not going to ruin the organization financially to do it.

"But he's our leader on offense, he's our quarterback," McCloughan said. "We won the NFC East last year. That's pretty cool. That's what we need, we need those types of guys. But you can't go crazy because it's about 53 players, not one. That's what we keep preaching."

From the beginning, sources close to Cousins said he was comfortable playing under the one-year tag. Cousins also knows if he plays well, there's a huge payday in his future. Cousins, a fourth-round pick in 2012, played behind Griffin for his first three seasons before winning the job last August.

"I'll let my play do the talking," Cousins said in May. "Nothing in this league is promised to you. Whether it's a one-year deal or a 10-year deal, I have to prove myself every game and every year. I feel very established in my role and excited to take advantage of the opportunity, which is a phenomenal opportunity."

The sides now must wait until after the season to reach a deal. If they don't, the Redskins could use the franchise tag on Cousins again at a cost of approximately $24 million.

The Redskins and Cousins have said the right things this offseason, not turning the negotiations into an acrimonious situation. McCloughan has a long-time relationship with Cousins' agent, Mike McCartney.