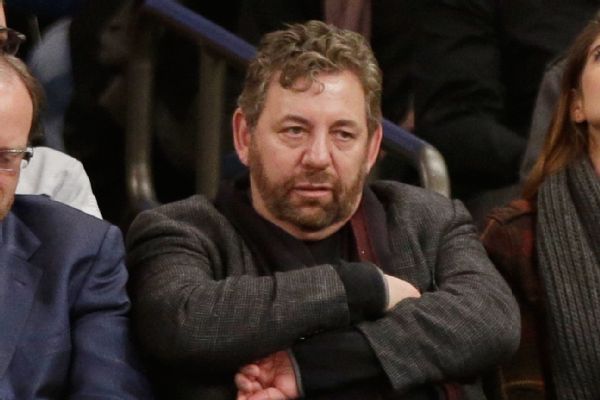 The suit alleges that Dolan and Lasry -- among other Weinstein associates -- knew of the movie producer's "pattern and practice of predatory sexual conduct toward women" because of their relationship with him.

The suit was filed by six women who allege that they were assaulted by Weinstein, who has been accused by dozens of women of sexual assault in recent months, according to media reports. The plaintiffs listed in the current suit are seeking a jury trial and a class action status.

"Defendants' conduct has caused widespread damage, including personal injury, emotional distress, and damage to the careers of plaintiffs and the class, for which Defendants must be held responsible," the suit says.

A spokesperson for Dolan told ESPN: "We just received the complaint and are currently reviewing. We will not have a comment until that is complete. We can state that Mr. Dolan is confident that he acted appropriately in all matters relating to his time on the Weinstein board."A spokesperson for Lasry declined comment.

Also named as defendants are Mirimax, which is Harvey Weinstein's former company, and current and former board members of the Weinstein Company, which include Dolan and Lasry.

Dolan left The Weinstein Company Board of Directors in June 2016, citing his day to day business responsibilities and personal commitments as reasons for his decision to step down. He was replaced by Lasry, who left the board in October in the wake of allegations of sexual harassment against Weinstein, according to the New York Times.