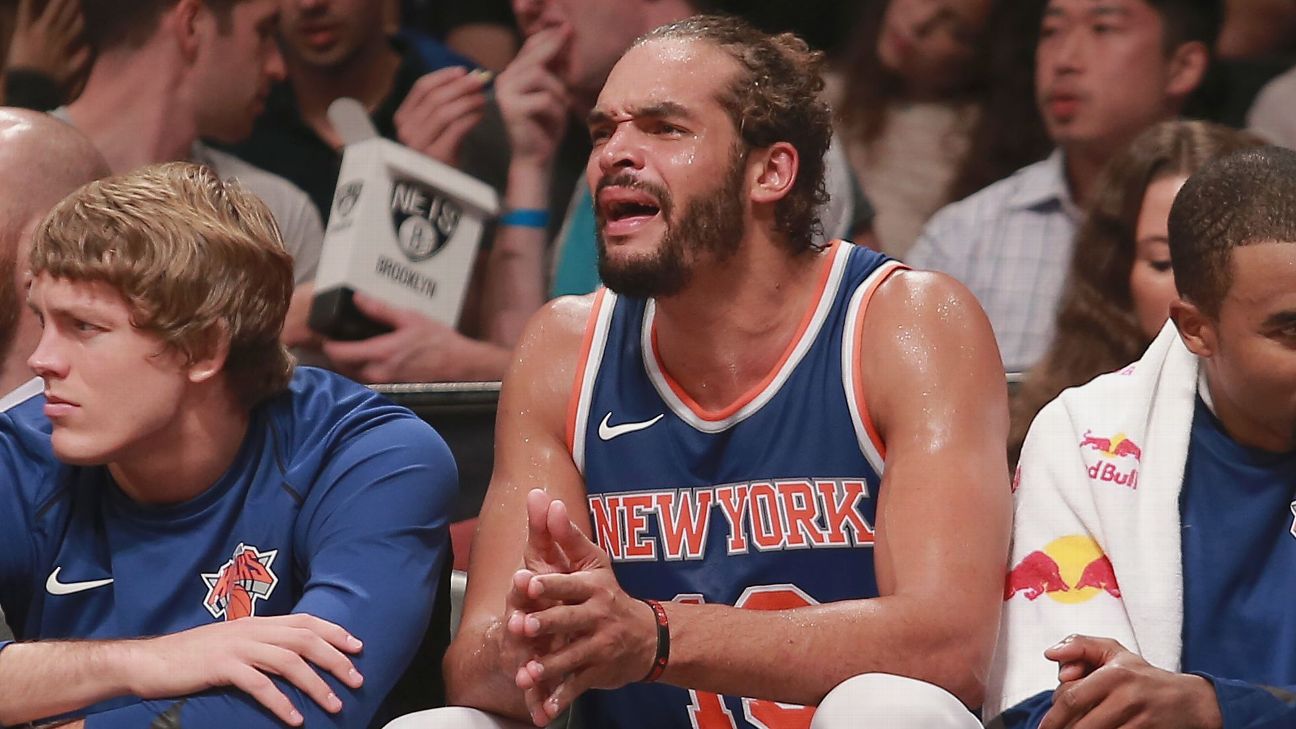 ESPN
By Ian Begley and Adrian Wojnarowski
After waiving Joakim Noah on Saturday, the New York Knicks will use the stretch provision on the remaining year of his contract to clear salary-cap space in an effort to pursue top free agents in the summer of 2019, league sources told ESPN.

With the Noah contract stretched, New York is closer to having enough cap space for a max player.

If the Knicks, as expected, do not give Kristaps Porzingis a max rookie extension by Oct. 15, they project to have $31 million in room next summer. The room does not factor in the salary owed to their 2019 first-round pick or the free-agent hold of Enes Kanter, who is in the final year of his contract.

The Knicks will need to complete at least one more transaction to reduce their 2019-20 salary commitments in order to sign a free agent to a max contract.

The club had hoped to trade Noah without taking back much salary, which would have gotten them closer to having the cap space for a max free agent.

Dating back to last February, Knicks general manager Scott Perry had been attempting to move Noah, but he had been cautiously unwilling to include the necessary assets -- a good young player or a future first-round pick or picks -- to make Noah's contract palatable to another team.

Noah will become an unrestricted free agent and be available to prospective teams after clearing waivers early next week. The Timberwolves have showed no interest in signing Noah, league sources said. Minnesota's Tom Thibodeau coached Noah for five seasons when they were with the Chicago Bulls.

Noah and the Knicks separated in February after his heated argument with then-coach Jeff Hornacek. The relationship spiraled after Noah and Hornacek had to be separated during a West Coast practice session in late January. Noah became vociferous toward Hornacek in the aftermath of a brief appearance in a Jan. 23 game and engaged the coach verbally in practice the next day.

In the end, that turned out to be the conclusion of Noah's brief tenure with the Knicks.

Former Knicks president Phil Jackson signed Noah to a four-year, $72 million free-agent deal in July 2016 with the hope that he could be an anchor for New York's defense.

Noah, a two-time All-Star for the Bulls and 2014 Defensive Player of the Year, never made an impact with New York. He played 46 games in the 2016-17 season, losing time to various injuries and an arthroscopic surgery on his left knee.