LSU, Florida players get in scuffle on sideline before game 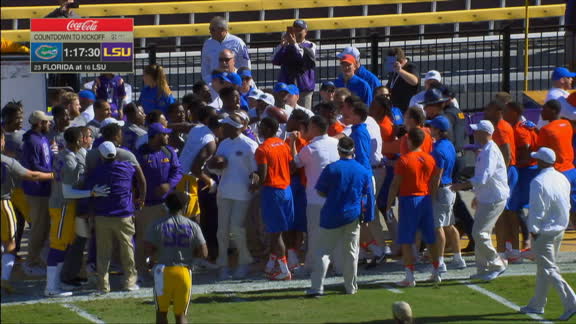 Tensions rose ahead of Saturday's game between LSU and Florida, as a scuffle broke out on the field before the contest.

Players and team staff had to be separated near one sideline during warm-ups amid pushing and trash talk between the two sides.

The incident started after freshmen cornerbacks Chauncey Gardner (Florida) and Saivion Smith (LSU) started jawing at each other.

LSU star running back Leonard Fournettegot involved in the skirmish and shoved Florida defensive backs coach Torrian Gray, according to the Atlanta Journal-Constitution.

Saturday's contest is a makeup from the originally scheduled Oct. 8 game in Gainesville, Florida, that was postponed because of Hurricane Matthew.

The game was moved to Baton Rouge, Louisiana, as part of the agreement to reschedule, which was a contentious negotiation that included multiple threats to cancel the matchup. 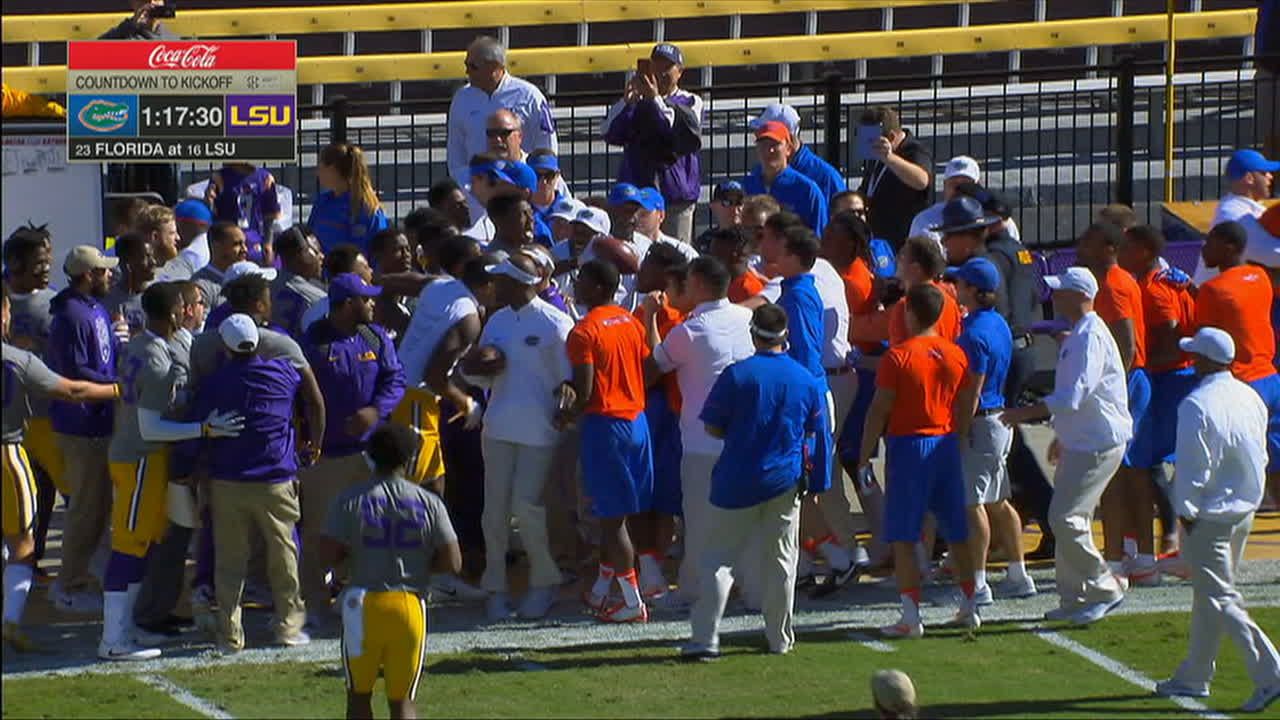