Make the Marlins a winner? Don't ever doubt Derek Jeter 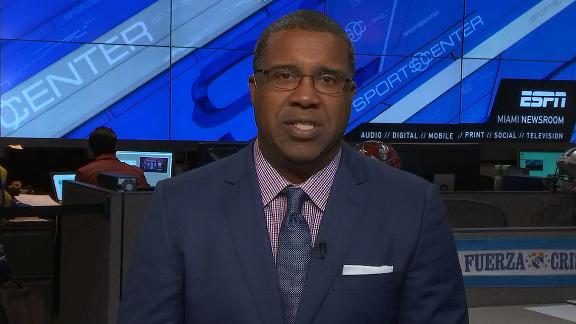 ESPN
By Ian O'Connor
Derek Jeter won the auction for the Miami Marlins, but you already knew that. In fact, the moment you heard Jeter was involved in a group pursuing the purchase of the Marlins, you probably figured muscle memory would rule the day and that No. 2 would finish No. 1.

Jeter wins. It's what he does -- in baseball, in business, in life, in love. How many people on the face of the earth are better at something than Derek Jeter is at winning?

Jeter is part of a group of investors headed by New York venture capitalist Bruce Sherman that is finalizing an agreement to buy the Marlins for $1.2 billion. The deal is likely to be announced within the next few days.

Derek Jeter told his youth baseball and basketball teammates in Kalamazoo, Michigan, that he would become a New York Yankee, and they thought those were wild, big-city dreams. Jeter became a Yankee as the sixth pick in the 1992 draft after the Cincinnati Reds decided, at the last second, that Chad Mottola was the better call as the fifth pick.

Derek Jeter told his minor league teammate and friend, R.D. Long, that he would never allow the Yankees to use his dizzying number of errors as a reason to move him from shortstop to the outfield. Jeter became a lifer at shortstop.

Derek Jeter told reporters and fans and everyone else who asked that his primary post-playing mission was to become an owner. And voila, a little more than two seasons after he delivered his final Yankee Stadium hit as a 40-year-old -- a miraculous game winner, you'll recall -- he stands on the doorstep of MLB ownership. His first manager could be Don Mattingly, of all people.

One spring training day, Mattingly was the Yankees captain who famously advised the novice Jeter, who was walking off an empty back field, to always run on or off a ballfield, "because you never know who's watching you." Jeter ran out everything for the rest of his baseball life, building his iconic career around a relentless drive that ultimately wore out his opponents. He developed into a first-ballot Hall of Famer on grit and resourcefulness more than on talent, and that will serve him well as an executive trying for the first time to win like a Yankee without the benefit of a Yankee payroll.

Jeter's teams won 22 postseason series -- 22 -- including five World Series titles. He had a lot of help in the form of manager Joe Torre, Mariano Rivera, the Pettittes and Bernies and Tinos and Paulies and Posadas. And every last one of those Yankees will tell you their championship seasons revolved around the shortstop and his willingness to grind through injuries, through everything, in the ultimate grinders' sport. Jeter was to the Yankees' dynasty almost what Tom Brady is to the New England Patriots'.

So you should go ahead and bet that Captain Intangibles will make a tangible difference if he ends up in an executive suite in Miami, where the Marlins are trying to break a streak of seven consecutive losing seasons. The franchise has managed 18 losing seasons out of 24 but has won two championships along the way, including the 2003 World Series against Jeter's Yankees. It has been a bizarre run defined by bizarre and destructive ownership choices. Jeter was pretty good at cleaning up George Steinbrenner's messes, and the experience will surely help him clean up Jeffrey Loria's.

This much is certain: If Jeter's Marlins ever win the World Series, Jeter won't race onto the field and make an amateur-hour dash around the bases as Loria did in the old Yankee Stadium in 2003, right after ace Josh Beckett made the home team look like a junior high squad from the Bronx. Jeter will act like he's been there before, because, you know, he has.

When MLB owners get around to approving this sale -- and who among them wouldn't want to trade Jeffrey Loria for Derek Jeter? -- Loria will walk away with $1.2 billion, a pretty good return on his $158 million investment in 2002. But baseball is the big winner here. Commissioner Rob Manfred didn't want his most marketable retired player spending the rest of his second career managing a website for athletes. If the Steinbrenners weren't going to give him a piece of the family business, baseball wanted Jeter to do what was once unthinkable: trade the pinstripes for a new uniform. 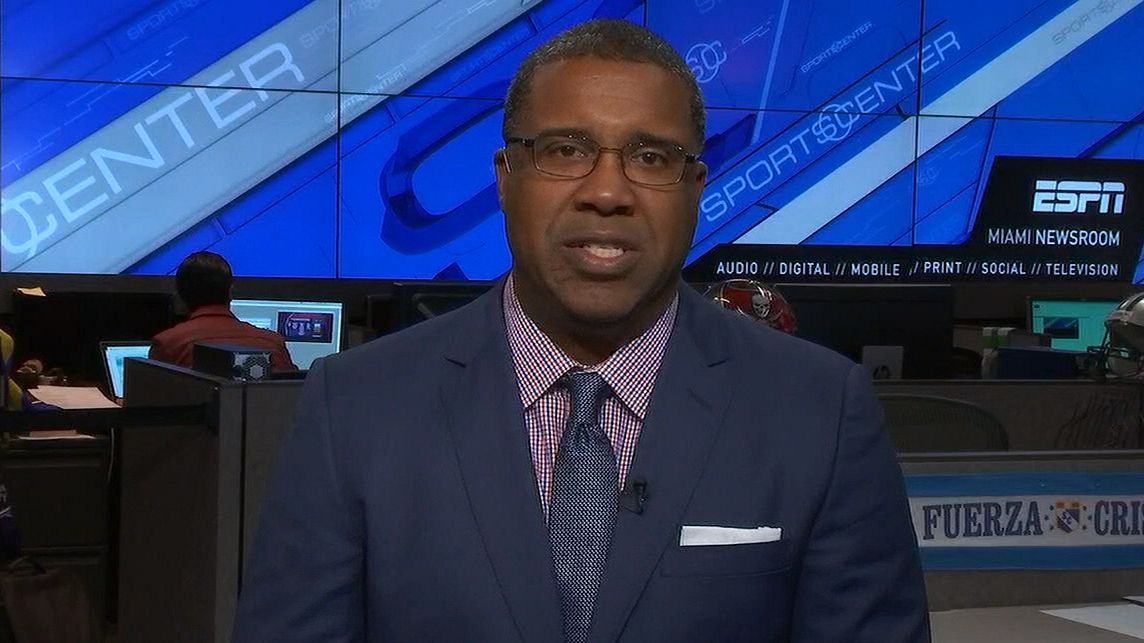 How did captaincy prep Jeter to become an owner?
Eduardo Perez says that being a part of an ownership group was Derek Jeter's "goal" all along and Jeter will be able to dominate off the field just as well as he did on the diamond.
Report a correction or typo
Related topics:
sportsespnownermlbmiami marlinsnew york yankeesderek jeterjeffrey loria
Copyright © 2020 ESPN Internet Ventures. All rights reserved.
More Videos
From CNN Newsource affiliates
TOP STORIES