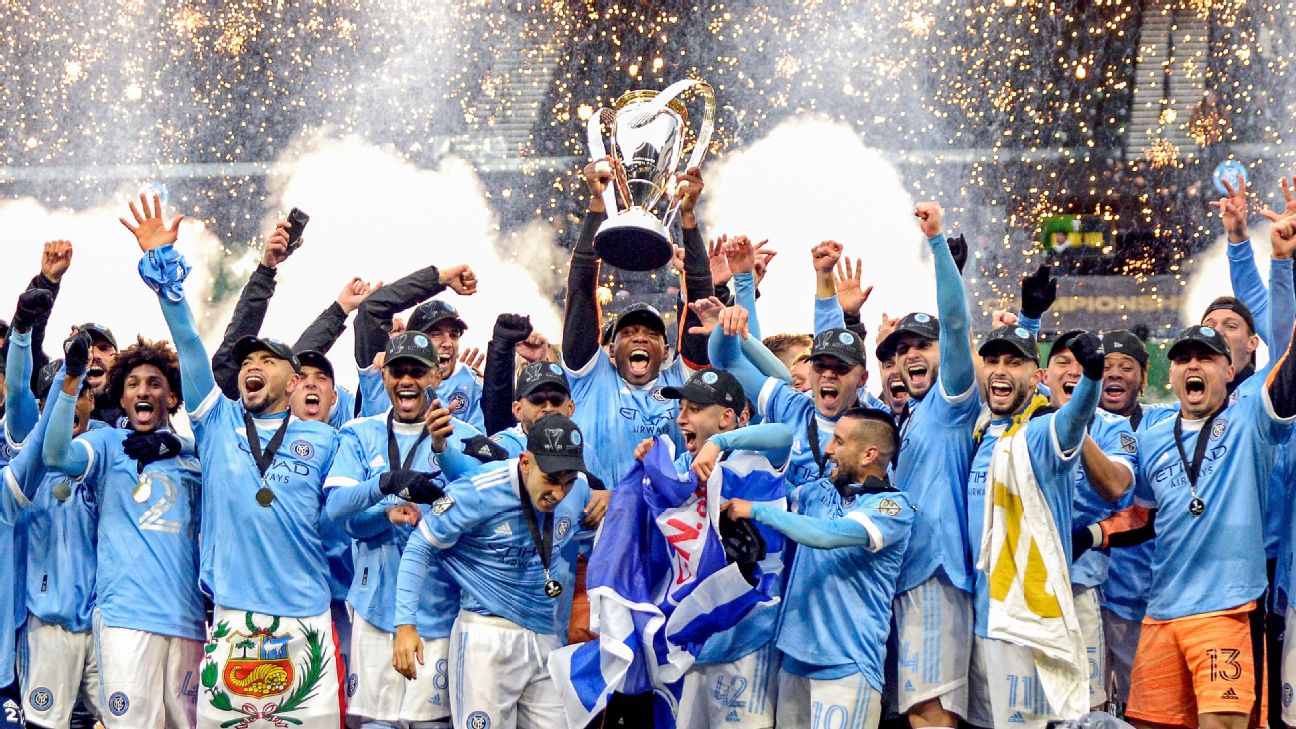 This article first appeared on ESPN on June 28, 2021 and has been updated.

Congratulations are due to New York City FC, who emerged triumphant in the MLS Cup final on Saturday (stream a replay on ESPN) to claim their first-ever title.


NYCFC beat the Portland Timbers to claim a historic first title, winning 4-2 on penalties after the game was tied at 1-1 after 120 minutes at Providence Park.

Mumbai City were the first CFG-owned club to claim the honours in 2021, wrapping up their maiden Indian Super League title back in March with a decisive victory over ATK Mohun Bagan.

Pep Guardiola'sManchester City followed suit shortly thereafter by winning the Premier League at a canter in May, before Australia's Melbourne City completed the hat trick in June, withNYCFC's win this weekend being the fourth.

From the United States to Uruguay, CFG now own (or part-own) a portfolio of clubs dotted all around the world with many of their investments beginning to bear fruit in terms of on-pitch success.

Here's a look at how all of the clubs under the CFG umbrella have fared since being taken over by the Abu Dhabi-owned, British-based company.

- Stream a replay of the MLS Cup final on ESPN

CFG's flagship club, City have undergone a vast overhaul since Sheikh Mansour and the Abu Dhabi United Group finalised their takeover in 2008. Officially, CFG came into the picture at City upon the group's creation ahead of the 2013-14 campaign, securing the Premier League title in their first season followed by another three titles (2017-18, 2018-19, 2020-21) under Pep Guardiola, as well as a plethora of domestic cups. They still await glory on the European front, but City did reach their first Champions League final in 2020-21 only to be narrowly beaten by Chelsea.

Although City's women's team had existed since the late 1980s, they had only been affiliated with the club until the Abu Dhabi Group made it official by bringing them under the same roof in 2012. After CFG took the helm, City Women won their first major trophy with the 2014 FA Women's League Cup before narrowly missing out on the league title in 2015. By this point they had firmly established themselves as a major force to be reckoned with and went on to win their first WSL title in 2016 before subsequently finishing runners-up every season since. They've also claimed the Women's FA Cup on three occasions in 2016-17, 2018-19 and 2019-20.

CFG began their association with Melbourne City in 2014 when they entered into an ownership deal for the club (then called Melbourne Heart) in partnership with rugby league franchise Melbourne Storm. CFG then bought out Storm's stake a year later and acquired full ownership, having rebranded the club as "Melbourne City" and changed the colour of their home kit from red-and-white stripes to sky blue.

The club's women's was formed in 2015 and, with better infrastructure than many of their more established opponents, they took the W-League by storm, winning two premierships and four championships between 2015-16 and 2020.

Mumbai City were formed in 2014 and took part in the inaugural Indian Super League season that same year, though they struggled to compete and eventually finished seventh in an eight-team league. However, with CFG providing support, City's fortunes have improved year on year to the point that they secured their first-ever ISL title at the seventh attempt. City won the league by pipping rivals ATK Mohun Bagan on goal difference before beating the same side 2-1 in the grand final to lift the championship back in March.

Originally a partnership between Manchester City and the New York Yankees baseball team, New York City were announced as a new expansion franchise in May 2013 and began competing in MLS two years later.

The two Citys have enjoyed a close working relationship, swapping players and coaches over the years. However, despite once boasting a squad that featured Andrea Pirlo, David Villa and Frank Lampard, NYCFC did not enjoy the same levels of success as their English counterparts, reaching the playoffs on multiple occasions but never coming close to the championship before this year.

However, Ronny Deila's sidelifted the first piece of silverware in the club's seven-season history on Saturday with2021 Golden Boot winner Valentin Castellanos scoring in a 1-1 draw in normal time, beforecaptain Sean Johnson made two saves in the penalty shootout to secure the win.

Girona FC were first founded in 1930 and already boasted a long history of their own before CFG purchased a stake in the summer of 2017, shortly after the club had sealed their first-ever promotion to La Liga. At that point, the ownership of the club was split between CFG and a consortium led by Pere Guardiola, football agent and brother of Manchester City manager Pep.

Alas, Girona weren't able to preserve their top-flight status for very long and were relegated back down into the Segunda Division on the final day of the 2018-19 campaign.

In partnership with car manufacturers Nissan, CFG acquired a stake in Japanese side Yokohama F. Marinos in 2014. Since then, Marinos have been crowned J1 League champions once (2019), their first silverware of any kind since winning the Emperor's Cup in 2013, and came second toKawaskai Frontale in November.

In April 2017, CFG purchased Club Atletico Torque and quickly altered their name to add that familiar "City" branding. This also coincided with the Montevideo club ascending from the second tier to make their debut in the Uruguayan Primera Division in 2017-18. However, they ended the season in the relegation zone and duly dropped back down into the second tier, only to bounce straight back up to the top flight by winning the league in 2018-19.

Far from struggling, Torque then went on to finish a respectable third place in both the Apertura and Clausura stages of the 2020 Primera Division campaign, aided in no small part by their brand new state of the art training facility at the Montevideo City Football Academy.

CFG purchased a stake in Chinese third-tier side Sichuan Jiuniu in February 2019, with promotion up into China League One (second tier) decided ahead of the 2020 season.

CFG became majority stakeholders in Belgian club Lommel in May of 2020, with the club competing in the First Division B -- i.e. the second tier. Lommel therefore became the ninth club to join CFG and duly finished third in their maiden league campaign as part of the family after finishing bottom of the pile in 2019-20. The Belgian club were managed by Liam Manning, who previously worked as academy director for New York City until the summer of 2020, at which point he left one CFG club to join another before departing for MK Dons and being replaced by his assistantPeter van der Veen.

The 10th and most recent club to be added to the portfolio, Troyes became a CFG club when the group purchased the shares belonging to former owner Daniel Masoni in September 2020. Troyes spent the 2020-21 season in the second tier but are now playing top-flight football alongside the likes of Paris Saint-Germain and Lyonafter finishing the campaign as Ligue 2 champions. 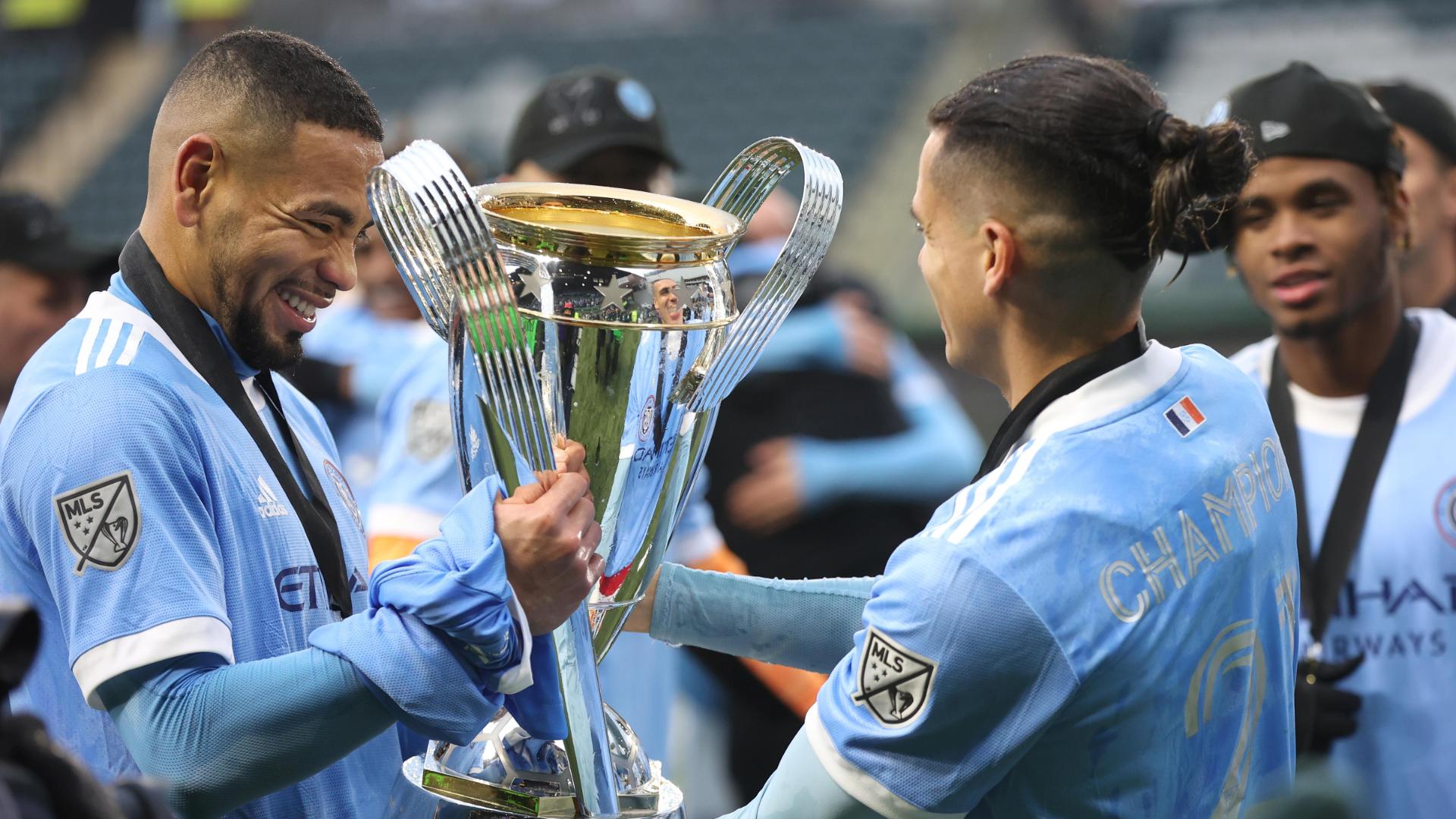