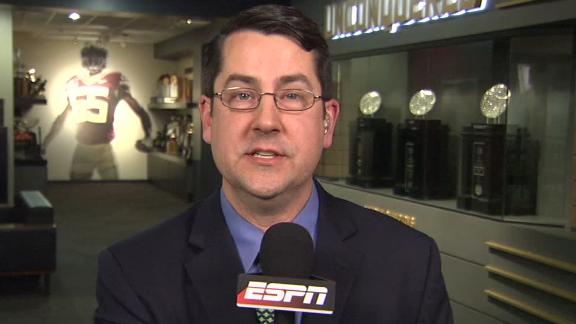 HOUSTON -- With a strong effort in the homestretch, coach Jimbo Fisher and Florida State were able to reel in the nation's No. 1-ranked defensive tackle on signing day Wednesday.

Marvin Wilson, the No. 4 overall player in the 2017 ESPN 300, announced Wednesday that he will sign with the Seminoles, putting a punctuation mark on a top-five recruiting haul for Fisher and his staff.

Wilson, the top-ranked prospect in Texas, chose FSU over LSU, Ohio State, Oklahoma and South Florida. He made the announcement in front of friends, family and classmates at Episcopal High School.

Asked what made the difference in the end, Wilson pointed to last week's in-home visit Fisher and the Seminole coaches made.

"Jimbo came to my house and gave me the greatest pitch," Wilson said. "We're going to be a family environment; he's going to take care of me on and off the field; we're going to do community service; we're going to do great things at Florida State and win national championships, be draft picks and be good after football is over with. That's what he promised me, and I'm going to take him at his promise."

LSU was a close second in Wilson's mind. He has family from Louisiana, and by all accounts, Tigers coach Ed Orgeron excelled in his pursuit of the 6-foot-4, 332-pounder.

The favorable location -- LSU is roughly a five-hour drive from Houston -- was also an edge for the Tigers, but Wilson cited the comfort he found on his official visit to Florida State, which included some quality time with a fellow Houstonian on the roster.

"Dontavious Jackson from Elsik [High School], he took care of me when I went out there," Wilson said.

Jackson, a linebacker in Florida State's 2016 recruiting class, is from the Alief area in Greater Houston, where Wilson resides.

Not to be undersold were the efforts of Florida State defensive tackles coach Odell Haggins and recruiting coordinator Tim Brewster. The pair established a strong bond with Wilson and his closest family members. Of the three schools Wilson considered the most down the stretch -- Florida State, LSU and Ohio State -- the Seminoles did the best job of connecting with Wilson's inner circle.

Still, it wasn't an easy decision.

Wilson's mother, Syble Ned, said her son was torn about the decision as late as Wednesday morning. Wilson said making the choice was an emotional process and saying no to LSU was difficult.

"It's heartbreaking not going to one of my dream schools growing up; I cried a lot thinking about this decision," Wilson said. "I just wanna say I have a lot of love for the LSU fans out there. I'm still going to be a fan at heart, but my heart is going somewhere else and that's Florida State."

Wilson's commitment puts the cherry on top of an impressive class for the Seminoles. Of their 21 signees, 12 are ESPN 300 commits, two are five-star prospects and 14 are four-star prospects, giving Fisher a top-five class.

Three players -- Wilson, running back Cam Akers, defensive end Joshua Kaindoh and junior college outside linebacker Adonis Thomas -- are ranked No. 1 nationally at their positions. It's the kind of class that, if it pans out, could lay the foundation for another national championship run.

Before Wilson exited Episcopal's Crum Gym on Wednesday, he took to Instagram to send a message to FSU fans: "Hey, everybody in Tallahassee, I'm coming home baby." 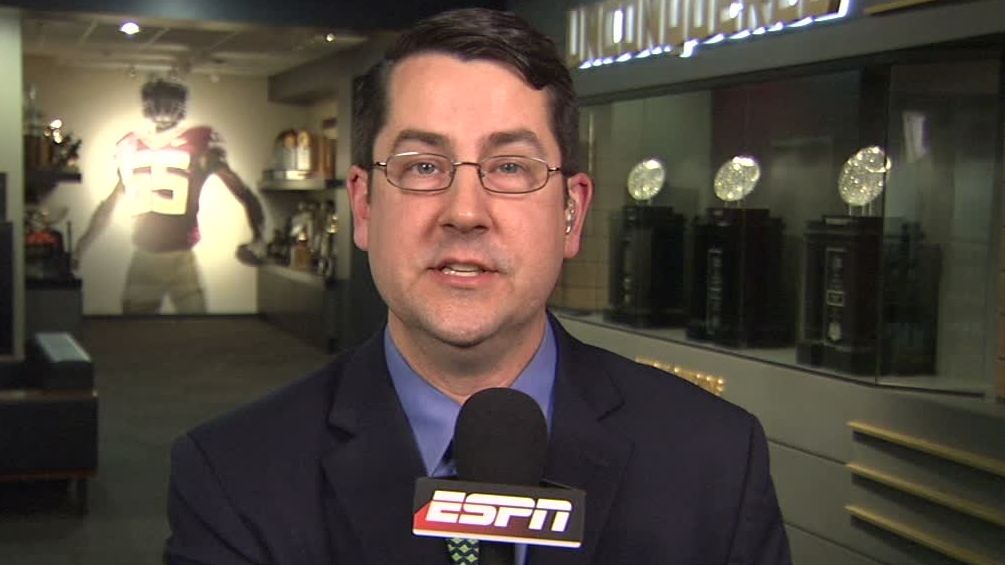 DT Wilson the 'cherry on top' of day for FSU
Ryan McGee shares what the reaction was at Florida State after getting a commitment from No. 4 ESPN 300 Marvin Wilson and what Wilson's arrival means for the Seminoles. 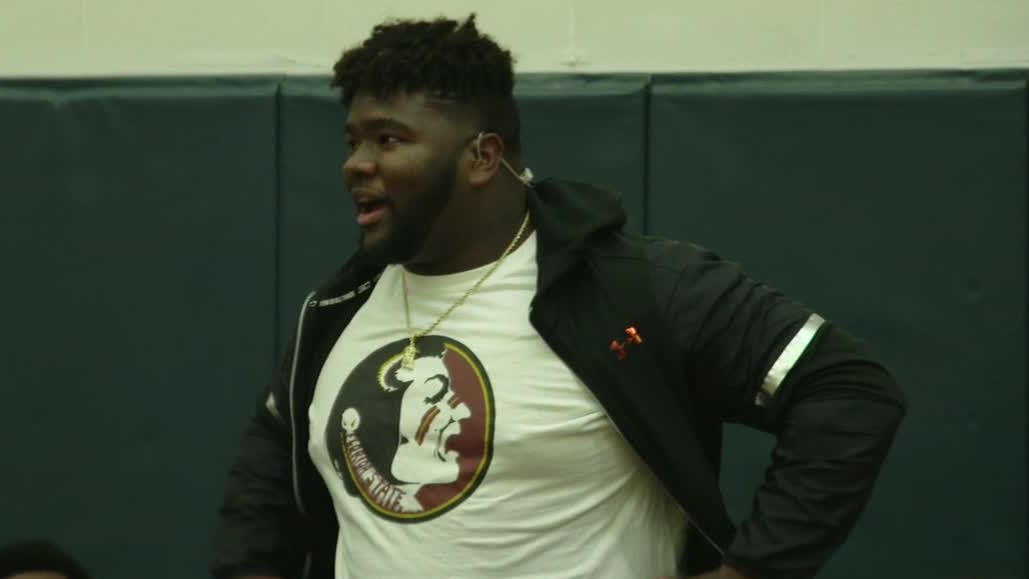