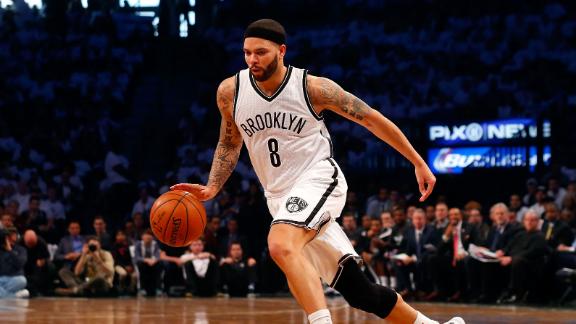 "We are excited to have him and you should be too. Make sure to give him a Mavs welcome when you see him."

Williams, a native of the Dallas suburb The Colony, agreed to the deal with the Mavs after receiving a buyout from the final two seasons of his contract with the Brooklyn Nets.

Williams opted to sign a five-year, $99 million deal with the Nets in 2012, when the Mavs also recruited him.

Brooklyn would have owed Williams $43 million over the next two seasons, but he accepted a buyout of $27.5 million with payments to be spread over five seasons, sources said.

Williams, a three-time All-Star, will attempt to resuscitate his career in Dallas after injuries contributed to a disappointing end of his Brooklyn tenure.

"I'm a longtime fan." Dallas coach Rick Carlisle told ESPN.com. "When this situation popped up, it was almost like it was too good to be true. He's a tremendous player, and he's coming home."