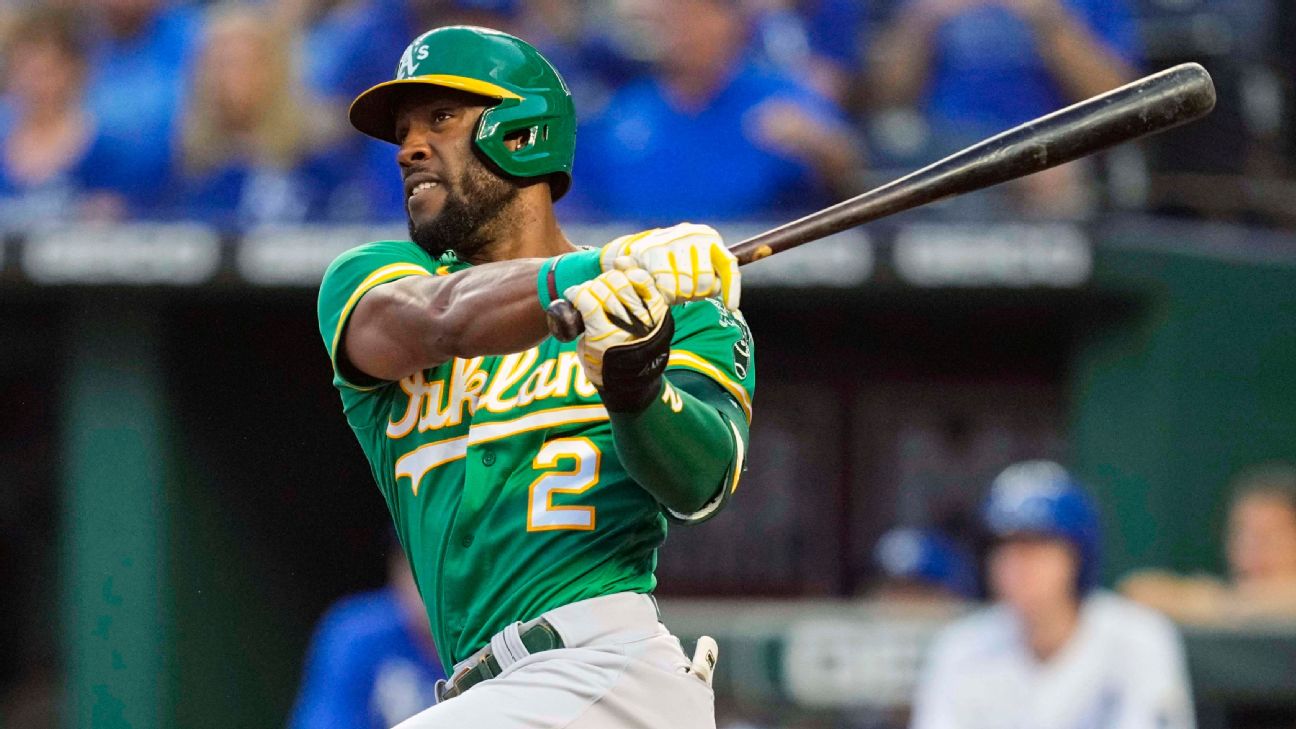 The team also completed its deal with Mark Canha, another free agent outfielder. Canha gets $26.5 million over two years with a club option for 2024.

The speedy center fielder will earn a $14.5 million salary next season and $19.5 million each of the following three years. He gets a $5 million signing bonus, payable in $2.5 million installments on Jan. 31 each of the next two years.

"Starling is a premier talent at a premier position," new Mets general manager Billy Eppler said in a statement. "His play in the outfield makes the team stronger at run prevention up the middle and his elite baserunning skills are a perfect blend. He has a winning attitude and will be a huge asset as well in our clubhouse."

Canha also would receive a $50,000 bonus for being selected MVP of the League Championship Series, and $100,000 for winning World Series MVP.

"Mark is an extremely versatile player, who has an elite ability to get on base," Eppler said. "He has gap-to-gap power and can hit in any spot in the lineup."

In another move, the Mets declined to offer a contract to right-hander Robert Gsellman, making him a free agent. Gsellman was eligible for salary arbitration.

The team did tender contracts by Tuesday night's deadline to all its other arbitration-eligible players.

Right-hander Stephen Nogosek and outfielder Mark Payton were not offered 2022 contracts, either.


New York went 77-85 this season, fading to third in the NL East after a strong start.

The 32-year-old Escobar was a first-time All-Star in 2021, when he batted .253 with 28 homers, 90 RBI and a .786 OPS for Arizona and Milwaukee. The switch-hitter has been a solid offensive contributor and a steady defender at third base the past four seasons, except for a slump during the pandemic-shortened 2020 season.