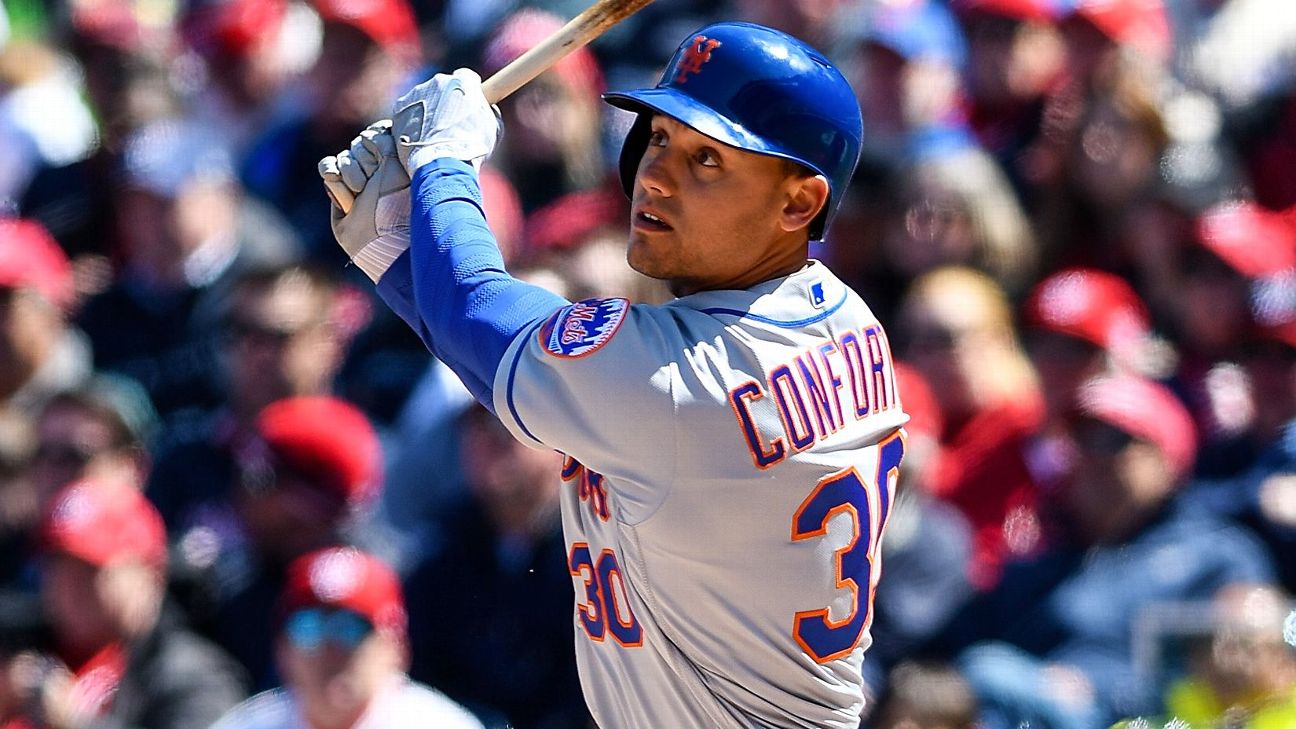 The New York Mets are considering sending Michael Conforto to the minors to help the slumping outfielder regain his swing, according to the New York Post.

Citing multiple sources, the Post reported late Saturday that team officials think a demotion to Triple-A Las Vegas could benefit Conforto while helping the Mets solve a logjam in their outfield.

The Mets had considered demoting Conforto in a corresponding move to Yoenis Cespedes' activation from the disabled list, according to the Post.

But Cespedes was removed from a Double-A rehab game Saturday night after he experienced tightness in his injured right quad, potentially delaying his return to the majors. The Cuban slugger will be re-evaluated Sunday, the Mets announced.

After the Mets' 2-0 win over the Yankees on Sunday, Conforto is batting just .215 with seven home runs this season and is mired in a 3-for-32 slump in his past 10 games. Despite being just nine months removed from surgery to repair a torn capsule in his left shoulder, Conforto told the Post that he feels "healthy, strong, fine."

"Triple-A is not an answer," Conforto told the Post. "I've been through that. I have done all I can do down there. I play at this level -- that's it."

But the Mets, who lost eight straight games before Sunday's win and 15 of their last 19, are looking to jump-start their struggling offense and believe that Conforto might have rushed back too soon from his injury. The Mets initially targeted early May for Conforto's return to the majors, but the former All-Star instead made his season debut on April 5.