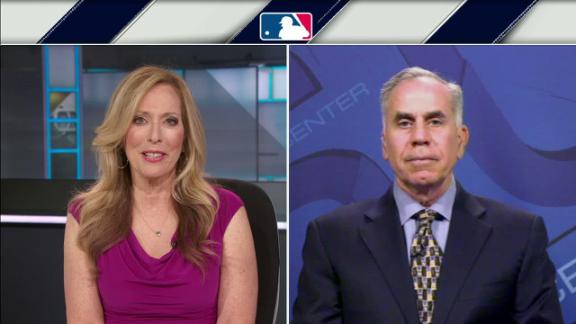 ESPN
NEW YORK -- With a bundle of key players on the disabled list, Mets general manager Sandy Alderson said Friday the team is making some changes to the way it handles injuries.

Alderson is now meeting daily with the training staff, something he hasn't always done in the past. The front office also is communicating often with its "resources" in Port St. Lucie, Florida, at the team's spring training complex.

He said he's having the meetings "to provide context for the decisions that we have to make from day to day based on information that not only arises that day, but may have been sort of gestating over a period of days."

Alderson also said that bigger changes could still be made, but those "might require a little more in the way of investigation and research that sometimes requires a little time."

New York ended a seven-game skid with a 3-0 win over the Los Angeles Angels on Friday night but is still six games under .500. Alderson spoke before the Mets opened a seven-game homestand.

The general manager labeled the injuries a "contributing factor" in the team's struggles. New York has some of its biggest names on the DL, including ace Noah Syndergaard and outfielder Yoenis Cespedes, and those stints potentially could have been avoided or abbreviated if handled differently.

Syndergaard partially tore the latissimus dorsi behind his right arm on April 30, a few days after refusing an MRI while dealing with biceps and shoulder discomfort. He'll be out until at least after the All-Star break.

Alderson acknowledged at the time that skipping the MRI eliminated "some information that probably would have been useful," but also said the test may not have prevented a DL trip. That injury followed an offseason in which Syndergaard claimed to add 17 pounds of muscle , although Alderson said May 6 that Syndergaard only added three pounds of weight.

Cespedes has been out since April 26 after aggravating his left hamstring six days following an initial injury to the leg.

After those situations, Alderson said he would evaluate the team's protocols for handling injuries, and an adjustment to the communication chain is at least the first step.

"I think we have actually made some practical changes," he said. "Whether that's the extent of the change that we see, time will tell."

D'Arnaud, Matz and Lugo could return soon. All three made their first minor league rehab assignments with Class A St. Lucie on Thursday. D'Arnaud is coming back from a bruised right wrist, while left-hander Matz and right-hander Lugo have battled inflammation in their pitching elbows.

Alderson declined to put a timetable on any of his injured players, but said there haven't been any setbacks recently.

In particular, New York needs its arms to hurry back. Before getting seven dominant innings from deGrom on Friday, the Mets ranked last in the major leagues with a 5.13 ERA, a shocking turn for a team that was third at 3.58 last season and fourth the year before at 3.43.

But Alderson said the Mets won't rush their injured hurlers just to fill that need. They've learned that lesson.

"We want to make sure we're not cutting any corners and that they're ready to go when they come back," he said. 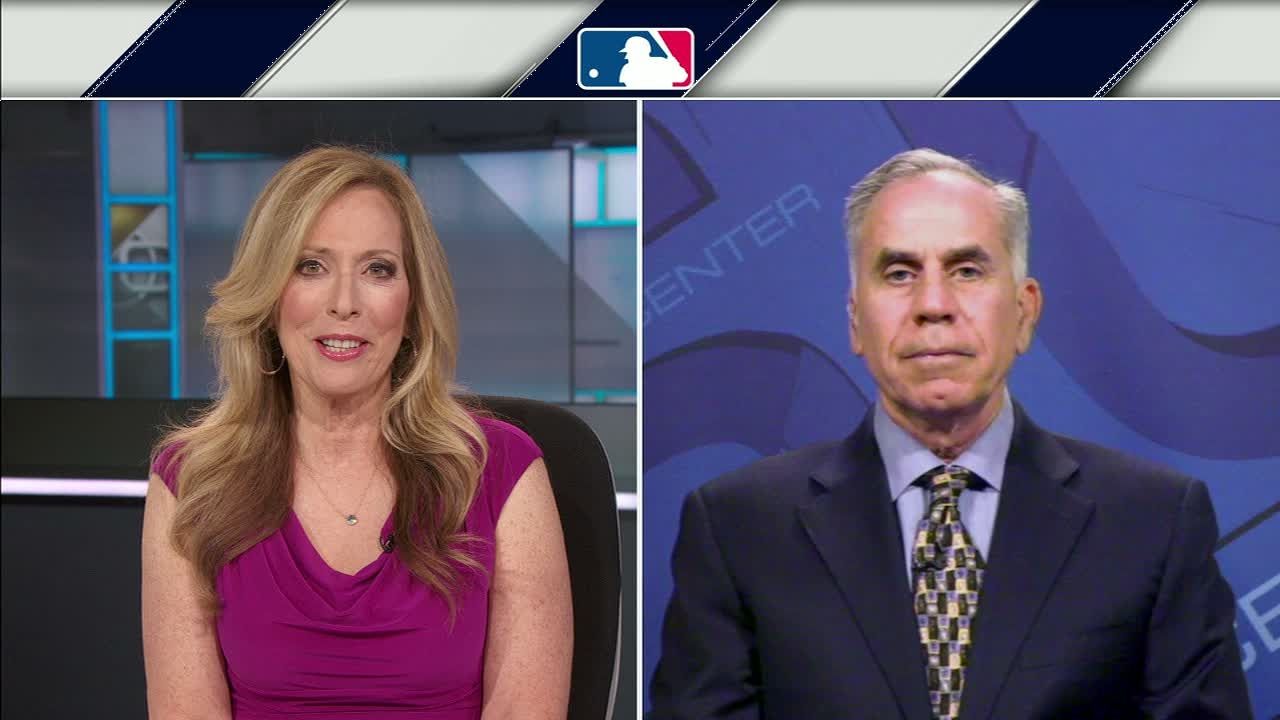