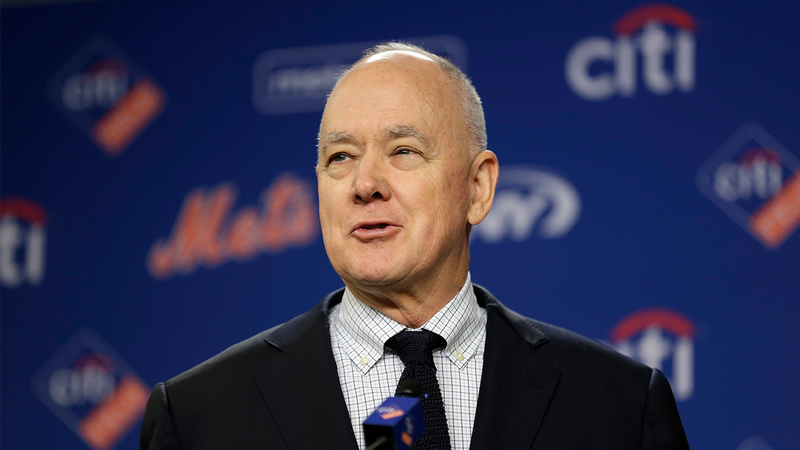 Alderson made the announcement during an afternoon news conference on Tuesday before a game against Pittsburgh, saying his cancer had returned in April and he is undergoing chemotherapy.

We are live with the media. #Mets https://t.co/HNF22FsYuz

Alderson was originally diagnosed with cancer in December of 2015, underwent treatment and remained on the job, reducing his work schedule at times while undergoing treatment.

"You got to deal with it," Alderson said. "It's a matter of rearranging priorities."

The cancer returned this past spring, he said. He expects to have surgery later this summer and described his prognosis as "good."

John Ricco, J.P. Ricciardi and Omar Minaya will all split Alderson's duties in his absence.

Alderson, 70, took over for Minaya as the team's full-time GM in 2010. He signed a contract extension late last year.

The Mets have gone 582-628 during his tenure, making a pair of post-season appearances -- including the 2015 World Series in which they lost to the Kansas City Royals.

The Mets started hot this season at 11-1, but faded since then to fourth in the NL East behind first-place Atlanta. The injury-ravaged Mets are 28th in runs and 25th among the 30 teams in batting average at .230. The offense has been unable to support a pitching staff that was 15th in ERA at 4.03.

Earlier this month, Alderson took the blame as the person in charge of assembling the roster.

"When you're scoring runs at the anemic rate that we have, something hasn't worked," he said. "So from that standpoint, I take full responsibility for where we are. "I'm not happy about it. But at the same time, the job now is to figure out how to fix it and improve it. And that's what we're focused on over the next several weeks."