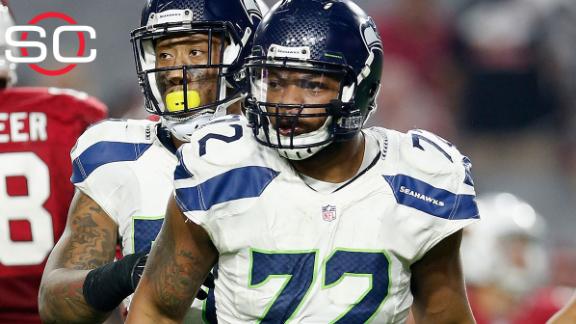 Seattle Seahawks defensive lineman Michael Bennett said he wants a new contract that would compensate him among the top eight players at his position in the NFL.

Bennett signed a new contract in March 2014, a four-year deal worth $28.5 million with $16 million guaranteed. That ranks him 14th among defensive ends in a 4-3 alignment, according to OvertheCap.com. To reach the top eight at his position, Bennett's average salary per year would need to increase from $7.125 million to around $10 million.

"I just want to be in the realm of the guys that play like me," Bennett said. "There are only so many guys that do what I do, and I would love to be like somewhere in there where they are at."

Bennett did not attend the organized team activities for the Seahawks last week and doesn't plan on attending this week. Seahawks general manager John Schneider has said repeatedly the team will not renegotiate contracts that have more than a year remaining.

When asked how long he planned to stay away, Bennett said: "I will miss whatever I can miss. Depends how much the fine is. They are going to do their thing and I have to do what I have to do."

OTAs are voluntary, but the team's three-day minicamp in two weeks is mandatory. A player can be fined $70,000 for missing it.

Bennett said he is not seeking a trade. Earlier reports stated he had asked for a trade to Atlanta.

"I see myself being with the Seahawks," Bennett said. "I think we have something special here with the things that we do in the community, the players that we have and the team and the coaches. I think it's a great organization.