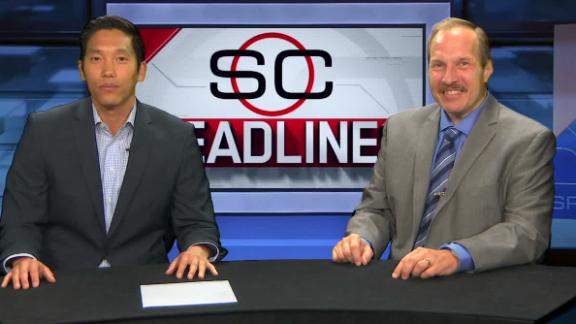 Six weeks before the college football season kicks off in full, Alabama is the consensus favorite to win the national championship. But the Crimson Tide are not the most popular bet in Las Vegas.

More bets have been placed on the Michigan Wolverines to win the national title than any other team at multiple Las Vegas sportsbooks. The Wolverines' championship odds have moved from 15-1 to 7-1, making them the second favorites behind Alabama at the Westgate SuperBook.

More money has been bet on Michigan to win the championship than any other team at the SuperBook, and Jim Harbaugh's squad has attracted 10 percent of all the national title bets at William's Hill's Nevada book. The Wolverines also have attracted the most bets to win the title at the MGM and Westgate sportsbooks.

The Wolverines return a bevy of experience off of last season's 10-3 team, but are still looking for a starting quarterback. Juniors Wilton Speight and John O'Korn, a transfer from Houston, are the leading candidates.

Michigan is a 41-point home favorite in its opener against Hawaii on Sept. 1. Colorado is the only team from a Power-5 conference on the Wolverines' non-conference schedule. But Michigan must go on the road to face Michigan State, Iowa and Ohio State in Big Ten play.

There's plenty of support in Las Vegas for the Buckeyes, too. Ohio State has attracted the most money to win the national title at the sportsbook at the South Point casino, but it's close.

Ohio State hosts Michigan on Nov. 26. The Buckeyes opened as 6.5-point favorites over the Wolverines at the South Point. The line has been bet down to Ohio State -5, and Andrews says 88 percent of the money wagered on the Big Game at this point is on Michigan.