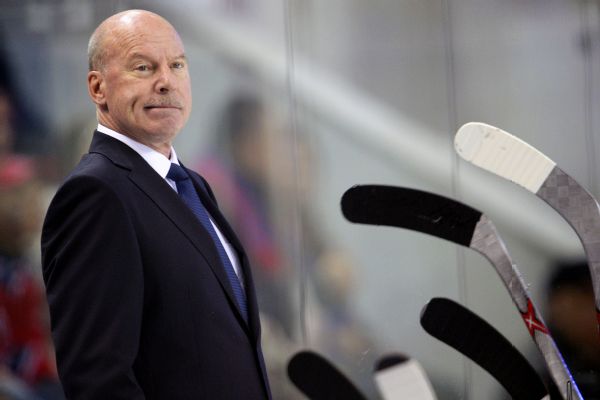 ESPN
By Greg Wyshynski
Mike Keenan, one of the most successful and divisive coaches in NHL history, has been relieved of his duties as coach of the Kunlun Red Star, a second-year Kontinental Hockey League franchise based in China.

Keenan has been replaced by former NHL player Bobby Carpenter, the team's assistant coach, on an interim basis.

The 68-year-old Keenan was hired in March as the team's head coach and an executive member of its international advisory board, a role he'll continue to hold. He guided the team to a 12-16-8 record this season, but Kunlun was in the midst of a nine-game losing streak before his firing Sunday.

Known for his fiery disposition and psychological warfare with players, Keenan is No. 9 all time in the NHL in career coaching victories with 672, winning four conference titles and the 1994 Stanley Cup championship with the New York Rangers. He previously coached Magnitogorsk Metallurg to the KHL Gagarin Cup in 2013-14 and was replaced midway through the 2015-16 season.

Carpenter, 54, played 1,178 games in the NHL and won three Stanley Cups with the New Jersey Devils, including two as an assistant coach.

He said the primary reason he joined the Red Star, based out of Beijing, was to work with Keenan.

"Mike is a great coach," he told AllHockey.Ru in August, "and when Keenan calls you, in my opinion, the choice is simple."