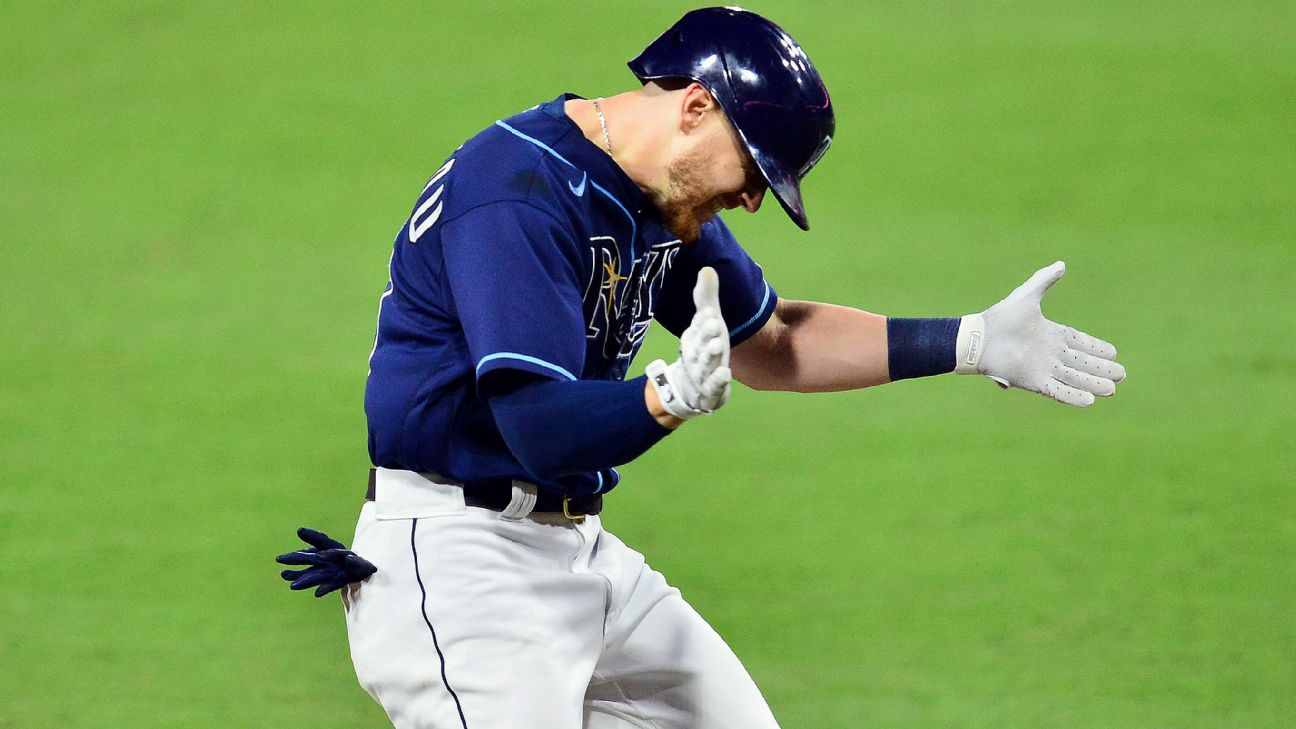 It came down to a winner-take-all between the New York Yankees and Tampa Bay Rays to determine the last spot in the next round of the MLB playoffs, but the final four teams for the league championship series are officially set. Here are the stars, turning points and takeaways from Friday's game.

What it means: That is what they call the sweetest of revenge.

Mike Brosseau, in the best 10-pitch at-bat he will ever have, sent the Tampa Bay Rays to the American League Championship Series with a dramatic go-ahead home run in the bottom of the eighth inning off Aroldis Chapman, the pitcher who had thrown at his head in a game earlier this summer, creating some simmering bad blood between the Rays and Yankees.

Brosseau's home run goes alongside the home runs Dan Johnson and Evan Longoria hit on the final day of the 2011 regular season as the most memorable in Rays history. It came after Brosseau fell behind two strikes. Along the way, he fouled off a two-strike slider, fouled off a 99 mph fastball, took a 100 mph fastball just inside off the plate, somehow fouled off another slider and a 99 mph fastball before finally crushing a 100 mph heater 375 feet over the fence in left field. Maybe not a Giancarlo Stanton home run. Just a series-winning home run, a 2-1 victory for the Rays.

Or maybe it was just about beating the Yankees more than personal revenge. "No revenge. We put that in the past," Brosseau said on the field after the game in San Diego. "We came here to win a series. We came here to move on, to do what we do best, play our game."


His heroics capped off a tight, tense game, a wonderful game, with one flamethrower after another throwing high-velo heat. Both managers got exactly what they wanted from their starting pitchers -- OK, maybe Aaron Boone would have liked a couple more outs out of Gerrit Cole, but you can't complain about one hit and one run in 5 innings. Of course, it was nearly two hits and two runs, but Cole's final pitch was Randy Arozarena's fly ball to deep left field that Brett Gardner reached over the fence to grab for the first out of the sixth inning. After Cole allowed an Austin Meadows home run with two out in the fifth, that was enough for Boone to turn the game over to his top two relievers, Zack Britton and Chapman, still needing 11 outs to get through the ninth.

Kevin Cash's nine-inning script proved to be the Oscar winner. Tyler Glasnow, working on two days of rest, got through the Yankees' batting order one time without any damage, getting seven outs in those batters. Nick Anderson, Tampa Bay's best reliever, then came on -- the Rays were going to make sure he got into the game when it was still the highest of leverage -- and while Aaron Judge touched him for a cheap 340-foot home run, he got eight outs in an efficient 32 pitches. Pete Fairbanks and Diego Castillo then each threw two scoreless innings, with seven strikeouts among their 12 outs.

As a final point, note how the Rays acquired the stars of this game. Glasnow, once a top prospect, was stolen from the Pirates after he failed to develop in Pittsburgh. Anderson was a former independent league pitcher, acquired last year in a trade with the Marlins. Fairbanks was a nondescript minor leaguer coming off Tommy John surgery when the Rays got him last year from the Rangers. And Brosseau? Undrafted in 2016 out of non-baseball powerhouse Oakland University in Michigan. And now, Mike Brosseau, Tampa Bay Rays legend. --David Schoenfield 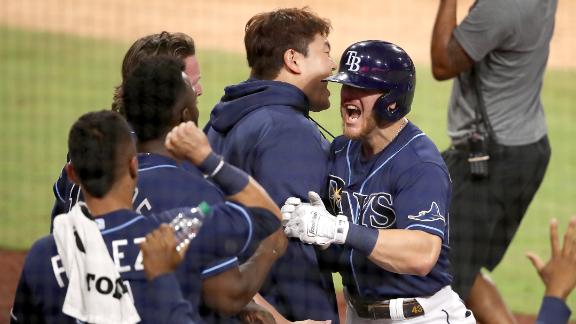