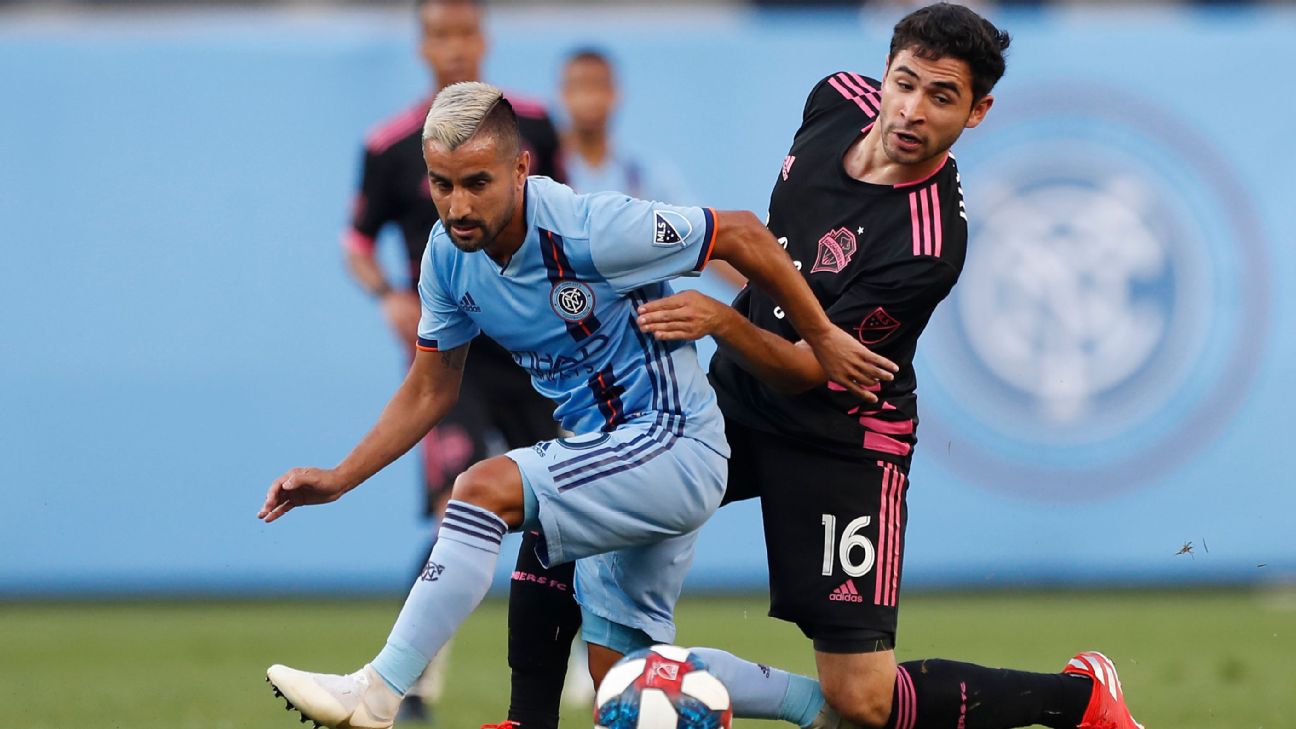 Goalkeeper Brad Stuver made four saves to record his first MLS shutout in his seventh career game. He improved to 3-0-0 this season.

Seattle goalie Stefan Frei stopped five shots, but the short-handed Sounders (8-5-5, 29 points) lost for the fourth time in their past five MLS games.

The Sounders were without two of their top three scorers, forwards Raul Ruidiaz and Jordan Morris, as well as midfielder Cristian Roldan due to international play. Playmaking midfielder Nicolas Lodeiro sat out following a 13-hour flight back from Copa America in Brazil.

Moralez broke a scoreless tie in the 58th minute with his sixth goal of the season -- all scored in the past seven games. Moralez and Medina worked a nifty give-and-go in the penalty area before Moralez's shot from the left wing deflected off defender Jordy Delem and over Frei, who was diving to the near post to stop the initial attempt.

Medina made it 2-0 in the 77th minute, tapping a wayward shot from teammate Valentin Castellanos into the net while stationed just outside the left post. It was Medina's first goal of the season.

Ofori, who came on as a substitute in the 62nd minute, clinched the victory in the 87th by blistering a left-footed shot from 30 yards into the lower left corner of the net. Alexander Ring was credited with an assist on the goal, Ofori's second of the season. 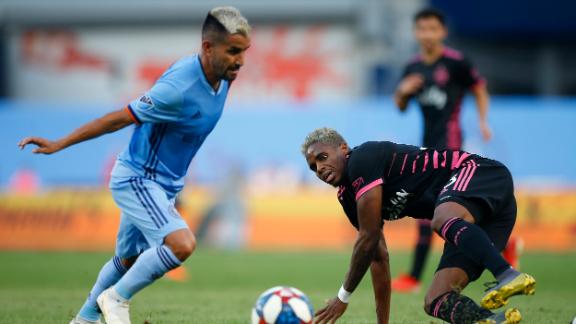 NYCFC dominate Seattle 3-0 in statement win
Goals from Maxi Moralez, Jesus Medina and Ebenezer Ofori, all in the second half, helped NYCFC take down the Seattle Sounders. 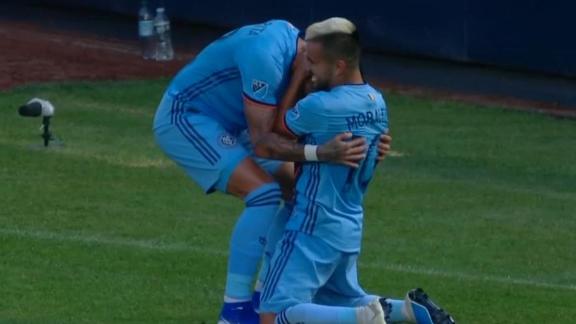