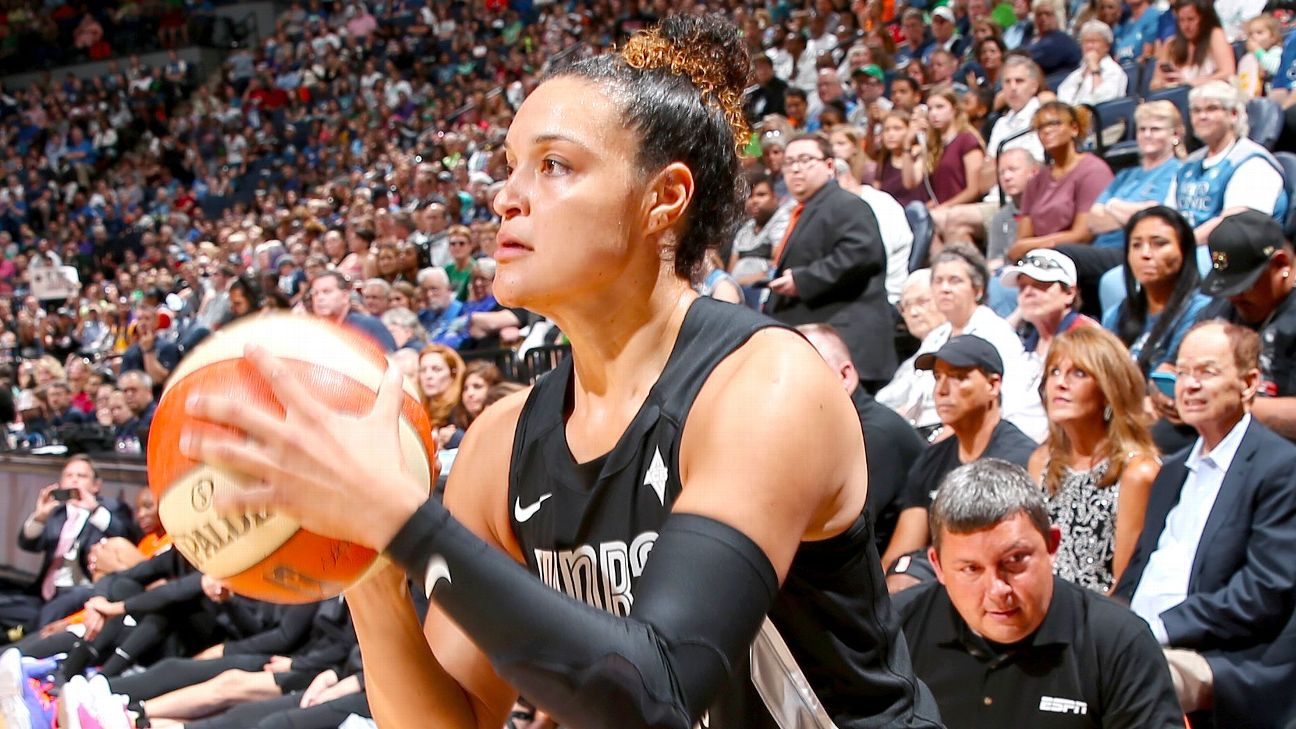 After traveling for more than 25 hours, the Las Vegas Aces players decided not to play a game against the Washington Mystics on Friday night.

The decision to cancel the game was made about 1 hours before the tip.

The Aces players issued a statement through their union Friday night.

"To all of our WNBA fans around the world, We regret that the Aces were not able to take the court tonight against the Washington Mystics," the statement said. "We trust that you know this decision was not made lightly. There is nothing we enjoy more than playing in front of the most rabid fans in professional sports night in and night out, and we sincerely apologize for any inconvenience and disappointment that was created for the fans, workers and anyone else who may have been affected by tonight's cancellation.

"Given the travel issues we faced over the past two days -- 25+ hours spent in airports and airplanes, in cramped quarters and having not slept in a bed since Wednesday night -- and after consulting with our Union, and medical professionals, we concluded that playing tonight's game would put us at too great a risk for injury."

Las Vegas had an adventure getting to Washington, with travel woes causing the team to arrive in D.C. at 3 p.m. ET on Friday. They were scheduled to take off from Las Vegas on Thursday afternoon, but their flight was delayed more than eight hours before being canceled. The team scrambled to get on overnight flights that got the players to Dallas, where they could connect to Washington, on Friday morning.

"Naturally, the issue of player safety is of paramount concern for all involved in the WNBA," the statement said. "This issue is bigger than our team and this one unfortunate set of circumstances, and we look forward to being a part of future discourse in the hope of preventing such incidents in the future. We thank all of you for your continued support of us and our league, and we will see you back out on the court this Sunday at Connecticut."

The Aces then had to split their team up into groups to get on different flights in Texas with the last set of players boarding a flight that gets into Washington around 3 p.m. The WNBA had moved the original tipoff back an hour to 8 p.m.

"I'm really disappointed that the Las Vegas players and organization didn't come to compete," Mystics coach Mike Thibault said in a phone interview Friday night. "If you're there and in the city and can play, you should show up and play."

Thibault recalled a story that when he was coaching in Connecticut in 2003 the team was in Cleveland when a massive blackout hit the East Coast. The team took a bus back to Connecticut and then made it to New York for a game, showing up 52 minutes before tip. They won that game.

Fans already in the arena Friday night were given an autograph session with the Mystics players. All fans who had a ticket to the game will receive a complimentary ticket to a future Mystics game.

"It was Breast Cancer Awareness night and we were supposed to have 5 [thousand] to 6,000 fans here," Thibault said.

The Mystics fly to Dallas on Saturday morning for a game against the Wings on Sunday afternoon. Moving the game to Saturday wasn't really an option. The Aces were beginning a three-game road trip in D.C. with their next game Sunday in Connecticut.

Las Vegas never came to the D.C. arena after spending over a day traveling that left the players unhappy.

"No shoot around. No night of sleep. No beds. No food. Right now we will land in DC at 245pm that has us going straight to the gym bc of traffic and bags...and you want us to play?" All-Star guard Kayla McBride tweeted before the cancellation was announced. "Oh ok."

WNBA teams aren't allowed to fly charter because of the cost and the competitive advantage it could give some teams willing to spend the money.

"We can't control the weather, but league can control whether or not player health will be put at risk tomorrow," center Carolyn Swords tweeted. "Delays, cancelations & now taking a red-eye to get to DC(at)1pm. Aces will have been traveling for 24 hrs by the time we land. It takes less time to get to Sydney, AUS."

The Aces currently sit in ninth place in the standings, 1 games behind Dallas for the final playoff spot.

Las Vegas wasn't the only WNBA team with travel issues Friday. The Indiana Fever were supposed to fly to New York for their game against the Liberty on Saturday. The Fever sat at the airport for three hours before being told their flight was canceled because of weather. There were thunderstorms in New York on Friday afternoon.

The Fever, who had a travel party of 20 people, were planning on flying to New York on Saturday morning to play a game that tips at 3 p.m. ET.

Indiana had a game postponed in 2015 when it couldn't get a flight to Connecticut from Washington after playing the Mystics the night before.
Report a correction or typo
Related topics:
sportsespnflightwnbadelaynew york libertykayla mcbridecarolyn swordswashington mysticslas vegas acesindiana fevertravel
Copyright © 2020 ESPN Internet Ventures. All rights reserved.
More Videos
From CNN Newsource affiliates
TOP STORIES