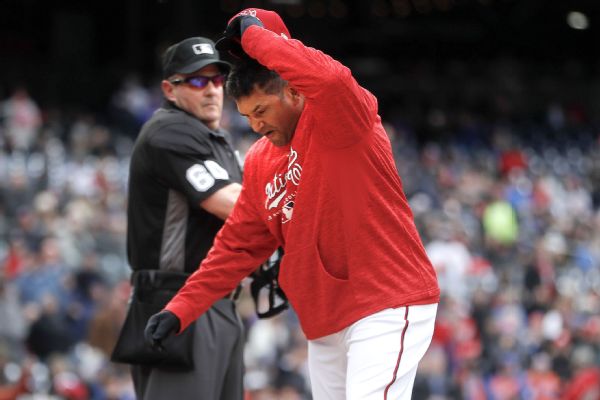 WASHINGTON -- It didn't take long for Dave Martinez to earn his first ejection as a major league manager.

The Washington Nationals' rookie skipper made an early exit from his eighth game in the job, getting tossed by umpire Marty Foster at the end of the third inning against the New York Mets on Saturday.

Martinez came out to argue after Nationals third baseman Anthony Rendon was ejected by Foster. Rendon had flipped his bat after being called out on strikes for the inning's final out while facing Mets lefty Steven Matz.

Foster allowed Martinez to yell for quite a bit before telling him his day was over. Martinez then yanked off and threw his cap before kicking at the dirt near home plate.

Rendon was one of a handful of Nationals batters who complained about called strikes in the early innings Saturday.