NBA free agency 2022: Latest deals, news, buzz and reports from around the league 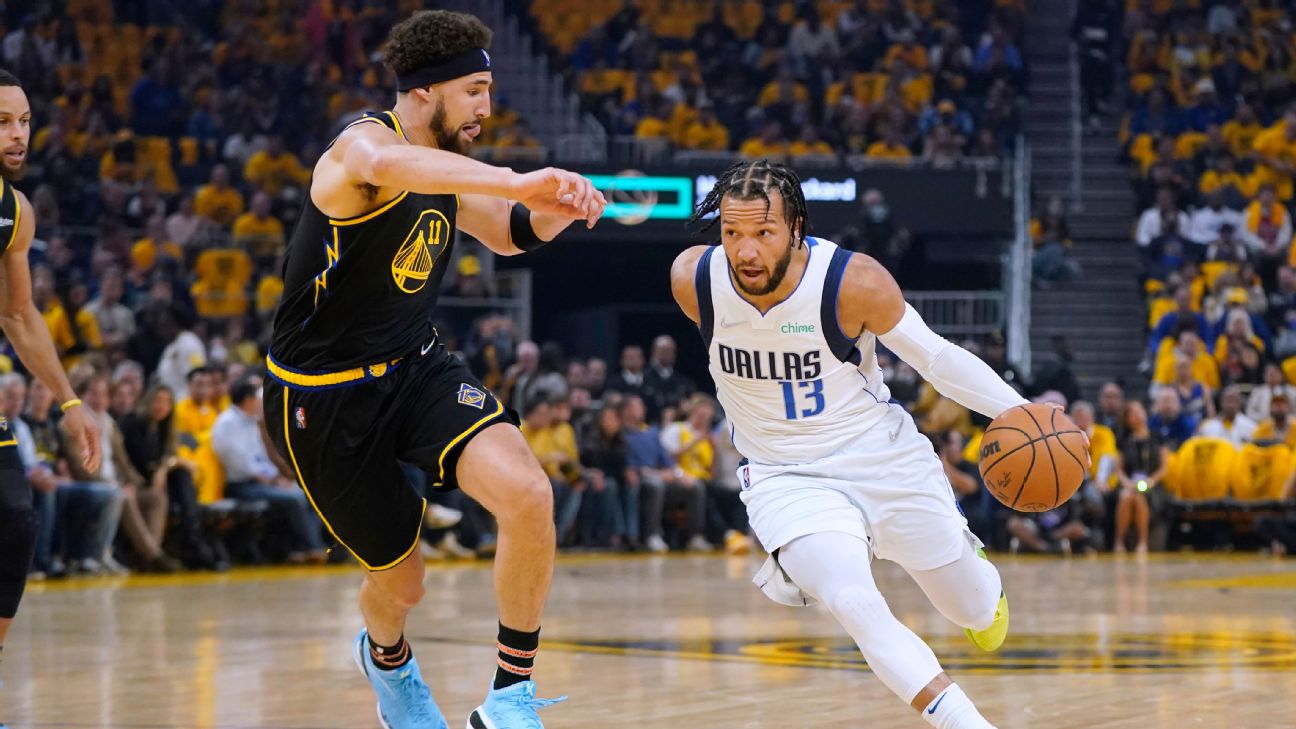 NBA free agencybegins Thursday at 6 p.m. ET, but the news has already been rolling in from around the league.

Much of the early buzz was coming out of New York, where Kyrie Irving's contract status had pundits and fans speculating about the future of the Brooklyn Nets' star point guard. But on Monday, Irving opted in to his $36.5 million player option for the 2022-23 season.


Elsewhere in the NBA, other superstars with player options for next season include James Harden ($47.4 million) andBradley Beal ($36.4 million).

And which free agents will change teams this summer? Some of the biggest names include Zach LaVine, Jalen Brunson and Deandre Ayton, all of whom could provide a major boost to a new franchise if they choose a change of scenery.

A host of young stars are also eligible for rookie contract extensions. While the Memphis Grizzlies and Ja Morant are all but certain to agree on a max deal, what does the future hold for the New Orleans Pelicans and Zion Williamson, who has played in just 85 games throughout his first three seasons because of injury and missed all of 2021-22 with a broken foot?

Breaking down the biggest deals |

Caldwell-Pope, a 10-year veteran, averaged 13.2 points a game in his lone season in Washington. Smith will play for his 13th team in 12 years upon joining the Nuggets. Previous stops include Pistons, 76ers, Suns, Thunder and Rockets.

It remains to be seen how New York will clear the rest of the necessary cap space and whether the Mavs can work a sign-and-trade to recoup assets.


4:44 p.m. ET:Chicago Bulls center Tony Bradley is exercising his $2 million player option for next season, sources told ESPN's Adrian Wojnarowski. On his fourth team in six seasons, Bradley averaged 3.0 points a game for the Bulls last season, a decrease from his career-high 8.7 points with the Oklahoma City Thunder in 2020-21.

12:56 p.m. ET: The Cleveland Cavaliers have extended qualifying offers to Collin Sexton and R.J. Nembhard. Sexton only appeared in 11 games last season after having surgery to repair a torn meniscus in his left knee.

10:54 a.m. ET:Los Angeles Lakers star Russell Westbrook is planning to exercise his $47.1 million option to return to the franchise for the 2022-23 season, sources told ESPN's Adrian Wojnarowski.Westbrook, a nine-time All-Star and 2017 NBA Most Valuable Player, enters the final season of his original five-year, $206 million contract.

Westbrook has dealt with a heap of criticism following a subpar 2021-22 season alongside LeBron James and Anthony Davis. The point guard shot 29.8% from 3-point range and played only 21 games with James and Davis due to injuries.

10:45 a.m. ET: ESPN's Nick Friedell told Brian Windhorst & The Hoop Collective that the 2022-23 season will be a "prove it" year for Kyrie Irving with the Brooklyn Netsafter the star opted in to his $36.5 million option.

"I think this is a really good thing for the Nets in this sense," Friedell said. "The commitment isn't there long term. This is a 'prove it' year, it now becomes one for Kyrie and if they bring everybody back, the feeling internally within that organization is that Kyrie is out there and Kevin [Durant] is playing at an MVP level and we get something from him, we can win. At what level can they win? That remains to be seen."

9:41 p.m. ET: The Houston Rockets and John Wall have reached a buyout agreement, shaving $6.5 million off of his $47.4 million salary, a source told ESPN's Tim MacMahon. Wall is planning to sign with the LA Clippers once he clears waivers, sources told ESPN's Adrian Wojnarowski.

7:01 p.m. ET:Kyrie Irving is opting in to his $36.5 million option with the Brooklyn Nets for next season, he told The Athletic on Monday.Without the ability to find a sign-and-trade deal, Irving decided to exercise his player option, sources confirmed. He had until Wednesday to make a decision.

Irving is now no longer eligible for a sign-and-trade deal. The Nets could still work to trade him as an expiring contract, but Irving would have no formal voice in a potential landing spot.

12:23 p.m. ET:Outside of the Los Angeles Lakers, there are no known teams planning to pursue a sign-and-trade deal for Brooklyn Nets guard Kyrie Irving, sources told ESPN's Adrian Wojnarowski. No sign-and-trades can be formally discussed until after 6 p.m. ET on Thursday. Brooklyn isn't believed to have interest in available Lakers packages. If Irving declines his $36 million player option, he would be eligible to sign with the Lakers for the $6 million taxpayer midlevel exception. The deadline is Wednesday to decide on his option.

10:15 p.m. ET: The Memphis Grizzlies have agreed to trade guard De'Anthony Melton to the Philadelphia 76ers in exchange for the No. 23 pick in this year's draft, a source told ESPN's Adrian Wojnarowski. Melton averaged a career-high 10.8 points in 73 games for Memphis in 2021-22.

9:49 p.m. ET:The New York Knicks made multiple moves on draft night to free up cap space. They sent the No. 11 pick to the Oklahoma City Thunder, which took $4.5 million off their cap sheet, then sent Kemba Walker to the Detroit Pistons, clearing an additional $9.2 million in salary for 2022-23. Walker and the Pistons are expected to discuss a contract buyout that will allow him to become a free agent, sources told ESPN's Adrian Wojnarowski.

4:50 p.m. ET: Brooklyn Nets guard Kyrie Irving has a list of teams he'd like the team to consider if the two sides can't reach an agreement to stay with Brooklyn, sources told ESPN'sAdrian Wojnarowski. The list includes the Los Angeles Lakers, LA Clippers, New York Knicks, Miami Heat, Dallas Mavericks and Philadelphia 76ers -- none have the cap space to sign him without the Nets' help.

6:13 p.m. ET: The Portland Trail Blazers have acquired forward Jerami Grant from the Detroit Pistons in exchange for a protected 2025 first-round pick and additional draft assets, sources told ESPN's Adrian Wojnarowski. The Blazers absorb Grant's $21 million salary using a trade exception, sources said. Grant, who is entering the final year of his contract, is eligible to sign a four-year, $112 million extension beginning in December. The Pistons, on the other hand, now have $43 million in salary-cap space for free agency.

2:13 p.m. ET: Golden State Warriors general manager Bob Myers said contract extensions for Andrew Wiggins and Jordan Poole are a "big priority," adding, "We'll make a big effort to keep those guys." However, he understands those deals might not happen right away. The deadline for Poole to sign an extension off his rookie deal isn't until Oct. 31, and Wiggins has no deadline for an extension off the max deal he signed while with the Minnesota Timberwolves.

12:08 p.m. ET: ESPN's Adrian Wojnarowski reported on SportsCenter that Bradley Beal is very likely to decline the option and re-sign with the Washington Wizards on a five-year deal worth a projected $248 million that would take him through age 33.

12:06 p.m. ET:James Hardenis headed toward opting into his $47.3 million player option and then extending his contract by perhaps as many as two years at a significant number with the Philadelphia 76ers, ESPN's Adrian Wojnarowski reported on SportsCenter. Harden's extension would likely fall short of a max contract but would still be a significant commitment from Philadelphia.

5:01 p.m. ET: The Houston Rockets' John Wall has exercised his $47.4 million player option for the 2022-23 season, sources told ESPN's Adrian Wojnarowski. The Rockets will continue to seek a trade for the 31-year-old guard, but the two sides are expected to work on a contract buyout if a swap can't be found, sources told Wojnarowski. Wall averaged 20.6 points and 6.9 assists in 40 games for the Rockets in 2020-21 before being shut down.

12:55 p.m. ET: LA Clippers forward Nicolas Batum will decline his $3.3 million player option and become a free agent, sources told ESPN's Adrian Wojnarowski. There is expected to be mutual interest in reaching a new deal in July, sources said. Batum started 54 of the 59 games he played, averaging 8.3 points and 4.3 rebounds in his second season with the Clippers.

11:43 a.m. ET: Denver Nuggets forward Jeff Green has exercised his $4.5 million player option for the 2022-23 season, sources told ESPN's Tim Bontemps. Green had until Monday to decide whether to opt into the deal, according to ESPN's Bobby Marks. Green, who will turn 36 in August, averaged 10.3 points in 75 games (63 starts) for Denver last season, his 11th team during his 14-year NBA career.

8:30 p.m. ET: Golden State Warriors swingman Andrew Wiggins, who is heading into the final season of the $147 million rookie extension he signed with the Minnesota Timberwolves in 2017, told reporters on Saturday that he "would love to stay" in Golden State.

Third-year guard Jordan Poole, who is entering the last year of his rookie contract, has until Oct. 17 to negotiate a new deal with the reigning NBA champs.

9:39 p.m. ET: The Dallas Mavericks acquired center Christian Wood from the Rockets in exchange for the No. 26 pick in the 2022 NBA draft and Boban Marjanovic, Marquese Chriss, Trey Burke and Sterling Brown -- four players with expiring contracts. Wood is set to make $14.3 million for the 2022-23 season, the final year of his contract. Wood averaged 19.1 points and 9.9 rebounds during his two seasons in Houston. 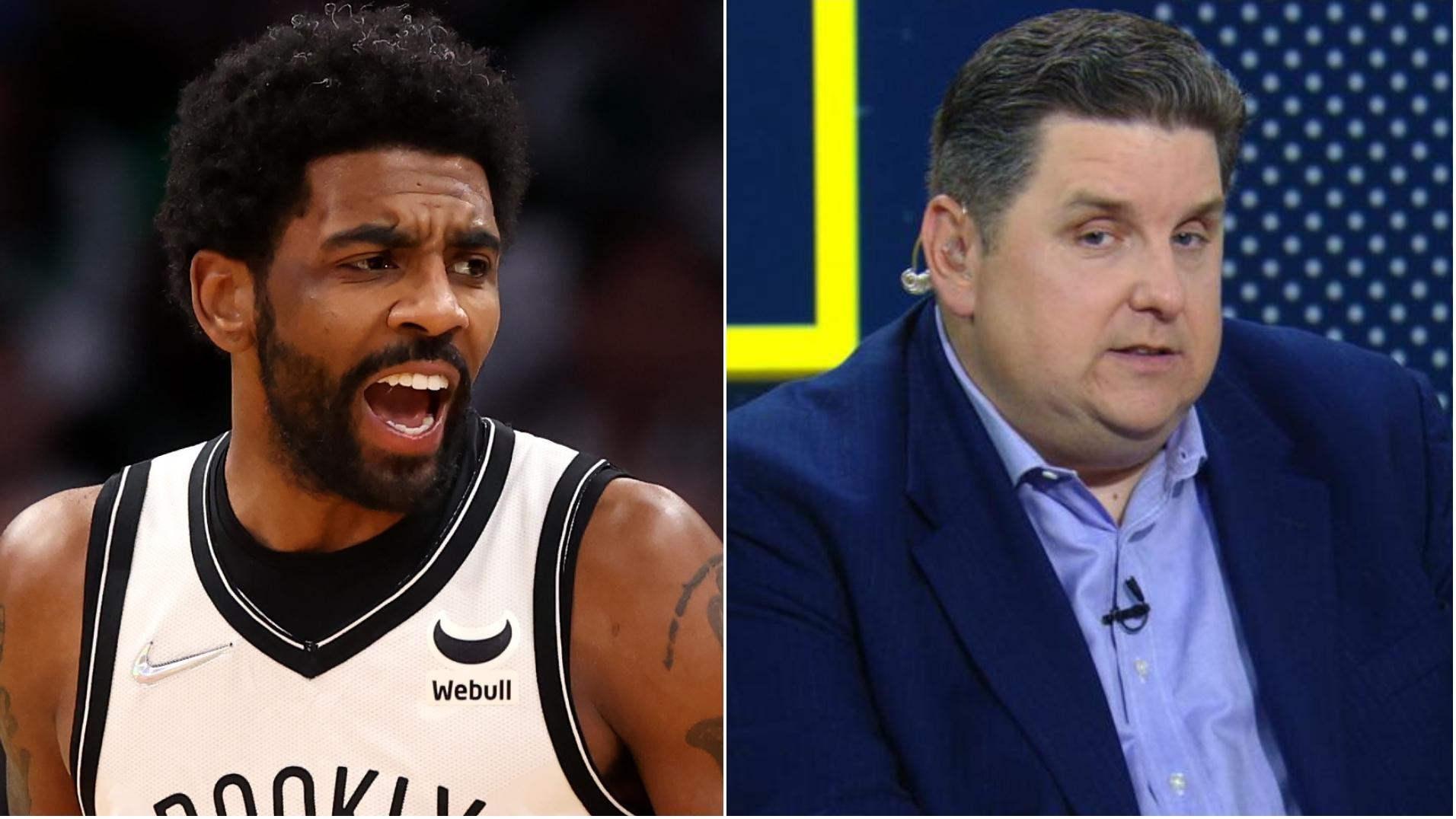