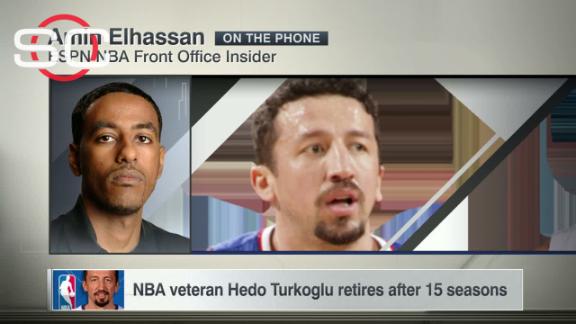 NBA veteran Hedo Turkoglu, who spent eight of his 15 seasons with the Orlando Magic, announced his retirement Friday, the team said.

"I am very thankful and grateful for the opportunity to live out my dream and play in the NBA," Turkoglu said in a statement. "I will always remember my teammates, coaches, staff members and all of the fans who made my career so wonderful for myself and my family."

The 36-year-old Turkoglu, who came off the bench in 60 of his 62 games last season for the Los Angeles Clippers, finishes his career having averaged 11.1 points and 4.0 rebounds per game.

He entered the league in 2000 as a first-round draft pick of the Sacramento Kings, with whom he spent three seasons. He also played for the San Antonio Spurs, Toronto Raptors and Phoenix Suns over his career.

Turkoglu joined the Magic on two occasions, averaging 14.5 points and 4.5 rebounds in 497 regular-season games. He also started 49 playoff games with the Magic, who will honor him during a special ceremony on Dec. 18.