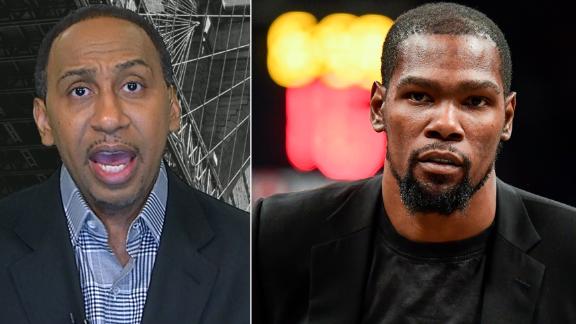 The Brooklyn Nets are coming off one of their biggest collapses of the season. Their next challenge is attempting to stop a red-hot Bradley Beal.

After blowing a 19-point lead Monday at home against the Orlando Magic, the Nets will attempt to contain Beal on Wednesday night when they visit the Washington Wizards.

"When a guy's on a scoring binge like he is, I would imagine we may change some things up," Brooklyn's Garrett Temple said. "I wouldn't be surprised if we changed our coverage a little bit on him."

The Nets also blew a sizable double-digit lead for the second time in three games as they collapsed four nights after squandering a 20-point lead in an overtime loss at Philadelphia on Thursday.

"We gave up 74 points (in the second half)," said Nets coach Kenny Atkinson, whose team entered Monday allowing 105.4 points in the previous 12 games. "I think that's the story. That's astronomical."

Spencer Dinwiddie scored 24 points but could not score in the fourth quarter as the Nets struggled to find a closer in their third game since losing Kyrie Irving to season-ending right shoulder surgery.

"We all know what happened, so there wasn't too much to talk about," Dinwiddie said. "It ain't no secret sauce. I mean, we gotta play defense."

Irving's last game was Brooklyn's last visit to Washington on Feb. 1, when the Nets faltered down the stretch and took a 113-107 loss. Irving injured his knee when he collided with Beal going for a rebound with 5:31 left in the fourth quarter.

Beal, who scored 34 points in the last meeting with Brooklyn, is averaging 36.2 points in his last nine games and a career-high 30.1 points this season.

He scored a career-high 55 points in Monday's 137-134 overtime home loss to the Milwaukee Bucks and became the first player with consecutive 50-point games since Kobe Bryant posted four straight 50-point games in March 2007.

"(He's a) special player," Wizards coach Scott Brooks said. "A special player doing everything that he can possibly do to keep putting us in a position to have success."

Despite Beal's prolific scoring, the Wizards (20-36) have lost three straight games by single digits and enter 4 1/2 games behind Orlando for the last playoff spot. Beal scored 53 in Sunday's nine-point loss to the Chicago Bulls when the Wizards allowed 56 percent shooting.

Against the Bucks, Beal's impressive effort almost helped the Wizards overcome a 17-point deficit against the league's best team. He hit a 3-pointer to give Washington a two-point lead with 61 seconds left in regulation, but then passed to rookie Rui Hachimura, whose potential game-winning layup was blocked.

"We showed heart, man. That's what it was. For the full 48," Beal said. "I think we got off to a slow start, and we just clawed back and showed some resilience."