New Jersey Devils 2019-20 season preview: Back to the playoffs? 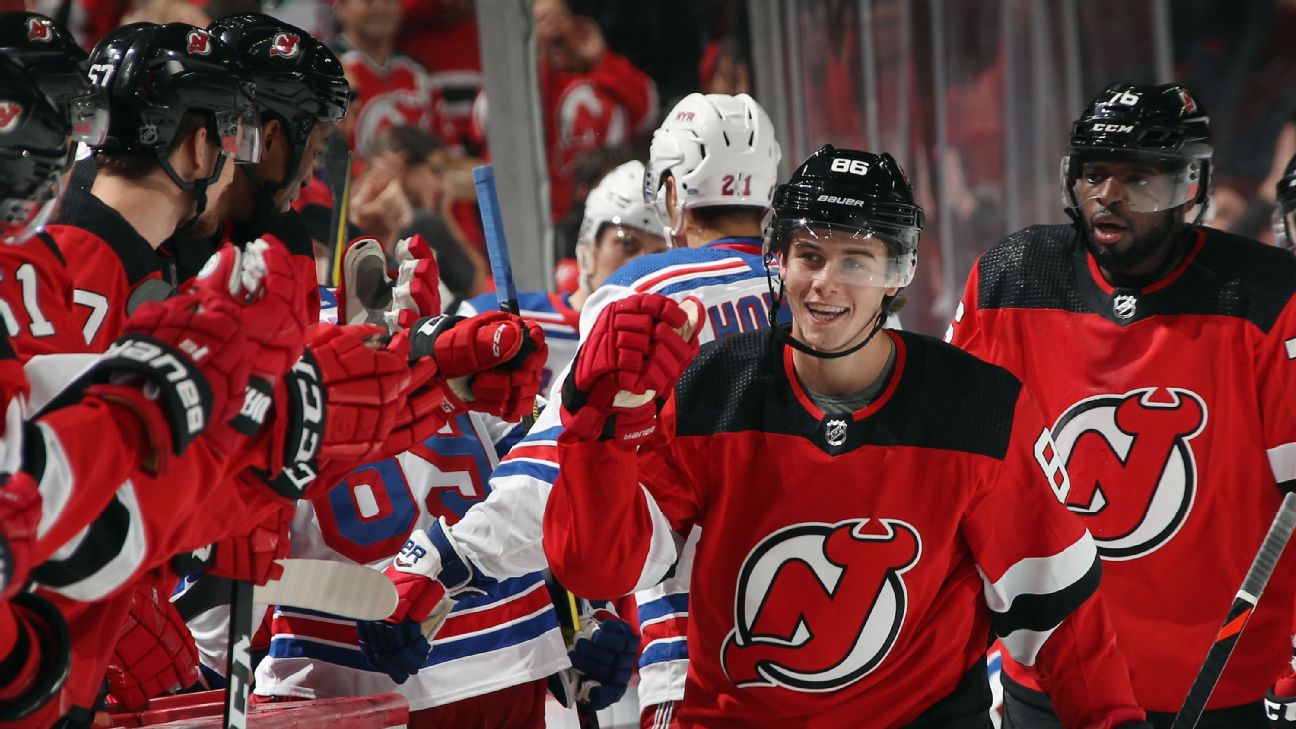 Former Hart Trophy winner Taylor Hall is healthy and is joined by No. 1 pick Jack Hughes, P.K. Subban, Nikita Gusev and Wayne Simmonds. Is this team a contender? Here's everything you need to know about the Devils heading into the 2019-20 NHL season:

The big question: Is this a playoff team?

Hall, the 2018 league MVP, becomes a free agent next summer, and he says his biggest deciding factor will be playing for a team that's close to winning a Stanley Cup. So it doesn't feel like a coincidence that the Devils made significant upgrades this offseason. General manager Ray Shero accelerated his team's timeline after winning the 2019 draft lottery and the chance to select Hughes. Shero then traded for Subban, a true top-pairing defenseman the Devils previously lacked, and added veteran power forward Simmonds and scoring winger Gusev.

Is it enough? And can we expect the same MVP-level Hall after a season cut short due to a mysterious knee injury? Of course, all of it will be moot if goaltending cannot hold up.

Hughes, just 18, is the future face of the franchise, and he did everything to get Devils fans excited with a strong preseason. Simmonds is looking to rebound from a tough 2018-19 in which he wasn't fully healthy, and Subban bolsters the blue line significantly. Gusev, a former KHL scoring champ, is the wild card.

The team also added reserves Connor Carrick and John Hayden. Gone from last season are Brian Boyle and Keith Kinkaid, who departed at the trade deadline, as well asKenny Agostino, Ben Lovejoy, Stefan Noesen and Drew Stafford. The Devils have more than $6 million in projected salary-cap space (Subban's $9 million annual salary is by far the team's most expensive). The biggest cap focus is inking Hall to a long-term deal at some point this season -- whatever that cost might be.

Cory Schneider regains form and has a strong season as the team's No. 1 goaltender. The veteran knows that Mackenzie Blackwood, 22, is New Jersey's goalie of the future. But Schneider could fend off a split-share situation (or losing the starting job) with a strong start. Schneider told ESPN, "This was the best summer I've had in a long time. Physically this is the best I've felt in a long time in terms of aches and pains."

After leading the KHL in scoring in 2018-19 -- a remarkable 82 points in 62 games for SKA St. Petersburg -- the 27-year-old is looking to make his mark in the NHL. Gusev, who landed with the Devils via a trade with the Golden Knights, will likely slot in as the second-line winger next to Hughes.

Taylor Hall, as long as he returns 100 percent healthy. Last season "probably went as bad as it could have gone," Hall told ESPN of his 2018-19 campaign, which was limited to 33 games. He's the heartbeat of this team, an emotional leader who can single-handedly take over games, and the return of a healthy Hall would register as the biggest addition to a roster that was bolstered by a lot of them this summer.

If there's one thing that could do this team in, it's goaltending. We've seen inconsistent production from the Devils' netminders in the recent, post-Martin Brodeur years. That's what could prevent this team from making the playoffs.

Good problems to have when filling out the top line on your depth chart: Do you use the center you drafted No. 1 overall in 2017 or the center you drafted No. 1 overall in 2019? Hall has some chemistry established with Nico Hischier, the top pick two years ago, but don't discount Hughes as an option. Both are solid options for your team, but Hischier should come a lot cheaper.

The Hischier versus Hughes debate loses some of its luster when you realize no one really loses. Both will almost surely be on the power play and the Devils have upgraded enough elsewhere for us to get excited about the second line, too. Gusev, in particular, is going to be an intriguing addition, but Kyle Palmieri and Jesper Bratt and/or Simmonds will fill out a solid top six.