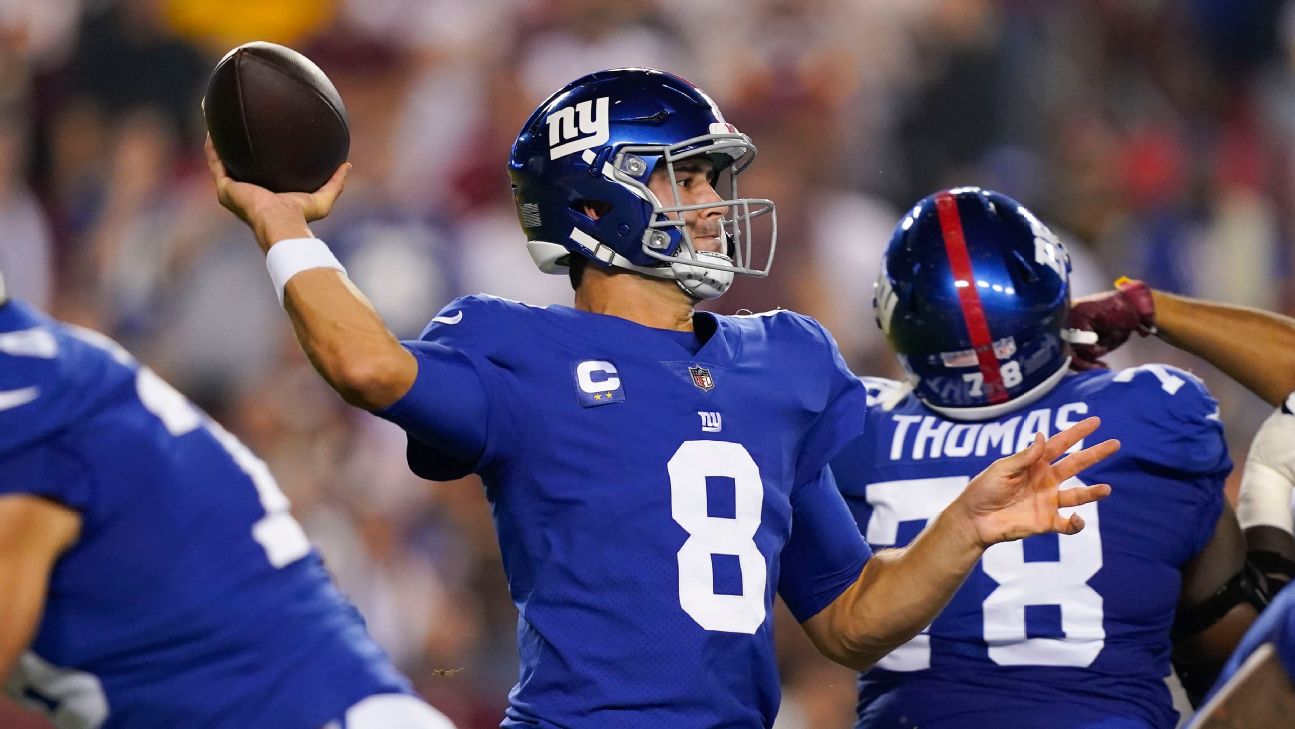 Golladay, who had three catches for 38 yards on eight targets, was seen yelling in Jones' direction near the bench in the closing minutes of the game.


"He was frustrated with the situation," Jones said afterward. "I don't think it was to me or anyone in particular."

Golladay, who signed a massive free-agent contract that included $40 million guaranteed this offseason, has seven catches for 102 yards in his first two games with the Giants. He was not available for comment after the defeat, which dropped the Giants to 0-2 for the fifth straight season.

New York coach Joe Judge said he saw Jones and Golladay "hugging in the locker room" but that he didn't know anything else about the situation.

Jones said he and Golladay talked in the locker room afterward and that everything was good. The quarterback said he didn't take it personally.

"I'll say again: He wasn't showing me up individually," Jones said. "So, part of the game. Like I said, he's emotional, wants to win. We all do. I respect that."

Part of Golladay's anger appeared to come from his desire to want the ball more. He had only one target in the fourth quarter on Thursday and was covered tightly on it.

"Yeah, I think that is part of it," Jones said. "You certainly want the receivers that want the ball. We'll keep working through it."


Jones said he didn't believe he and Golladay would have a problem moving forward. The signal-caller stressed that the two have a strong relationship and that he appreciates Golladay's passion and the emotion he brings to the table.

Wide receiver Sterling Shepard is close with both players and didn't make much of the dustup.

Despite being under heavy pressure, Jones played one of the better games of his career on Thursday. He threw for 249 yards and a touchdown and ran for 95 yards and a score. He also had another long touchdown run negated by a penalty.

For the second straight week, it was Shepard, not Golladay, who was Jones' favorite and most dependable target. Shepard caught nine passes on 10 targets for 94 yards against Washington. 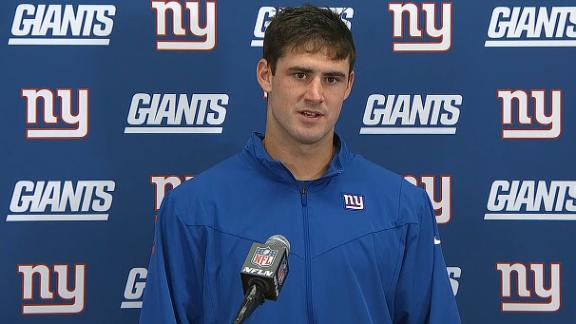 Jones plans to 'work through' dispute with Golladay
Daniel Jones appreciates Kenny Golladay's passion and says they will "work through" this dispute. 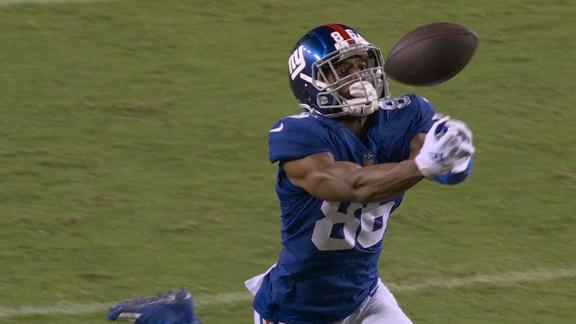