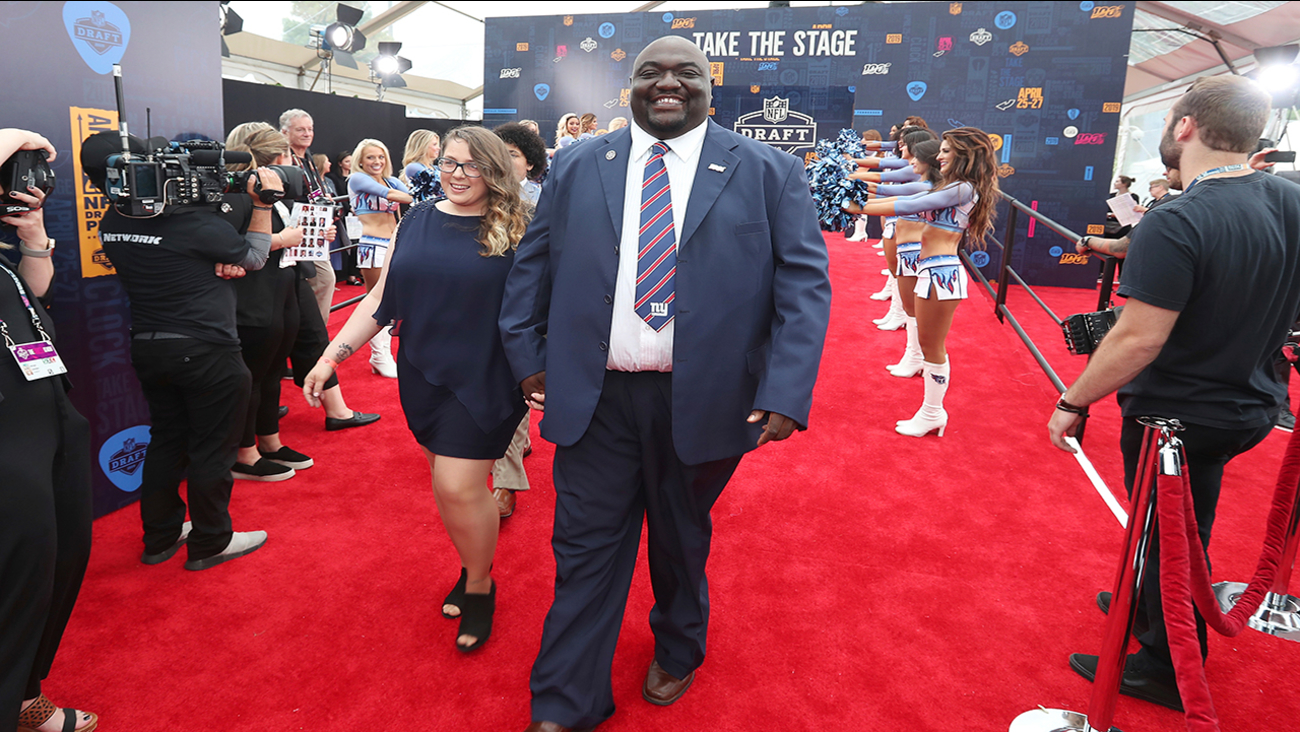 NASHVILLE, Tennessee (WABC) -- One lucky New York Giants fan will have the opportunity to watch his favorite team for a long time to come.

At Thursday night's NFL draft, the event began with the announcement that Greg Hampton was the winner of a contest for two season tickets - for the next 100 years.

Hampton, one of three finalists for the prize, was joined by his family on the stage in Nashville.

The contest is part of the NFL's celebration of its 100th season.

The announcement was made by Hall of Fame defensive tackle Joe Greene, who was joined at the start of the draft by NFL Commissioner Roger Goodell, Hall of Fame receiver Tim Brown and quarterback Marcus Mariota of the hometown Tennessee Titans.