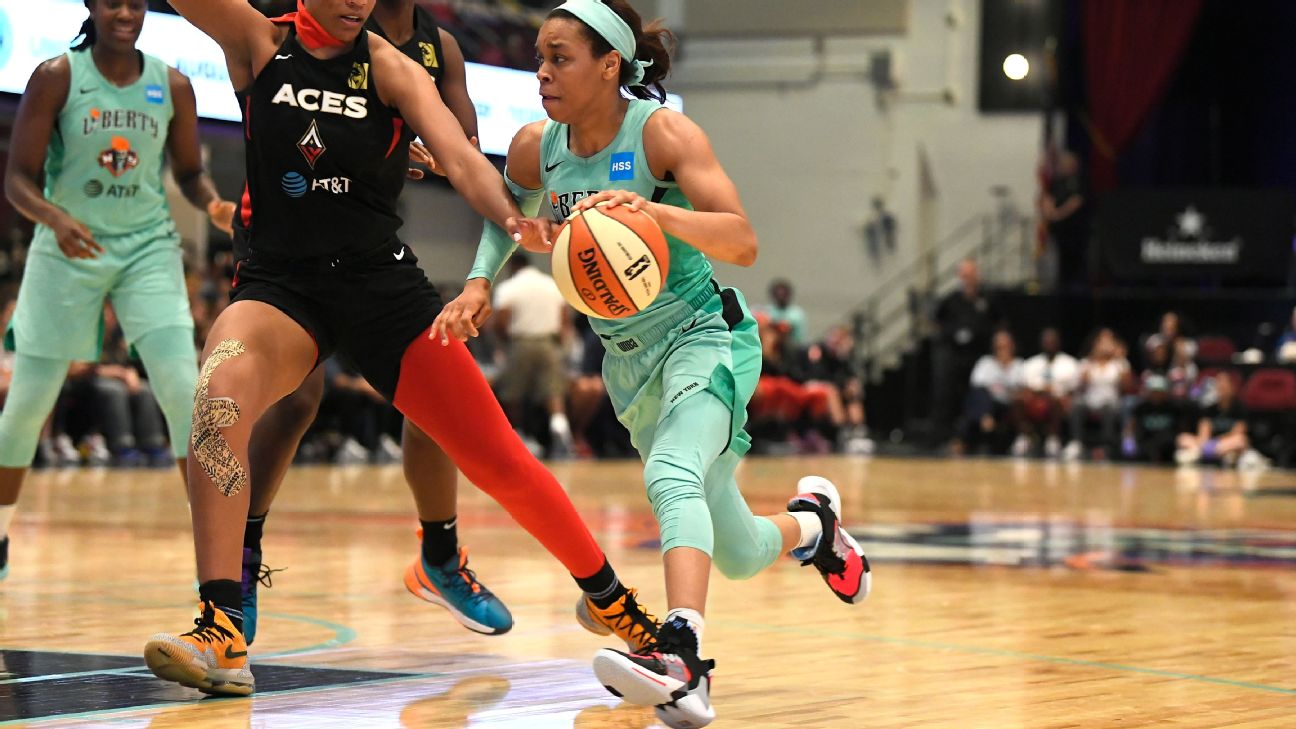 New York Liberty guard Asia Durr said during an Instagram Live session on Tuesday that she has been cleared to resume basketball activities after missing the past two seasons while dealing with long-haul COVID-19 symptoms.

Durr, the No. 2 pick in the 2019 WNBA draft, explained that she had to undergo cardiac testing after contracting the coronavirus -- as mandated by the WNBA -- and "all my tests came back good."


"I've been working out for the past month or so on my own, but now I can work out officially," Durr said Tuesday. "The doctors can obviously tell I've been out and I'm not in the best shape. So I literally just started back working out, like six weeks ago. That was my first time working out in two years, and since having COVID. I will be training every single day to play next year.

"I missed two good seasons because of COVID. Sitting back, watching my teammates. I'm excited to play with my team, man. This is not one of those things were you wake up tomorrow and it's there. This is a day-in and day-out process."

Durr was a standout at Louisville, leading the Cardinals to the 2018 women's Final Four. She averaged 9.7 points in her rookie season with the Liberty but was limited to 18 games because of a hip injury that required offseason surgery. She was expected back at full strength for 2020, but was diagnosed with COVID-19 in June of that year.

Several other WNBA players dealt with the virus, too. Some, like Durr, received medical exemptions for the 2020 season and received their salary. Others were able to recover and play in the bubble in Bradenton, Florida. The Liberty had the league's worst record at 2-20 that season.

Durr told ESPN in January 2021 that she was still dealing with many ailments, including fatigue, headaches and a feeling of "fog" when it came to concentration and memory.


She explained at the time, "It's been so unpredictable -- one day, I feel better. The next, I feel terrible. It's just so much about this is unknown. We're still trying to learn. But I'm doing everything I can. I'm a fighter; I'm not going to quit."

Durr wasn't able to return for the 2021 season. The Liberty finished 12-20 and advanced to the first round of the playoffs, where they lost a single-elimination game to Phoenix.

Durr is eager to get to where she can help the team again.