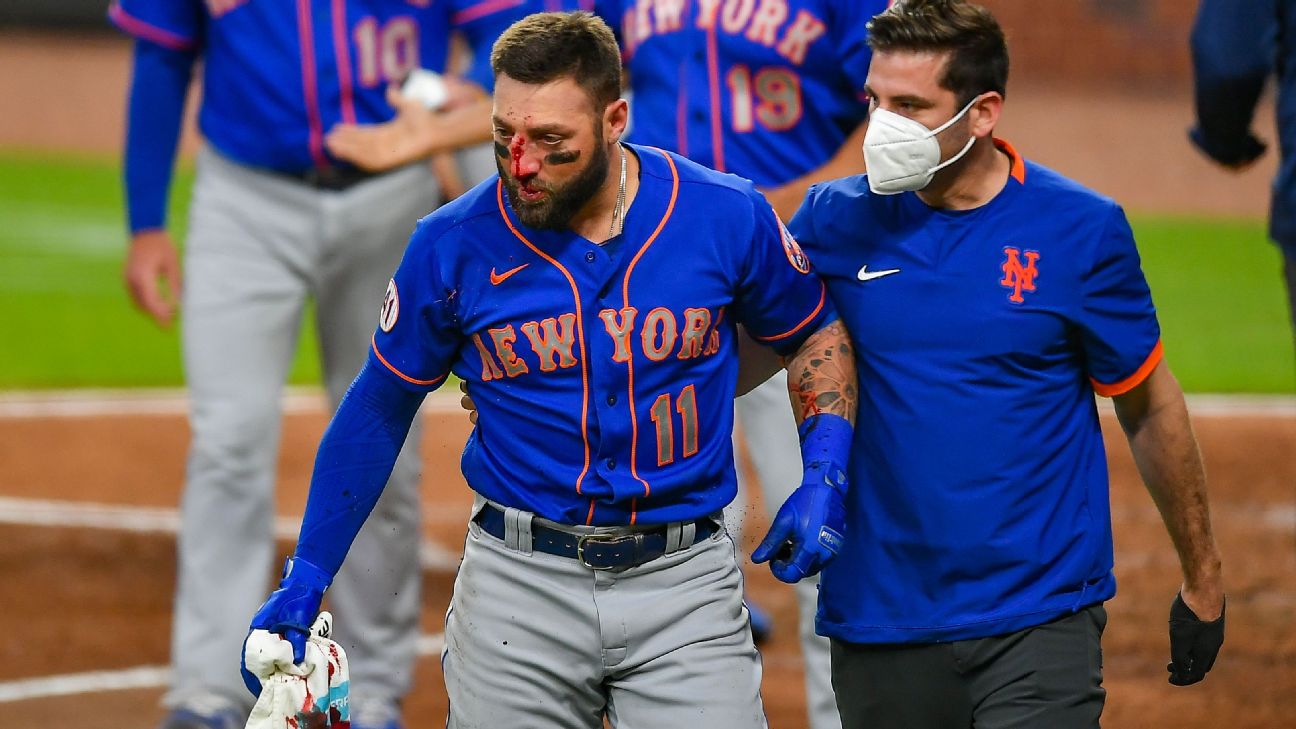 Mets manager Luis Rojas said after New York's 3-1 win that Pillar left Truist Field in Atlanta to go to the hospital and undergo a CT scan.


Rojas said the team will find out more about Pillar's injury on Tuesday. Meanwhile, Pillar tweeted that he was "doing fine."

"It's real scary," Mets catcher James McCann said. "Everything kinda stops for a second. He gets hit by a pitch, and the last thing I'm thinking about is touching home plate. ... Our thoughts and prayers are definitely with him."

During the seventh inning, Webb drilled Pillar in the nose with a 94 mph fastball. Pillar immediately fell to the ground, with blood pouring from his nose. He was quickly helped to his feet with towels covering his face as he was escorted off the field.

"This guy is a warrior," Rojas said. "He shows up every day to play hard, and you saw him. He got up on his feet and left. There's no chance I thought he was going to be able to do that after I saw where the ball hit him in the face. He got up and he left. That's at least one positive to see."

Braves players, including Webb, watched the frightening scene in shock. As members of the Atlanta grounds crew covered the blood left in the batter's box area, Webb was removed from the game.


"You never want to see anyone get hit in the face or in the head by a ball, especially coming at that velocity," said Mets pitcher Taijuan Walker. "Pillar is a tough guy. It's just one of those things where you just shake your head and you're sick to your stomach."

Walker also exited Monday's game early. He pitched only three innings, allowing one hit and no runs, before leaving with tightness in his left side.Walker will have an MRI on Tuesday, according to Rojas.

The injuries to Walker and Pillar came after the Mets added two regulars to the injured list before the game. The Mets placed outfielder Michael Conforto and second baseman Jeff McNeil on the 10-day IL with hamstring injuries. Ace starter Jacob deGrom already was on the IL, recovering from right side tightness.


"We're taking a week-to-week approach with both of these guys," Rojas said.

Conforto said Monday he had been dealing with other injuries, including a sore calf. McNeil missed time last week with cramping in his leg and said Sunday the injuries might be related.

ESPN's Joon Lee and The Associated Press contributed to this report. 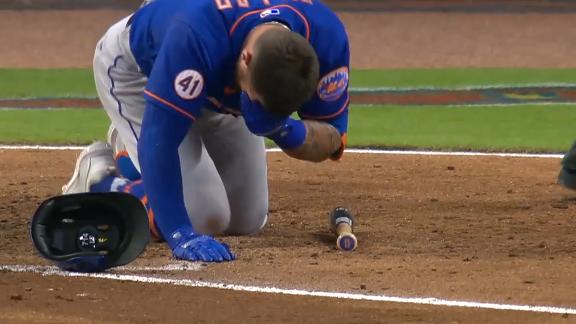