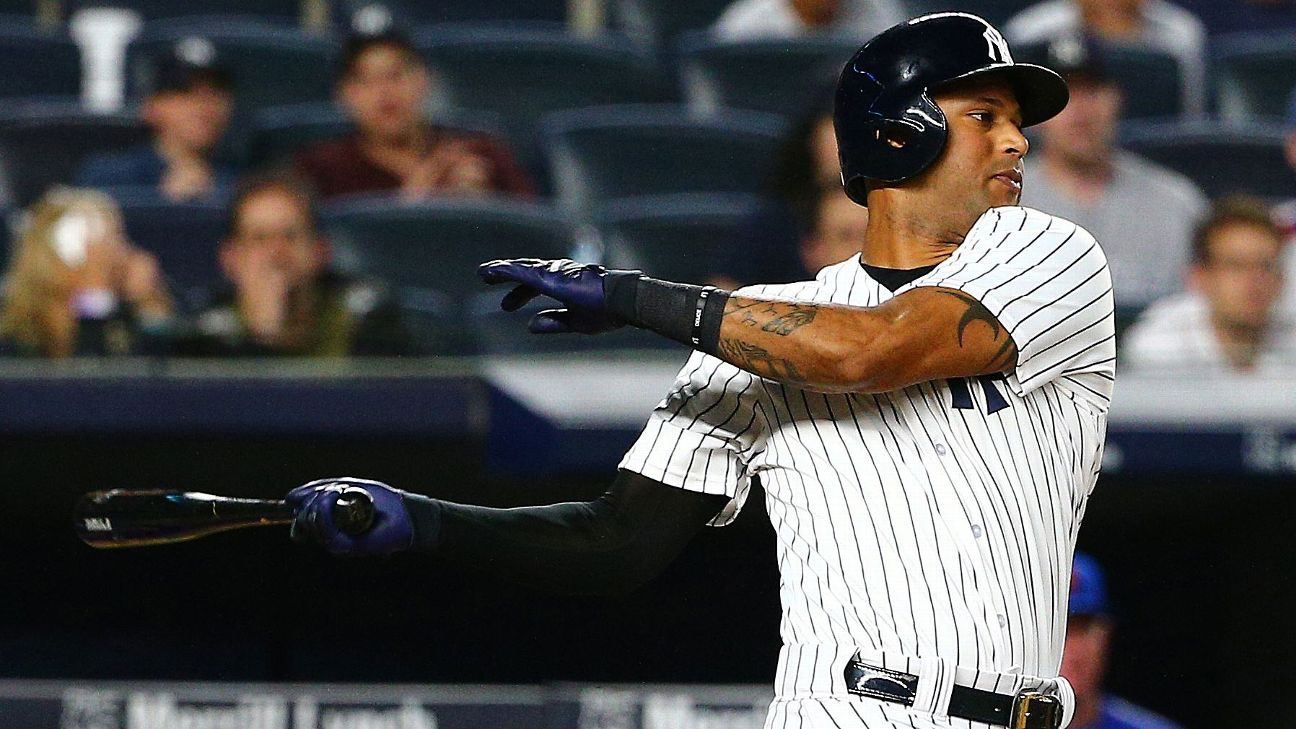 DUNEDIN, Fla. -- New York Yankees center fielder Aaron Hicks took himself out of the lineup for Monday's series opening win against theToronto Blue Jays at TD Ballpark in the wake of the unrest in Minneapolis after the police shooting of Daunte Wright on Sunday night


"With all that's going on in Minneapolis, he's having a tough time right now," Boone said of Hicks. "Had a conversation in my office and he just felt like it was best to not be in the starting lineup tonight. And I certainly support that and we'll and try to rally around him the best we can. Obviously, the situation is heartbreaking right now in Minneapolis. And I think it has hit Aaron particularly hard."

"I talked to [Giancarlo Stanton] briefly, so we'll see where that leads," Boone added. "Talked to [hitting coach] Marcus [Thames] a little bit. A lot of this has unfolded since I've been here. ... I didn't know until late this morning about what had gone on or the news reports around it, so just getting here and trying to process it all."

Wright, a 20-year-old Black man, died Sunday after a police officer shot him in the suburb of Brooklyn Center during a traffic stop.

The Minnesota Twins postponed Monday's game against the Boston Red Sox in the wake of the shooting.

Hicks was the Twins' first-round draft pick in 2008 and was the franchise's top minor league prospect before making his debut in 2013. The Twins traded Hicks to the Yankees in 2015 for backup catcher John Ryan Murphy.


"[Hicks] came to me probably about an hour ago. I think it's just been a hard day for him, understandably, and emotional. I just think he felt like he would have a hard time going out there tonight, and probably just thought it was best to keep him out of the lineup," Boone said. "All I can do is trying as best I can to offer that support and let him know that I'm here for him, and I understand how he's feeling."

Hicks, Stanton, Boone andAaron Judge, were part of the group of more than 100 players, coaches and managers who donated part of their salaries to The Players Alliance, a group of active and former MLB players formed to combat racial inequality.

Stanton and Hicks were also the only two Yankees players who knelt during the national anthem early last season in the wake of growing social justice concerns.

When addressing any criticism of Hicks for making the decision not to play, Boone said his only concern was with his players' well-being and supporting their decision.

"I would say that Aaron's hurting in a huge way, and in a way felt it was probably the responsible thing to take himself out in knowing that it was going to be hard for him to be all in mentally in what's a high-stakes, difficult job to go out there and perform for the New York Yankees," Boone said. "Things that go on in society and in our culture spills over into athletics and these guys, rightfully so, have gained more and more of a platform to be able to express themselves. And I certainly support their right to do that." 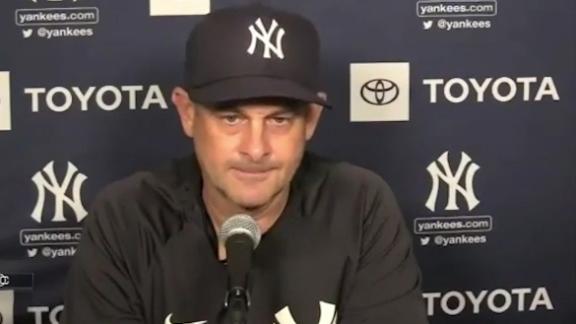