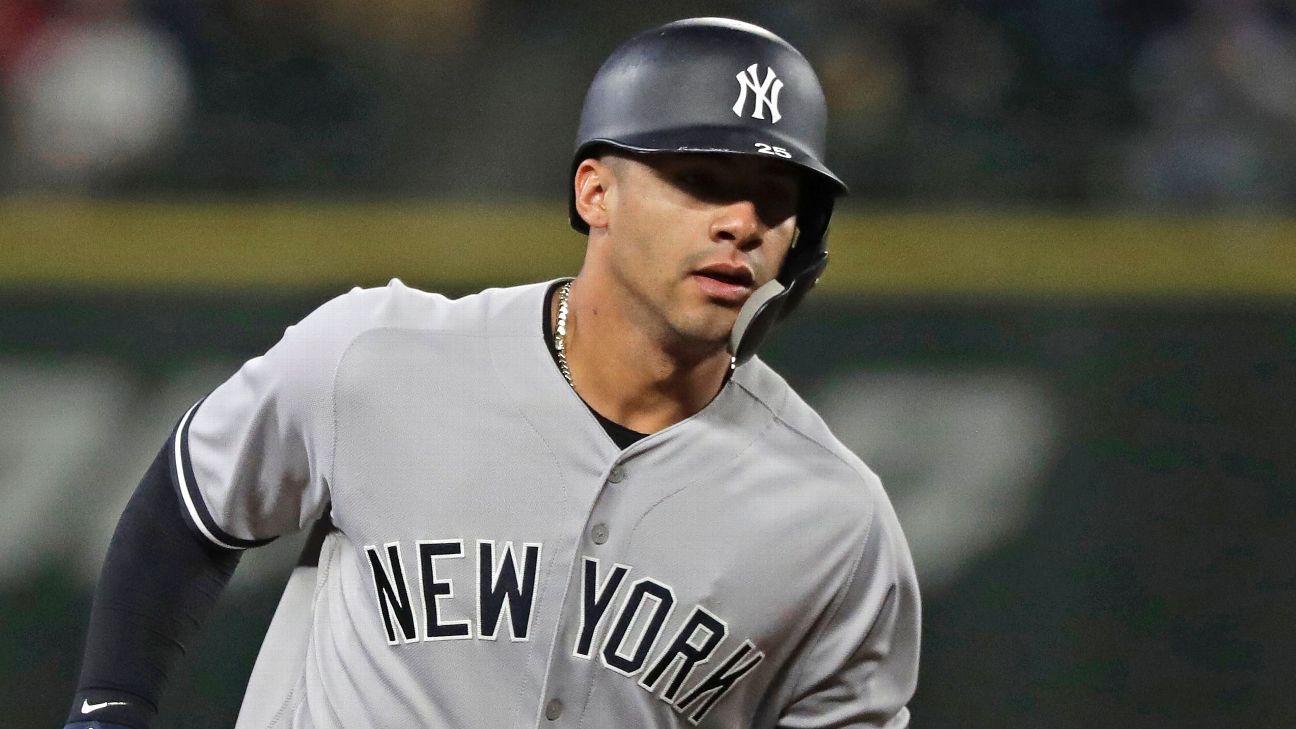 The Yankees have confirmed eight cases of COVID-19 this week, with Torres being the first player to test positive over that stretch. The previous seven cases had been among the Yankees' coaching and support staffs, including pitching coach Matt Blake, third-base coach Phil Nevin and first-base coach Reggie Willits.


"The variant that we're dealing with has been pretty aggressive. But thankfully, the information I've been provided is the benefit that we have been vaccinated in most cases has really taken root," Cashman said ahead of the Yankees' series finale vs. the Tampa Bay Rayson Thursday. "I take a lot of great comfort that that's the purpose of the vaccine, to protect. And it appears to be doing that, despite still having the ability to spread, which we were educated with that prior to the vaccination."

Torres was placed on the COVID-19 injured list after testing positive for the coronavirus for the second time in less than a year. The Yankees announced Torres' diagnosis Thursday, saying he "was fully vaccinated and previously had COVID-19 during the most recent baseball offseason."

According to the health and safety protocols agreed upon by Major League Baseball and the MLB Players Association for the 2021 regular season, any player who tests positive must isolate for a minimum of 10 days, including those who are fully vaccinated. An MLB-MLBPA joint committee is able to clear players to come off the 10-day COVID IL earlier if they are completely asymptomatic and have multiple negative laboratory PCR tests.

Cashman said he was encouraged by the fact that Thursday was the first day with no new positive cases.

"In terms of the return testing, this was the first day I believe that we've had complete negative, which is good," he said. "That gives you a little optimism, it doesn't guarantee anything, that maybe it's slowing down in terms of the exposure.

"The biggest thing I would want to convey or reinforce is that we are trying to be as open and transparent as we legally can. Because I know that this is an understandably newsworthy event," Cashman added. "I know that we are maybe a case study to some degree, in some cases curiosity for people who don't know that, despite being vaccinated, you are really still potentially exposed, and then we can educate people that your exposure is limited significantly, not to getting the virus, but how the virus affects you."

The Yankees reached the necessary 85% vaccination threshold on their traveling party that allowed them to relax some of the COVID-19 protocols several weeks ago, which will be tightened back up.


"I think it's stopped us a little bit in our tracks and being a little more diligent," Yankees manager Aaron Boone said. "Because I think when we got to that [vaccination] threshold, frankly I probably relaxed a little bit. I think for all of us it just kind of made us be a little more cautious."

The Yankees said in a statement that they were consulting with MLB, the league's medical experts and the New York State Department of Health. CDC director Dr. Rochelle Walensky also told reporters Thursday that they "need to learn more about that situation" with regard to the Yankees.

Johnson & Johnson did not confirm whether its shots were used on Torres and the affected staff but said in a statement that "we carefully review all reports of adverse events in individuals receiving our medicines and vaccines."

All eight people who tested positive were fully vaccinated for COVID-19, with Boone saying they all received the Johnson & Johnson single shot. Nevin had been the only individual who manifested symptoms, which have since subsided. All eight individuals are now symptom-free but continue to test positive.

Instead of leading to more vaccine hesitancy, which Cashman acknowledged was a concern, the Yankees GM said that the outbreak should serve as evidence of the overall efficacy of vaccines. Most members of the Yankees traveling party were vaccinated by the Johnson & Johnson single-dose vaccine, but others received the two-shot vaccines.

"When you read the fine print, they tell you that you still could get COVID and the vaccine is to protect you from the symptoms, either to eliminate them altogether and protect you. It's not full protection ... but the one thing I take from this is I believe the vaccine is working," Cashman said. "We can take great comfort, thankfully, that all who were vaccinated with the J&J, provided from two different states, the one batch in New York, the other batch in Florida, at various different times, one in March versus obviously earlier in April, we believe it has protected us from obviously something severe or something much more difficult to be handling than we currently are." 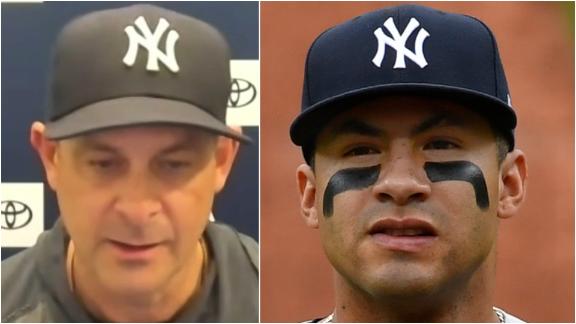