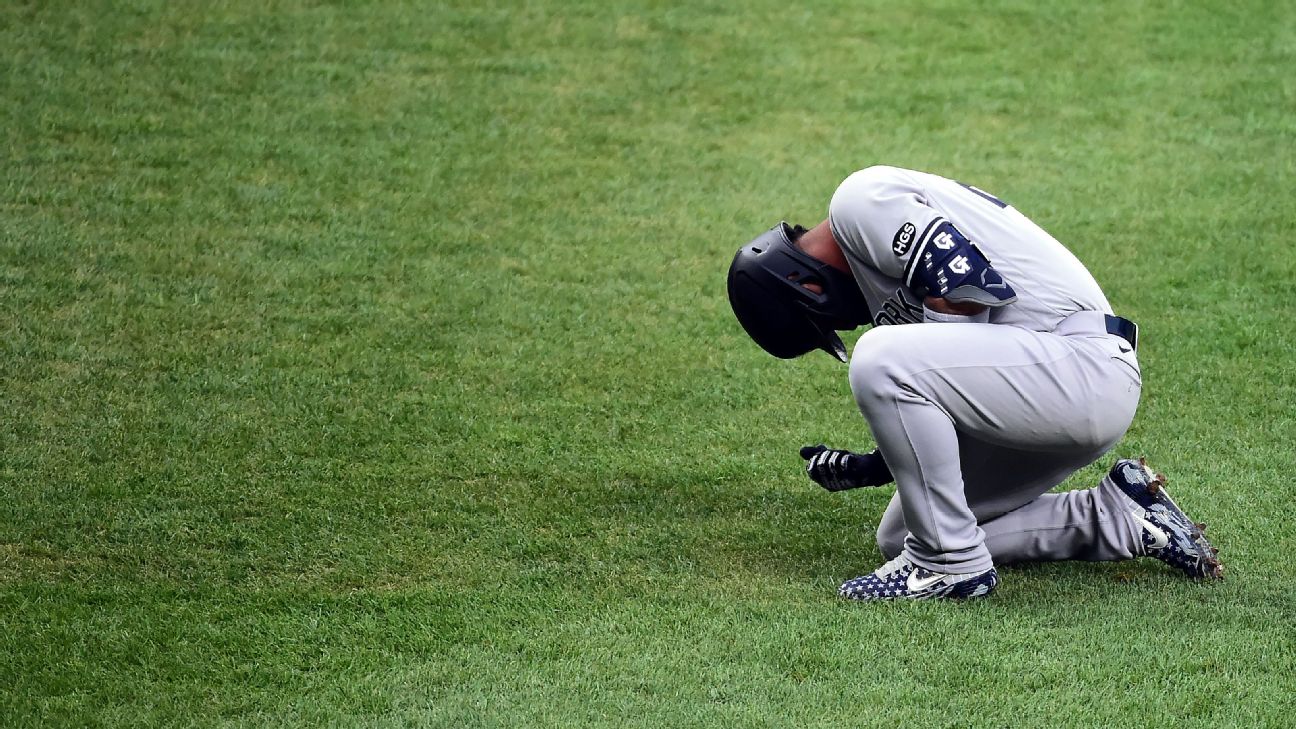 Torres was hit by a pitch in the first inning against the Baltimore Orioles and left in the fourth. But the team later said X-rays were negative and that Torres had a right elbow contusion. After the game, an 8-6 New York win, he and Yankees manager Aaron Boone indicated the injury shouldn't keep him out for long, if at all.


"It's sore a little bit but getting better right now," Torres said. "The swelling is going down. Let's see how I feel tomorrow."

Torres, the Yankees' new starting shortstop after Didi Gregorius left in free agency this offseason, was hit square on the elbow by a John Means pitch. He remained in the game and flied out against the Orioles starter in the third inning before being replaced defensively byTyler Wadein the fourth.

Torres was the second batter hit by Means, who grazed Aaron Judge with a pitch before plunking the shortstop. After Gary Sánchez became the third hit batsman, this time by reliever Travis Lakins Sr.in the fourth inning, the Yankees could be heard voicing their displeasure at Camden Yards.

Torres had a quiet two-game series in Baltimore, going 0-for-5 with a walk and a hit by pitch. He destroyed the Orioles last season, hitting an MLB-record 13 home runs and collecting 20 RBIs in 18 games and slashing .394/.467/1.045 against Baltimore pitching.

Boone said after the game that reliever Tommy Kahnle was not available. When asked why he opted to use pitcher Jonathan Loaisiga in a spot usually reserved for the 30-year-old right-hander, Boone answered with a cryptic, "We'll have something on that tomorrow."

The Yankees' bullpen, one of the best in the majors, is already short-handed with Aroldis Chapman on the COVID-19 injured list. Kahnle has pitched only one inning this season, throwing 20 pitches and striking out three batters in the Yankees' 3-2 win over the Washington Nationals on Sunday.

Last year, the Yankees sent a major league-record 30 players to the injured list. 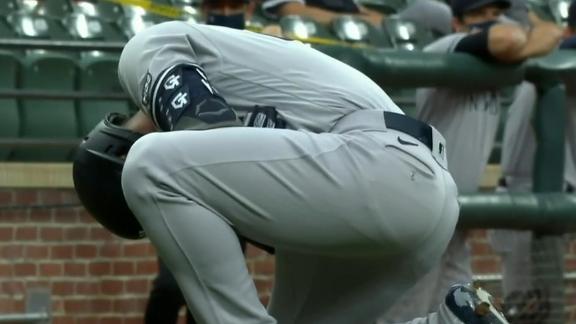