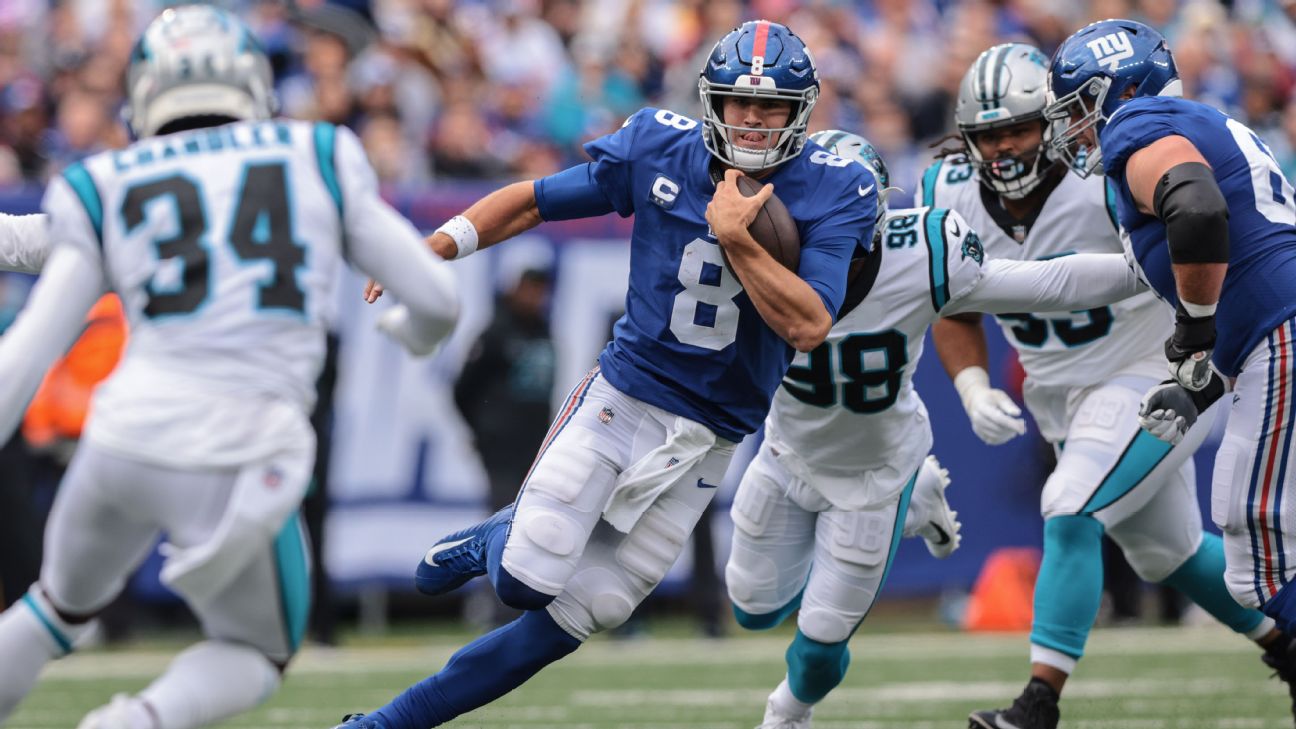 It seems equally unlikely that anyone had "Derrick Henrythrows touchdown pass." That's because the latest NFL Sunday was chock-full of unexpected moments.


In case you were too busy coming to grips with the fact thatJoe Burrow,Ja'Marr Chaseand theCincinnati Bengalshanded theBaltimore Ravensa 24-point loss -- and secured a 5-2 start to the season -- to focus on the guy wearing a swim cap and goggles in Levi's Stadium, we've got you covered with all the wild, unforeseen and head-scratching moments you might have missed:

Daniel Jones shows off the hands ...

Odell Beckham Jr.,is that you? If Sunday proved anything, it's that we have been underestimatingJones' skill set. TheNew York Giants' quarterback got up -- and back -- to make this grab:

The OBJ comparisons rolled in immediately. Because if you're on the Giants (or any team, for that matter) and you make a one-handed catch, you're compared to OBJ. We don't make the rules.

Henrysaw Danny Dimes' catch and raised him a touchdown pass. It's also possible King Henry heard the argument that running backs don't win NFL MVP, so he decided to show off his arm.

Either way, the NFL's rushing leader finishing a drive out of the wildcat with a 5-yard touchdown to tight endMyCole Pruittfor the 7-0 lead was impressive, and it helped theTennessee Titansto a huge 27-3 win over theKansas City Chiefs.

It was Henry's second career passing touchdown. He connected with wide receiverCorey Davison a similarly designed play in the Titans' 28-12 win over theBaltimore Ravensin a 2019 divisional playoff game.

Get you an RB who can do both.

This is a thing? Apparently we weren't the only ones who felt blindsided by the holiday, as Panthers great and retired tight end Greg Olson made it clear at the end of this video that #NationalTightEndsDay wasn't observed when he was playing:

Good for tight ends. Demand your respect (and jersey sales).

It doesn't get much cooler than owning the title of "only QB to throw for 600 touchdowns in NFL history."

But if you can't be Brady, being the proud owner of his 600th touchdown ball is assuredly the next best thing -- not only for the artifact's historical significance but the financial boost selling it would presumably provide.

Thanks to Evans, one lucky fan was briefly in that position. That is until a Tampa Bay official came to ask for the ball back.

Evans, who gave the ball away without realizing its significance in the moment, took to Twitter after the game to apologize to his "big bro" Brady and express his relief that the ball had been returned to its rightful owner.

In other Bucs news,Tampa Bay's defense brought out the "row your boat" celebrationafter forcing a turnover on Chicago Bears rookie QB Justin Fields. Then they did it again ... and again.

Fields became the first Bears player to fumble three times in a half since Jay Cutler in 2010, according to ESPN Stats & Information.

The most impressive part of the celebration has to be the turnout ... there were 13 people in that boat.

The conditions were expected to be less than ideal for the Sunday Night Football showdown between theIndianapolis Coltsand theSan Francisco 49ers, and mother nature delivered on that promise.

While players were struggling to control the football, at least one fan looked completely at ease braving the elements. That's because he showed up to the stadium with a swim cap and goggles.

You could say he fully understood the assignment.

Rodgers isn't here for the hotel ...

Aaron Rodgershas never been one to shy away from speaking his mind, and Sunday was no exception.

After the Green Bay Packers beat the Washington Football Team, Rodgers shared that he had woken up with a sore back that morning. As he was shouting out members of the Packers training staff for helping him get right for the game, he also made sure to remind us ofhis qualms with the precedent that players must stay in a hotel the night before home games.

"My back was a little stiff Saturday, and maybe you guys know this or don't know this, but there's an antiquated procedural thing in our league where the most important night of sleep, we stay at a hotel, and I don't want to blame it on the hotel -- it's a nice hotel -- but my bed at the house that I'm sleeping in every other night of my time here in Green Bay would probably be a little bit of a better option, I think, and that's just my opinion," Rodgers said when asked to elaborate.

Rodgers completed 27 of 35 passes for 274 yards with three touchdowns and no interceptions in the Packers' sixth straight win. Imagine what he would do if he got to sleep in his own bed. 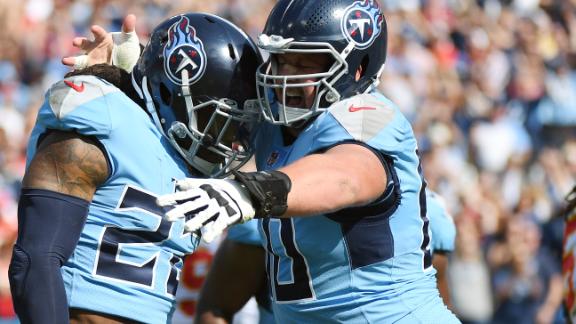