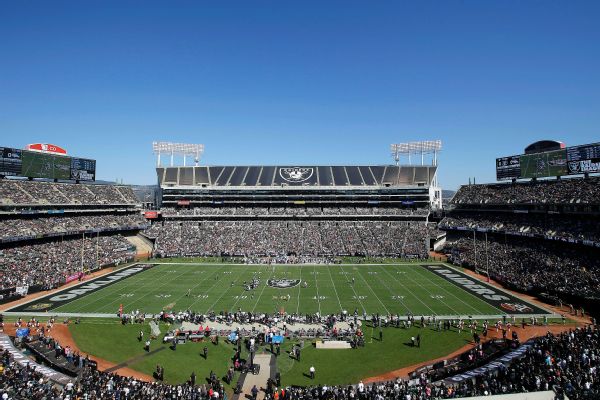 The mayor of Oakland announced that the city has reached a framework agreement with the Ronnie Lott group for a new stadium, with the hopes of keeping the Raiders in Oakland.

"It is exciting that we have reached a conceptual framework agreement with the Lott group," said Mayor Libby Schaaf.

The framework agreement does not include the Raiders, nor has Raiders owner Mark Davis agreed to stay in Oakland. The agreement would need to be approved by the Board of Supervisors and the Oakland City Council before the groups could move forward.

Schaaf is scheduled to present the deal to the Board of Supervisors on Tuesday in a closed-door session. It would then go to the Oakland City Council on Nov. 29, if it passes.

Davis reaffirmed to ESPN in October that he plans to play the next two seasons at the Oakland Coliseum, even if the team gets the green light from the NFL to move to Las Vegas.

"We want to bring a Super Bowl championship back to the Bay Area," Davis said at the time.

Davis and the Raiders have the financing plan in place for a $1.9 billion stadium to be built in Las Vegas after the Nevada state legislature approved a tax plan in October to raise $750 million toward the project. Nevada Gov. Brian Sandoval then signed the bill, clearing the way for the stadium, which would also be used by UNLV's football team.

Davis has denied speculation that supporting the Las Vegas plan was a way to force Oakland to build a new stadium.

"I made a commitment to the governor of Nevada," he said in October. "I've never used another city as leverage."

Relocation needs the blessing of three-fourths of NFL team owners, who historically have shunned Las Vegas because of its legalized sports betting.