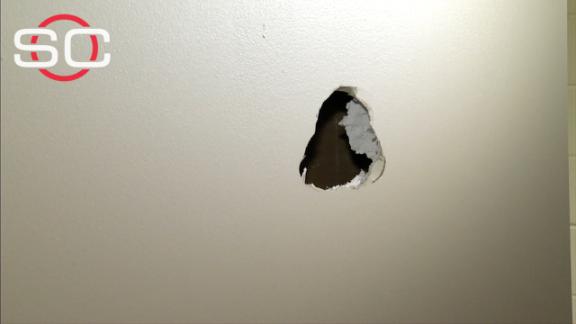 New York Giants wide receiver Odell Beckham Jr. allegedly punched a hole in a wall after his team's 38-13 playoff loss to the Packers in Green Bay, according to ESPN's Sal Paolantonio, who alsosaw Beckham banging his head against a door.

Grounds crew members told Paolantonio that they heard someone hitting the wall outside the crew's locker room at Lambeau Field, which is located adjacent to the interview room where Beckham had just spoken with reporters. When grounds crew members came out of the locker room, they saw Beckham and the hole in the wall.

Paolantonio said Beckham then banged his head against the door outside the Giants locker room.

NFL security is investigating the hole in the wall. A securityemployee told Paolantonio that the security team took pictures, spoke with members of the grounds crew, and took their phone numbers for follow-up interviews.

A Giants spokesman said the team is aware of the incident but isn't commenting.

Packers spokesman Aaron Popkey declined comment when asked Monday if the team will bill the Giants for the repair. In 2008, when a Chicago Bears player also punched a hole in a wall at Lambeau Field, the Packers billed the Bears for the damage, a source told ESPN's Rob Demovsky.

Prior to the incident, Beckham was calm and composed during his postgame media conference.

"These are the learning experiences, as tough as they are," Beckham said. "This is what you stand on and grow from. It sucks. There is no way to put it. It sucks. It is a horrible feeling."

The second-team All-Pro receiver finished with just four catches for 28 yards on 11 targets. He also dropped a pair of passes, including one that would have been a touchdown in the first quarter. Instead, the Giants settled for a field goal.

"I'm sure it's going to be a long offseason," Beckham said. "At the end of the day, you just have to take it and you have to grow. You have to learn from it and find ways not to have this feeling again."

The 28-yard output is tied for the second-fewest receiving yards in any game of Beckham's career, according to ESPN Stats & Information research. The weather may also have been a factor. All three of Beckham's multi-drop games have come when the kickoff temperature was below 41 degrees.

Beckham was emotional after the loss, which isn't uncommon for the high-strung star. He was seen banging his head against the wall after a loss to the Philadelphia Eagles several weeks ago.

"Odell is an emotional guy. He was disappointed," quarterback Eli Manning said of his star receiver's demeanor in the locker room after the loss. "I saw him with his head down and disappointed. There are a lot of guys that will shed a tear or two. When you lose a playoff game -- and for a lot of guys it's their first time in the playoffs -- to kind of have the season abruptly end like that is a shock. Everyone handles it differently."

The criticism of Beckham will extend beyond his on-field performance and postgame actions. The easy out is to connect his subpar performance to a trip the Giants wide receivers took to Miami early last week with a playoff game on the horizon.

Beckham understands, even if he doesn't agree with it. He was adamant the trip had nothing to do with his performance.

"It sounds typical to me. ... At the end of the day, I went through practice, had zero drops, zero missed assignments -- there was nothing to connect seven days ago to [Sunday's game] and how we played and executed. There is just nothing in the world. It's just not realistic," Beckham said. "I think it did a great job at creating distractions for us. And it's unfortunate. That is just the way this world is. There is just no way you can connect something that happened seven days ago to [Sunday]."

So is Beckham's first playoff run, which lasted just one game and ended with an uncharacteristic performance. 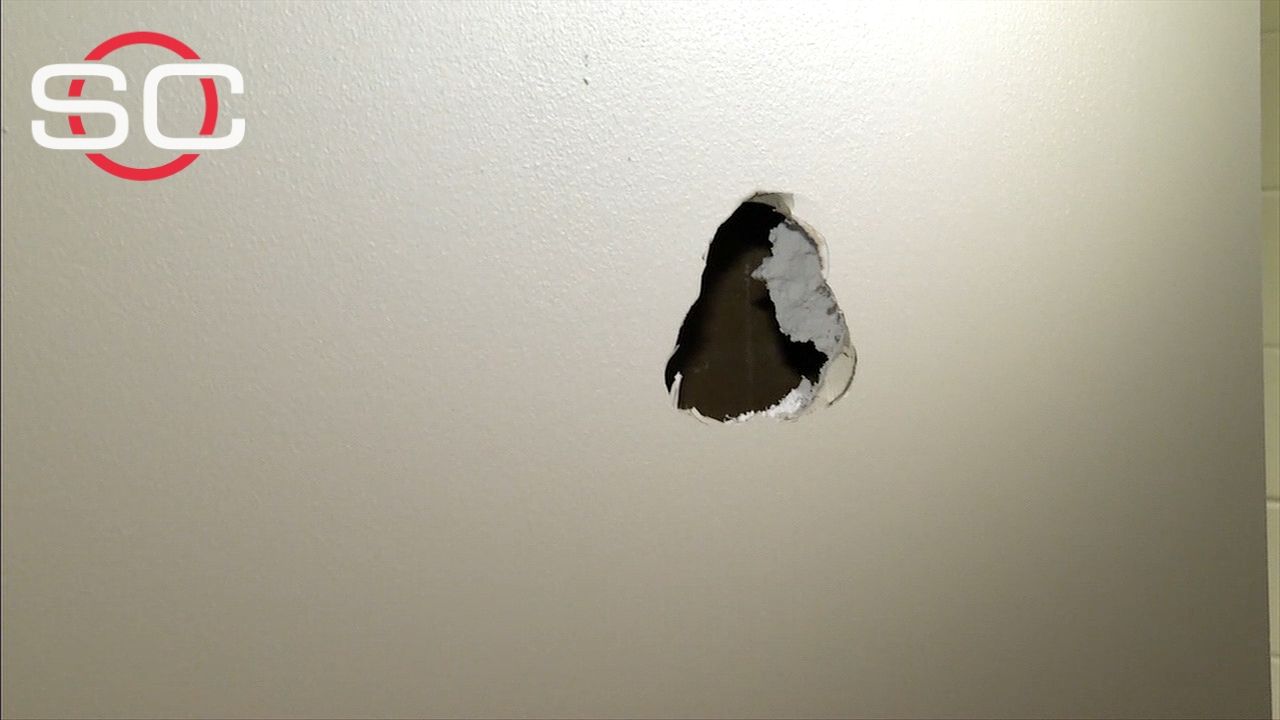