Olney: Why the Indians have an edge over AL contenders 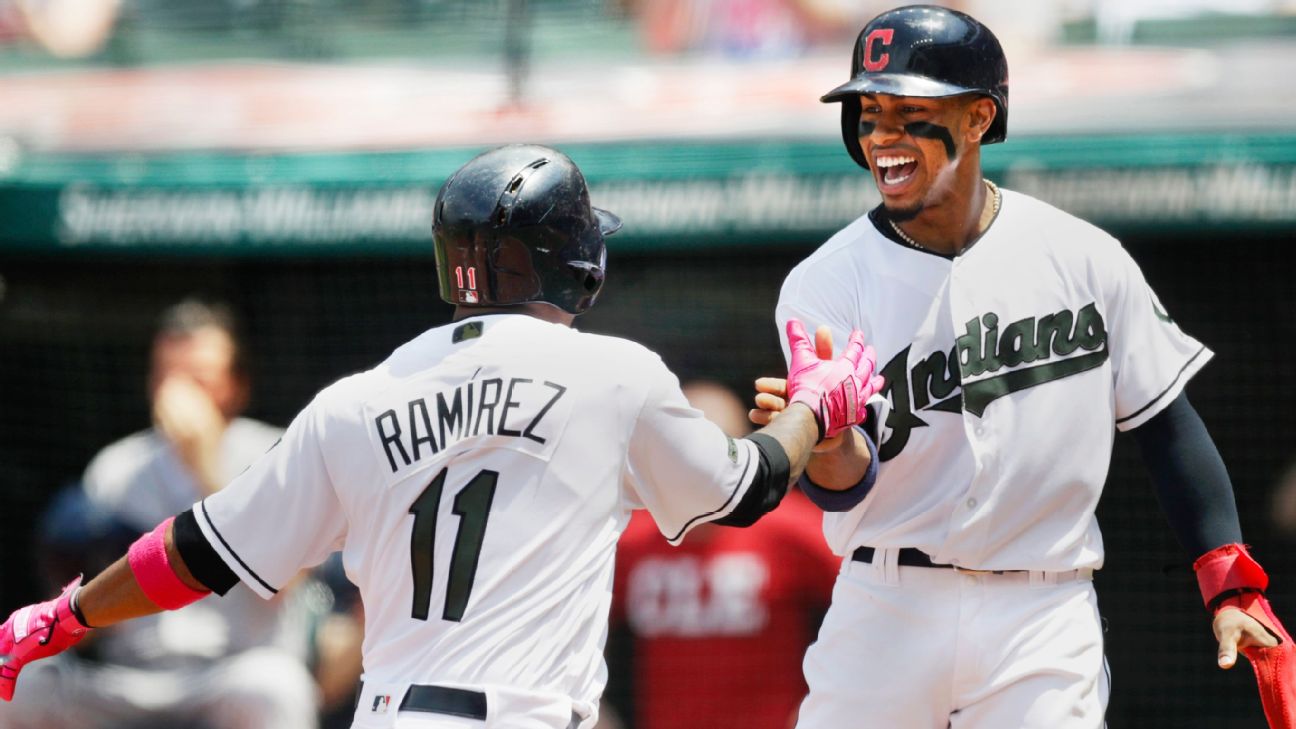 Five American League teams have better won-lost records than the Cleveland Indians. With almost two-thirds of the 2018 season completed, the Indians rank 29th of 30 teams in bullpen ERA. Bradley Zimmer, who was supposed to be the Indians' center fielder this season, just had major shoulder surgery and is out for the rest of this year. And with just eight days remaining before the trade deadline and clubs scrambling to plug holes, the Indians might rank among the most cash-poor teams in baseball, with little financial flexibility.
But with all of that said, the Indians might be better positioned for the stretch drive and October than any contender in baseball, with some enviable advantages that could make them very dangerous.

Because Cleveland inhabits the AL Central, baseball's worst division, it is already in a commanding position to reach the postseason while avoiding the one-game wild-card playoff. The Yankees can't say that, nor can the Red Sox or the Astros. The Indians' lead over the Minnesota Twinsis 9 games, and rival executives believe the Twins will become sellers in the next eight days. According to FanGraphs, the Indians' chances for reaching the postseason stand at 99.6 percent.

Every decision made by the front office and manager Terry Francona over the next nine weeks can be viewed through this prism of certainty. If the hard-grinding Jose Ramirez needs an extra day to rest a nagging injury -- or two days, or six days, or two weeks -- the Indians will have the space to make that happen. Corey Kluber's work ethic is renowned, but the Indians can save him from himself by limiting his workload, by skipping a start or two, by pulling him an inning or two earlier than they normally would.

Other contenders may have to push exhausted relievers through August and September, using them on back-to-back days repeatedly. Francona, now operating a bullpen fortified by last week's trade for relievers Brad Hand and Adam Cimber, won't really have to push any of his relievers on any given day, other than to prep them for situations that could arise in October.

The Yankees continue to search for a major rotation piece, the Red Sox seek a high-end reliever and maybe a second baseman, and the Astros need a closer. The Indians' front office already has executed the heaviest lifting of its trade deadline work through last week's trade, and now it can focus on fine-tuning the roster by adding pieces that are more easily acquired than what New York, Boston or Houston seeks.

The Indians could use a right-handed hitting outfielder, but as was demonstrated last winter, cheap outfield options are generally plentiful. Maybe the Giants will become sellers and look to cash in Andrew McCutchen before he becomes a free agent. Maybe the Marlins move Cameron Maybin. The Reds have a surplus of outfielders from which they could deal, and reportedly, the Indians expressed interest in Adam Duvall. Maybe Carlos Gomez will get hot and become a trade option. Whatever, however: The Indians can wait for a solution to emerge -- and they'll have choices in this spot, inevitably.

They could add a third baseman and shift Ramirez to second base, something they did late last season. Maybe that's why they have talked to the Mets about Asdrubal Cabrera, a switch-hitter and former Indian who can hit for power and generate good at-bats. Maybe they'll take a run at Mike Moustakas, while asking the Royals to pay Moustakas' salary in return for Cleveland forking over a better prospect. Maybe the Indians will wait for more alternatives to develop in the August waiver period.

And one more thing, about the waiver process: Because of the Indians' won-lost record, they will likely be the waivers gatekeepers in the AL. For now, it appears Boston, Houston, the Yankees, Seattle and Oakland will all rank behind Cleveland in the waivers pecking order -- giving the Indians the first shot to consider each player who passes through. The Indians could use this position to try to add, or they could use it to try to block the other contenders: If the Indians place a claim on a player ahead of the Astros, Red Sox and Yankees, the Indians will prevent that player from ever reaching the AL's superpower teams.