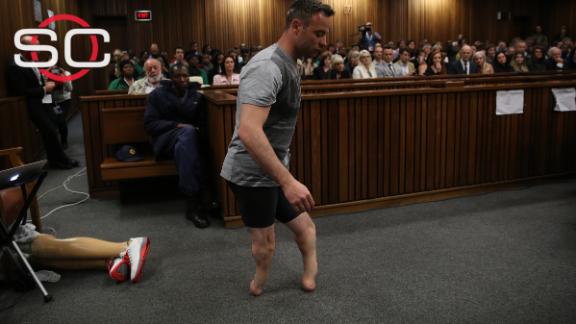 PRETORIA, South Africa -- Oscar Pistorius removed his prostheses and hobbled on his stumps in a South African courtroom Wednesday as part of his defense team's argument that the double-amputee athlete, convicted of murdering girlfriend Reeva Steenkamp, is a vulnerable man who deserves leniency when he is sentenced.

Judge ThokozileMasipa said she will announce his sentence on July 6. She adjourned the case on Wednesday after three days of testimony and arguments.

Defense lawyer Barry Roux asked Pistorius to remove the prostheses and the former track star and Olympian, who had taken off his suit and put on a T-shirt and running shorts during a recess, then hobbled in front of Judge Masipa. The demonstration drew gasps from some onlookers in the courtroom and Pistorius became tearful.

"I don't want to overplay disability," Roux said ahead of the demonstration, "but the time has come that we must just look (at Pistorius) with different eyes."

Chief prosecutor Gerrie Nel, however, said Pistorius should get the minimum sentence of 15 years in prison for murder, arguing that he had not shown genuine remorse a well as noting the seriousness of the crime and the devastating impact on Steenkamp's family.

A judge can reduce the minimum sentence of 15 years for murder in some circumstances.

Pistorius is currently under house arrest and awaiting a new sentence after an appeals court overturned an initial manslaughter conviction against him and changed that to murder for shooting Steenkamp at his home in 2013.

Walking in court on his stumps while dressed in sportswear emblazoned with the logos of his former sponsor Nike, Pistorius was unsteady at times, holding onto wooden desks and helped by a woman at one point. He then returned to a bench where he sat alone, head bowed, and wiped away tears.

When he had his chance to address the judge, Nel asked Masipa not to forget that Pistorius shot four times into a toilet cubicle from close range with no justification when he killed Steenkamp.

"He intended to shoot someone in the bathroom. He did," Nel said. "Pity will play no role in the sentence."

The defense's argument is that Pistorius, a multiple Paralympic champion and a history-making amputee athlete who ran at the 2012 Olympics, was a scared disabled man when he shot Steenkamp through the toilet door. Pistorius was on his stumps when he fired the fatal shots; he testified at his murder trial that he felt vulnerable and thought an intruder was in the house.

Prosecutors charged that Pistorius intentionally killed Steenkamp after a fight.

Nel also addressed the argument that Pistorius is a "broken man" because of the grief from killing Steenkamp and the trauma that followed as the world focused on his case. Nel referred to the emotional testimony a day earlier of Barry Steenkamp, father of the victim.

"If you ever want to talk about a broken man, we saw a broken man there," Nel said of Barry Steenkamp.

Nel repeated Barry Steenkamp's request that graphic photographs showing the fatal wounds Pistorius inflicted on his girlfriend -- including a severe head injury -- should be made public in the hope of deterring people from doing what Pistorius did.

Masipa initially acquitted Pistorius of murder at his trial in 2014, but her decision was overturned last year by South Africa's Supreme Court. The sentencing hearing is scheduled to run through Friday this week.

While prosecutors are seeking a long jail term for the 29-year-old Pistorius, his defense has argued that he should be spared prison and allowed to do community work with children.

Roux began his arguments by saying there are misconceptions over Pistorius' murder conviction. Roux said "substantial and compelling circumstances" existed that would allow the judge to deviate from the minimum term of 15 years in prison.

One misconception, Roux said, was that people believed Pistorius was convicted of murder for intentionally killing Steenkamp. The Supreme Court found Pistorius guilty of murder in that he realized that someone might die as a result of his actions and went ahead anyway. The ruling didn't say that Pistorius knew it was Steenkamp -- and not an intruder, as he claimed he thought it was -- behind the door. 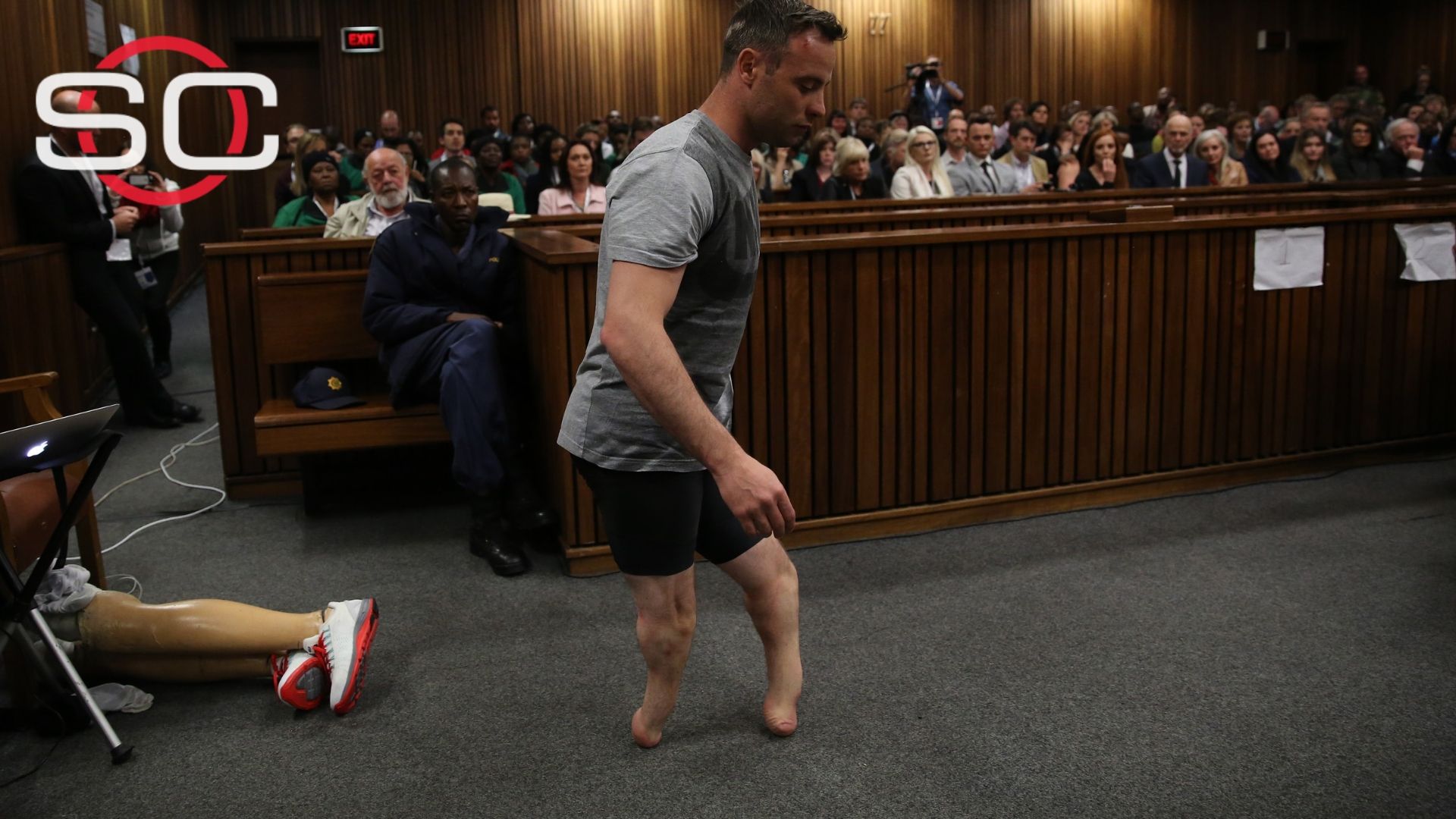