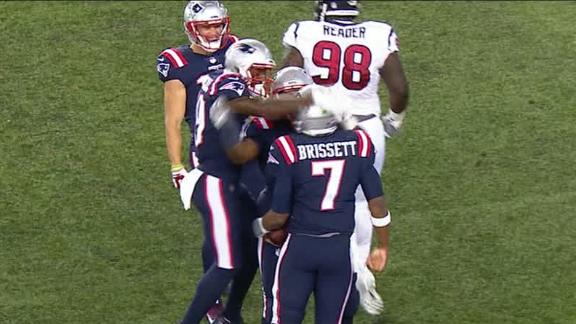 FOXBOROUGH, Mass. -- Rookie quarterback Jacoby Brissett rushed for a 27-yard touchdown in the first quarter of the New England Patriots' 27-0 win over the Houston Texans on Thursday night, and he personally delivered the football to coach Bill Belichick on the sideline after the play.

After the game, Belichick delivered the ball back to Brissett in a behind-the-scenes celebratory moment in the locker room as the quarterback was awarded a game ball.

"I was just holding the ball for him. That's his ball, his first touchdown ball, so that will go up on his trophy [case]," Belichick said.

Starting in place of the injured Jimmy Garoppolo, who was inactive with a right shoulder injury, Brissett finished 11-of-19 for 103 yards while adding 48 rushing yards on eight carries and the touchdown.

He didn't turn the ball over as the Patriots played a field-position game and capitalized on the Texans' mistakes by turning two forced fumbles on kickoff returns into touchdowns.

Belichick was impressed with how Brissett, 23, rose up in prime time as the Patriots improved to 3-0 without the suspended Tom Brady.

"I think he handled himself great -- last week, this week, all week, every day," Belichick said. "He's done nothing but come in here and work as hard as he possibly can. He's just a hardworking kid that's really dedicated to doing what's right for the team and trying to improve. I'm glad we have him."

For his part, Brissett -- a third-round draft choice out of NC State at 91st overall -- confessed that he didn't have many nerves before the game.

"A lot of the veteran players stepped up and helped me a lot, just giving me confidence, the coaching staff gave me confidence, and everything went from there," he said.

The coaching staff, led by offensive coordinator Josh McDaniels, tailored the game plan to take advantage of Brissett's running ability -- he totaled 283 carries for 902 yards and 12 touchdowns at NC State (2014-15) and Florida (2011-12) -- by mixing some option-type plays into the attack.

The 27-yard touchdown was one such example, as Brissett ran to his right and found plenty of room to that side.

"I was just running until I got stopped, so it worked out how we planned, and I just had to make one guy miss at the end zone," Brissett said.

The touchdown helped the Patriots capitalize on good field position that was created when running back Brandon Bolden forced a fumble on a Charles Jameskickoff return that was recovered by safety Duron Harmon at Houston's 22-yard line.

A false start penalty on right tackle Marcus Cannon pushed the Patriots back to the 27, and that's when Brissett took off. He tucked the ball quickly after the snap and could have gone out of bounds near the end of the run but instead lowered his shoulder and powered his way into the end zone.

The QB was offered at 30-1 to score the game's first touchdown at MGM's sportsbooks. Jay Rood, MGM vice president of race and sports, told ESPN that his shop took enough bets on Brissett to cause a five-figure loss.

"Let's just say we were not rooting for that," Rood said.

The Patriots opened as a 2.5-point underdog earlier in the week at some books. The line moved in New England's favor leading up to kickoff and ended up closing at Patriots minus-1 at the MGM and pick 'em at other sportsbooks.

Despite the line movement toward the Patriots, the majority of the money bet was on the visiting Texans.

At William Hill's Nevada sportsbook, 61 percent of the money bet on the game was on the Texans. Sportsbook operator CG Technology and MGM reported similar action on Houston.

"If Pats hold on, all is good," Rood said before the game went final.

Brissett sets Pats up for 4-0 start without Brady
Everyone saw Jacoby Brissett hand the football to Bill Belichick on the sideline after his 27-yard TD run, but what people didn't see was Belichick handing it back to Brissett in the locker room as a game-ball winner. Now Pats in pursuit of 4-0 start. 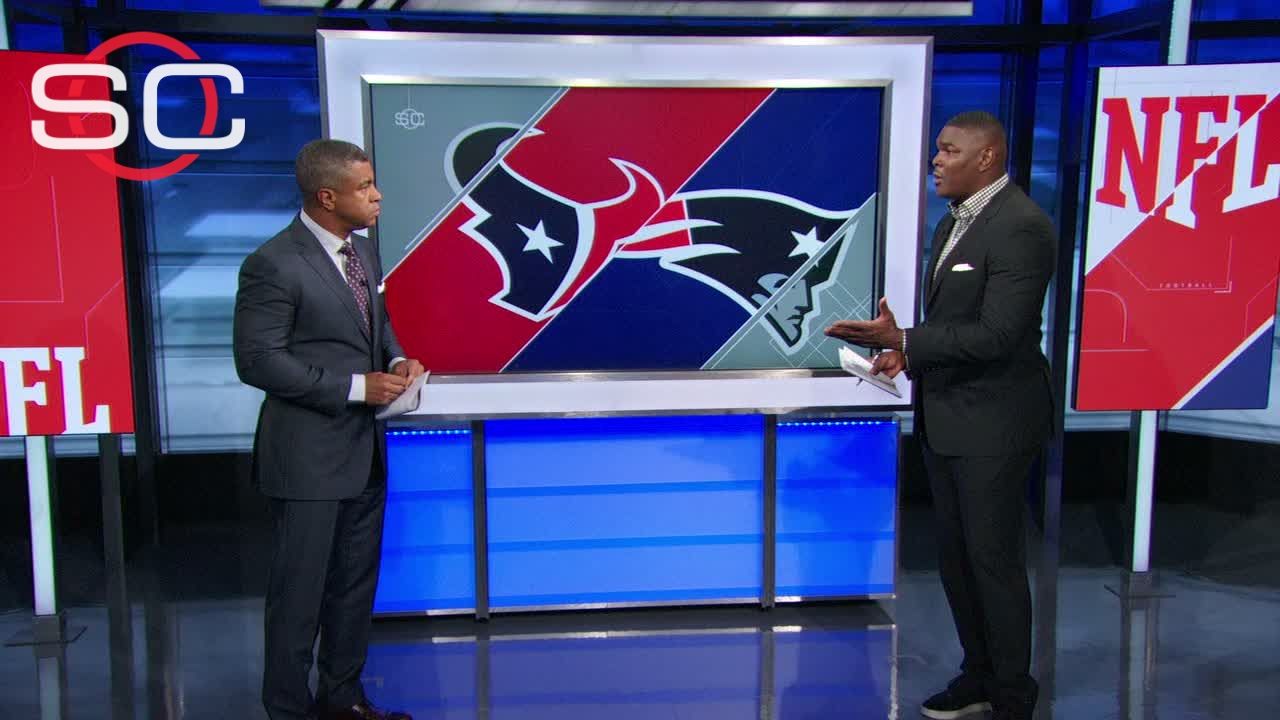