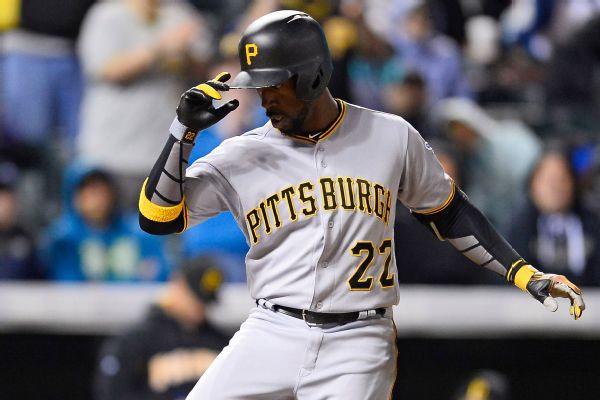 The Pittsburgh Pirates and Washington Nationals are ramping up talks about a trade that would send star outfielder Andrew McCutchen to D.C., sources who have spoken with both teams told ESPN's Jayson Stark.

The Nationals, according to one executive, would like to make this deal Thursday, so they would be free to nontender shortstop Danny Espinosa before Friday's tender deadline.

If McCutchen joins the Nationals, he would play center field, which would move Trea Turner to shortstop and leave Espinosa without a position.

Pittsburgh is reportedly seeking a package that includes top prospects in exchange for the 30-year-old outfielder.

The center fielder is coming off his worst major league season, posting career lows in batting average (.256), on-base percentage (.336) and slugging percentage (.430). He also had 24 home runs and 79 RBIs.

If the Pirates are able to trade McCutchen, their plan is to move Starling Marte from left field to center field, according to multiple reports.