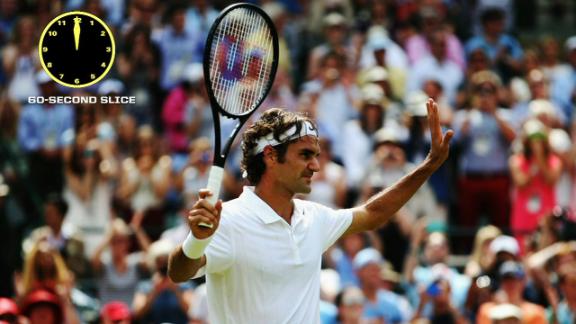 LONDON -- Chasing a shot to his right, Rafael Nadal slipped and tumbled to the Centre Court turf. He popped up, raced across the baseline to get back into the point, and later capped the 14-stroke exchange with a backhand passing winner.

The reason for the two-time Wimbledon champion's recent inability to play well on grass remains something of a mystery. As far as Nadal was concerned Tuesday, all that mattered was that he dusted himself off and eventually ended a three-match -- and seven-set -- losing streak on the slick surface.

Overcoming a deficit against a flat-hitting opponent who kept finding lines early, Nadal beat 51st-ranked Martin Klizan of Slovakia 4-6, 6-3, 6-3, 6-3 to reach the second round. Nadal's reaction afterward -- pumping fists, raising arms aloft, tossing souvenirs to the crowd -- was rather over-the-top for a guy who owns 14 Grand Slam titles.

"So happy for the victory. In the end, the match was difficult. After the first set, (it) was even more difficult," said the Spaniard, who is ranked No. 1 and seeded No. 2 but approached this opening-round encounter with some trepidation. "When you go on court and you lost last year in the first round, the year before in the second round ... (I'm not) going to lie ... it stays in your mind."

Next for Nadal is a match against the man who beat him in 2012's second round, Lukas Rosol of the Czech Republic.

"He is a very dangerous player; very strong, very powerful at the baseline," Nadal said.

Like Nadal, Roger Federer also exited early last year, but on Tuesday he was all business and advanced in straight sets.

"This is what I still play for," said the 33-year-old Hewitt, a former No. 1 now ranked 48th after a series of injury issues. "You do all the hard work to come back and play in places like this. You don't get sick of coming out here and playing at Wimbledon."

For Nadal, everything comes so easily on red clay, and he just added his record ninth trophy at the French Open. But he says grass is a lot tougher on his knees, which have bothered him off and on for years.

Still, Nadal used to be fine on the green stuff.

He played for the title on five consecutive trips to Wimbledon from 2006-11, winning the championship in 2008 and 2010 (he missed the tournament in 2009 because of a knee injury). But in 2012, he lost to then-100th-ranked Rosol. Last year, Nadal exited in the first round against 135th-ranked Steve Darcis. And this month, Nadal lost his opening match at a grass-court tuneup in Halle, Germany, to 65th-ranked Dustin Brown.

For a little more than a set Tuesday, Nadal ran into trouble again on grass. This time, he turned things around.

Nadal Advances To Second Round
After dropping the first set, Rafael Nadal bounces back to win the next three to beat Martin Klizan in the opening round at Wimbledon. 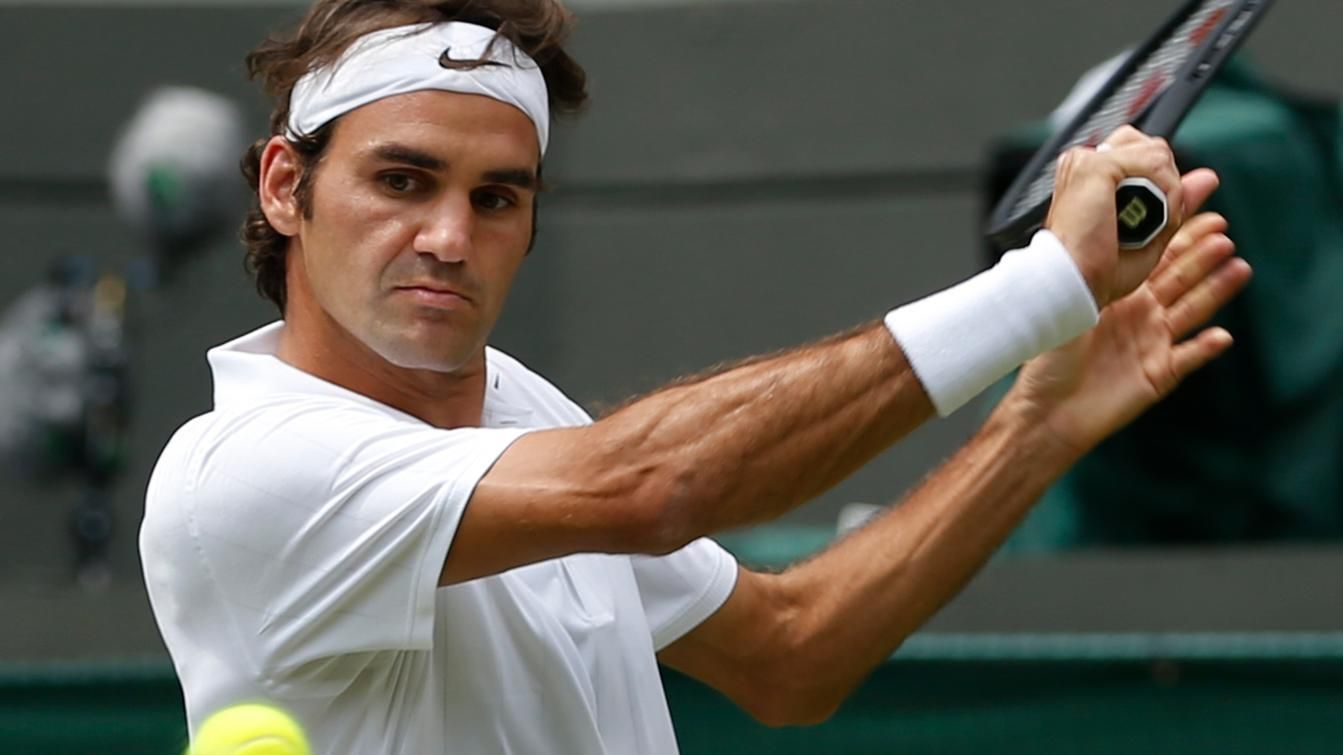 Federer: I'm Here To Win The Tournament
Roger Federer speaks about his first-round win over Paolo Lorenzi and what makes Wimbledon so special.

Rafa On 700th Victory, First-Round Win
Rafael Nadal talks about his first-round victory over Martin Klizan and how significant his 700th career victory is to him.

Wawrinka, Tsonga: Big Four Just Too Good
Stan Wawrinka and Jo-Wilfried Tsonga talk about how difficult it is to get to the finals of a Grand Slam tournament when the big four are in the mix.