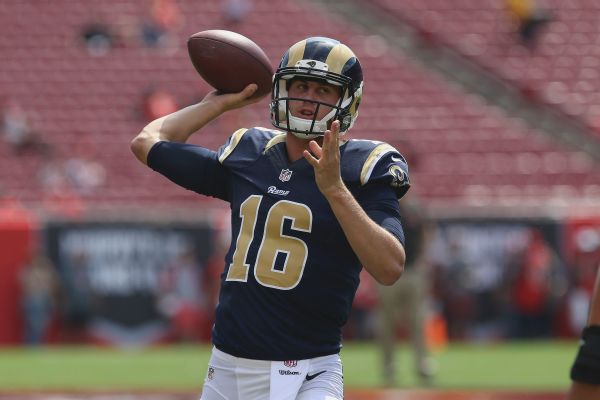 Jared Goff will make his first NFL start at quarterback for the Los Angeles Ramsin front of a home crowd on Sunday against the Miami Dolphins, the team announced Tuesday.

Rams coach Jeff Fisher informed Goff and Case Keenum of the switch when he met with the quarterbacks Tuesday morning, sources told ESPN. Keenum, who has started the team's first nine games, will be the backup, and second-year QBSean Mannion will remain No. 3 for now.

Goff was the first pick in 2016 NFL draft, but he made steady progress in practice during the first half of the season. Sources said the Rams' staff believed the rookie from Cal was "close" to stepping in as the starter within the past two weeks, but Keenum remained the quarterback for Sunday's 9-6 road win against the Jets at MetLife Stadium.

It was the third game in which the Rams' offense failed to score a touchdown, which prompted Fisher to joke Monday that his team was an "offensive juggernaut" and 2-1 in games when the Rams had not produced a TD.

The Rams' confidence in Goff is evident as the 4-5 team remains in contention for a playoff spot. He has been getting limited reps with the first-team offense the past few weeks, including all the first-team reps during the Rams' bye in Week 8.

Fisher, who was not available for immediate comment, has maintained that Goff would be the starter "when he's ready." Goff was inactive Week 1 with Mannion serving as Keenum's backup, but Goff has been the No. 2 quarterback since Week 2.

Even though Goff was the first overall pick, five other rookie quarterbacks have started at least one NFL game this season, in part due to unforeseen circumstances: Carson Wentz (Eagles), Dak Prescott (Cowboys), Jacoby Brissett (Patriots), Cody Kessler (Browns) and Paxton Lynch (Broncos). Wentz and Prescott have started all of their teams' games.

There is not necessarily a belief that Goff alone will solve the Rams' anemic offense, a source said. Rams running back Todd Gurley has yet to get untracked, and the offensive line play has been spotty at times. The Rams rank second worst in the league in total offense and have scored the fewest points (139) in the NFL.

Nevertheless, with Goff now fully indoctrinated into the offense after exclusively running a no-huddle spread attack during four seasons at Cal, team sources said there is hope he will energize the team and a home fan base that was hostile during the team's last game at the Coliseum -- a 13-10 loss to the Carolina Panthers. That was the Rams' fourth consecutive loss after a 3-1 start.

On Sunday, Goff will face a Dolphins defensive front seven that overwhelmed the San Diego Chargers' offensive line and frustrated veteran Philip Rivers into throwing four interceptions in a 31-24 victory. Miami is on a four-game winning streak.

The rest of the Rams' schedule after the game against the Dolphins also would present its challenges for Goff. The Rams play early games at New Orleans (Nov. 27) and at New England (Dec. 4), then host Atlanta (Dec. 11) and visit Seattle (Dec. 15, Thursday night) before finishing with home games against San Francisco (Dec. 24) and Arizona (Jan. 1). 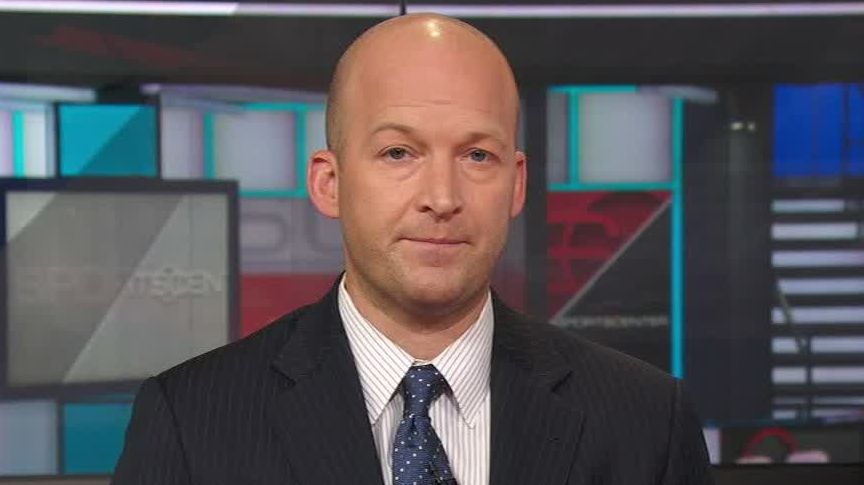