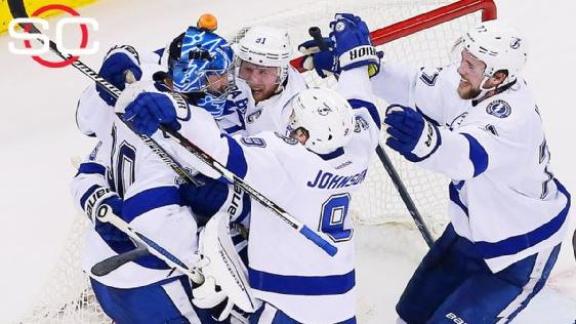 NEW YORK -- He didn't have a chance to stop the second goal that Tampa Bay'sOndrej Palatwhistled past him on one ofthose speed rushes that he had terrorized the New York Rangers with all series long. But the first goal -- that invincibility-piercing first goal that Henrik Lundqvist gave up, allowing theLightningto retreat even further into the masterfully controlled game they were playing in this Game 7 -- that's the one that will stick with Lundqvist and the Rangers long after Tampa Bay plays for this year's Stanley Cup instead of them.

Lundqvist has stopped far more scorching shots in his stellar career. Hell, he'd made far, far more spectacular saves in the first two periods of this tightly-played Eastern Conference final clincher at Madison Square Garden that went into the final period tied 0-0. He even seemed to have this wrist shot by Alex Killorn stopped, too, despite the thicket of bodies in front of him -- only to have the puck slither between his clenched pads and crawl achingly slowly across the goal line just 1:54 into the third period.

"I never saw it until it was too late," Lundqvist said. "It was just one of those plays where they threw it in front and through screens."

"And that," Rangers coach Alain Vigneault said in a near-whisper after Tampa's 2-0 win, "turned out to be the game winner."

Lundqvist tilted back his head after he saw the red light go on. He was heartsick. Dan Boyle, his veteran defenseman, did a double take as if he didn't believe it, either.

Tampa Bay will now go on to play the winner of Saturday's Game 7 between Chicago and Anaheim. And the Rangers, after reaching the conference finals three of the past four years, head off to another winter of what-ifs?

"We were right there. ... Right there," Lundqvist repeated several times. "It's painful right now. It really is. You put your heart and soul into this entire year to try and get an opportunity to play [again] in the final. And we were 20 minutes away.

"We just needed to get some bounces."

As post-mortems go, saying the Rangers could've used a little more puck luck is only partially right. The real truth -- hard as it was for the Rangers to take -- was they needed more of everything if they were going to repel this fast-rising Tampa Bay team that had the No. 1 offense in the league this season, has 15 players under the age of 25, and yet plays with a sort of fearlessness and skill that suggests it could be contending for Cups for years to come.

The Rangers had talked all season about changing the ending of last season, which saw them get to the Stanley Cup finals but lose in five games to the Los Angeles Kings. But in that series, and this one against the Lightning, it was difficult to come away feeling the Rangers had played like the better team.

A lot was made of the fact the Rangers won the Presidents' Trophy in the regular season. But look: Tampa beat them seven of the 10 times they played head-to-head, counting playoffs. Three of the Lightning's four wins in this series came on the Rangers' home ice. Their best players consistently outplayed the Rangers' best players, except for Lundqvist.

So there was nothing fluky about the fact they won this Game 7, too.

The Rangers lost because once again, they couldn't stop the Lightning's Triplets line. For the second straight game at the Garden, they couldn't score on the Lightning's unsung second-year goaltender Ben Bishop, who turned away 22 shots but was hardly tested as severely as Lundqvist (25 saves). It helped that Bishop's teammates blocked 20 shots in front of him and killed both power plays the Rangers had. The Rangers never really got their own speed game started.

"Throughout a game you always remember, 'I wish we'd scored on that opportunity,' but I can't really recall that type of chance," Lundqvist quietly said.

The Lightning knew so many things were supposedly stacked against them. The Rangers were 7-0 in Game 7s at home, and Lundqvist could've broken a tie with Patrick Roy and Martin Brodeur for the most career Game 7 wins in NHL history if he'd picked up his seventh straight Friday night. Tampa Bay had heard a lot, too, about the near-perfect stats he'd thrown up along the way: his miniscule 0.81 goals-against average and .973 save percentage in those wins.

Every bit of Lundqvist's stellar reputation is deserved.

And still, something Tampa Bay captain Steven Stamkos said before the game revealed how the Lightning had already flipped the script in their minds.

"He's a great goaltender, [but] he's never played the Tampa Bay Lightningin a Game 7 before -- that's how we are approaching it," Stamkos said.

The Rangers tried hard to rally after Killorn scored. But when Palat took a terrific cross-ice pass from Tyler Johnson and one-timed a shot by Lundqvist's left shoulder with 8:43 left, Lundqvist admitted, "Even though there was a lot of time left, it felt like the air just went out of us."

Lundqvist made his postgame remarks sitting in his locker with his goaltender pads and game shorts still on. His shirt was soaking wet. It was as if before he could muster the energy to peel off his equipment or lift a finger to do even one more thing, he had to process that another year of chasing the Cup was done and gone. Before long, a Rangers official announced Lundqvist was done taking questions. But a two-man crew from Lundqvist's native Sweden stood all alone, delicately asking if he might manage just a few more remarks for them. But Lundqvist didn't seem to hear them.

He was just staring at the floor now with his chin in his hand.

Lundqvist is 33. For the past six or seven years he has been the best, most consistently special player the Rangers have had. And yet it hasn't been enough to win it all. Even near-perfect -- which he often has been -- hasn't been good enough.

Afterward, the Garden fans seemed to let Lundqvist know they understood. As Lundqvist was finishing the postgame handshake line with the Lightning, the crowd that was left sent him into the offseason with at least one good Game 7 memory. At least now when he looks back on this season-ending night, there will be the Killorn goal and the Palat goal and, despite the loss, the roar of thousands of Rangers fans bellowing his name: Hen-rik! Hen-rik. Hen-rik!

It was meant to be a thank-you card, even a love letter, a reminder for him and all the Rangers that there's no shame -- only heartbreak -- when another heart-and-soul season goes tantalizingly well but ends agonizingly short.

"It's not going to feel good for a while," 39-year-old Rangers forward Martin St. Louis sighed.

"We thought that we had the team," Lundqvist said. 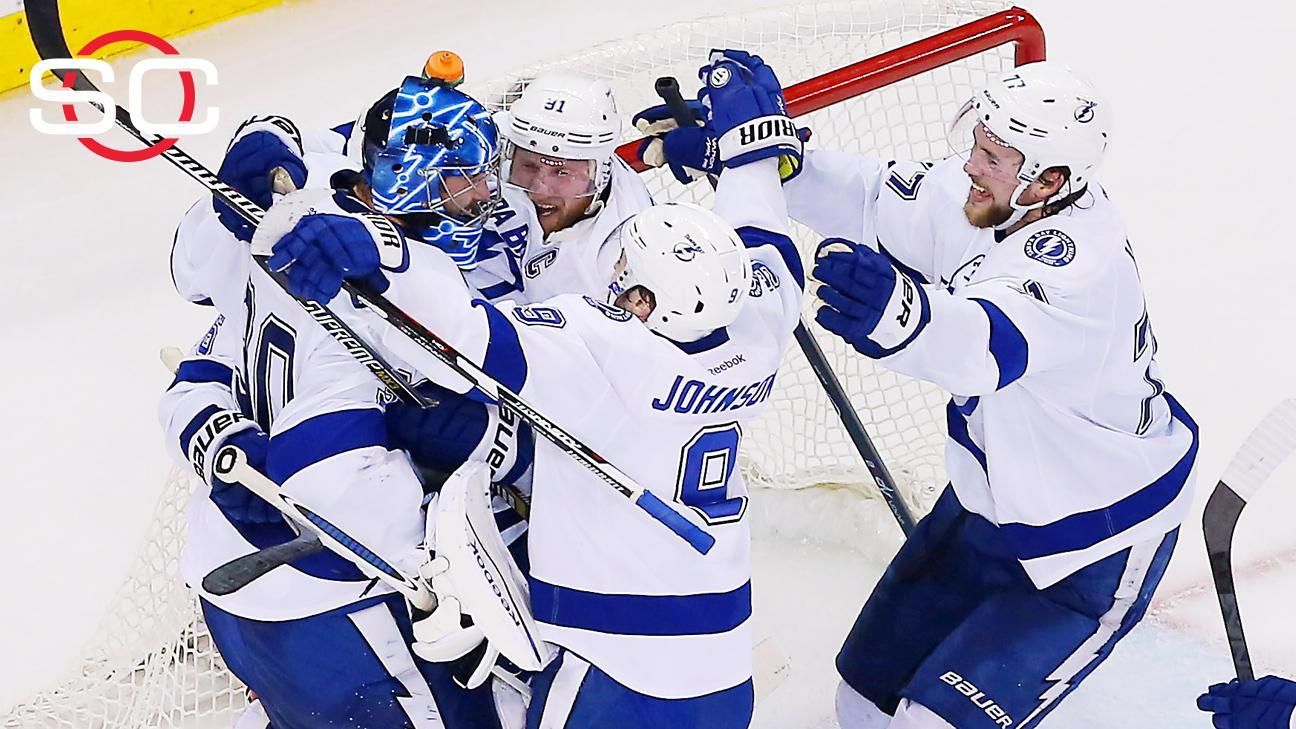 Lightning shut out Rangers in Game 7
SportsCenter Highlight of the night: The Lightning top the Rangers 2-0 in Game 7 of the Eastern Conference finals to clinch a spot in the Stanley Cup final.