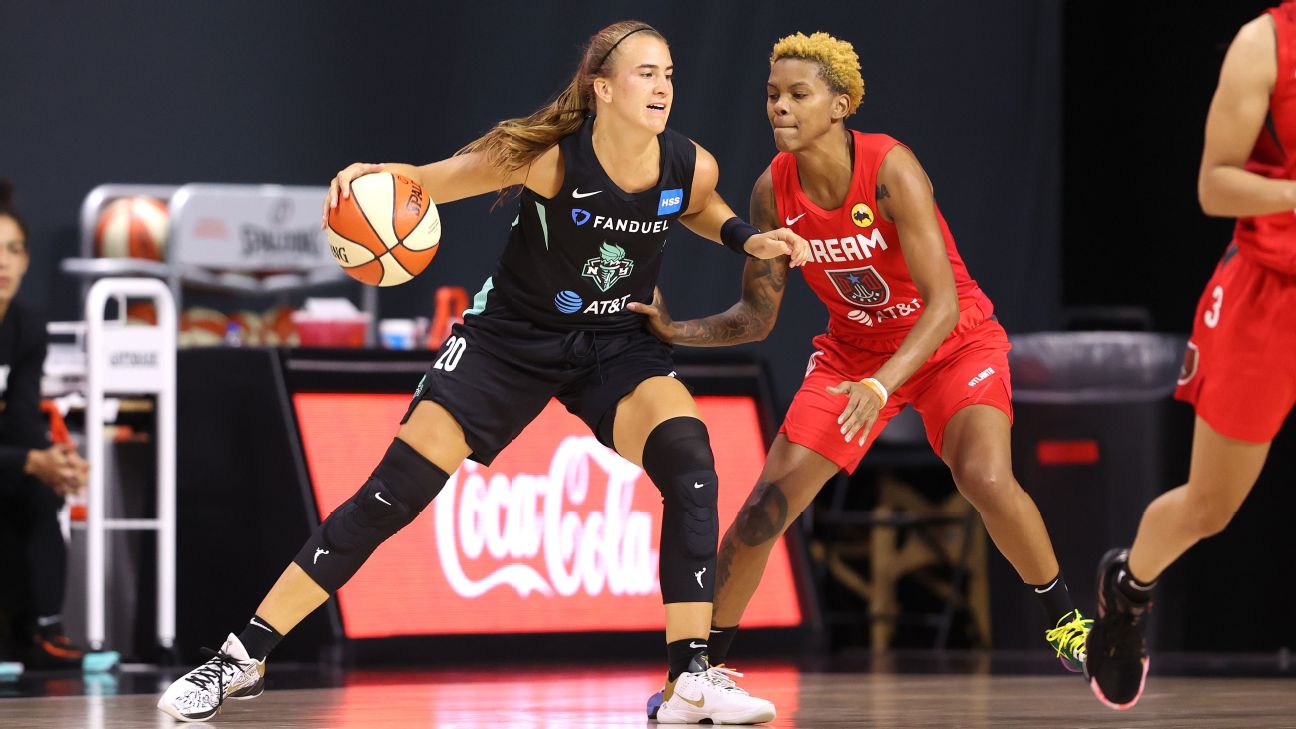 Sabrina Ionescu, the star New York Liberty rookie taken with the No. 1 overall pick in the WNBA draft, rolled her left ankle when she stepped on the foot of Atlanta's Betnijah Laney while bringing the ball upcourt Friday and did not return.

She was sent to a hospital in the Bradenton, Florida, area. ESPN's Holly Rowe reported that X-rays were negative, but Ionescu was still awaiting results of an MRI.


"I just know [it's] a sprain, and she's getting it looked at right now," Liberty coach Walt Hopkins said after his team's 84-78 loss.

WNBA commissioner Cathy Engelbert, who is in the league bubble, said during a conference call July 22 that a so-called "clean corridor" had been set up in advance as part of the protocol regarding an injury that might require an X-ray or an MRI. Thus, a player could go to the hospital to receive care there without having to then go back into quarantine when returning to the WNBA's campus.

Ionescu was 4-for-5 from the field for 10 points, with one assist and one rebound, before she suffered the injury with 5 minutes, 10 seconds left in the second quarter. Friday marked the third game of her rookie season, and she was coming off a 33-point, 7-rebound, 7-assist performance in Wednesday's loss to Dallas.

The Liberty already were without guard Kia Nurse, who sprained her left ankle in New York's opener Saturday. She returned to play 22 minutes on Wednesday but was out Friday.

Rookie guard Jazmine Jones, who played her first game of the season Wednesday after recovering from an ankle sprain, had 20 points to lead the Liberty, and Layshia Clarendon had 16. Jones, the No. 12 pick out of Louisville, got time at point guard Friday, a position she said she hadn't played since high school.


With Ionescu and Nurse injured, and Asia Durr out this season on a medical exemption, the Liberty's only other true guards are Jones and Clarendon.

"We're gonna have to huddle up and talk about it," Hopkins said. "There's not a lot of ready-to-go options hanging around. See if we can get Kia right, and hopefully it's not serious with Sabrina."

Ionescu missed four games her freshman season at Oregon but played every game as a sophomore, junior and senior for the Ducks. She had an NCAA-record 26 triple-doubles in her career and was the consensus national player of the year as a senior when she averaged 17.5 points, 9.1 assists and 8.6 rebounds.

Jones, one of seven Liberty rookies along with Ionescu, said the the team missed her but kept battling.

"She does a lot of on-court coaching when she's playing," Jones said of Ionescu. "That's how resilient we are -- knowing that we could have given up when Sabrina went down, but somebody had to step up." 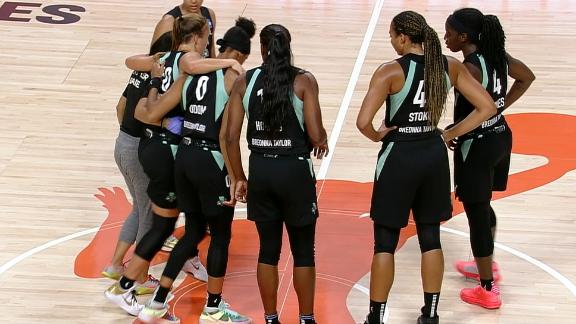